Review | Sky Masters of the Space Force: The Complete Dailies 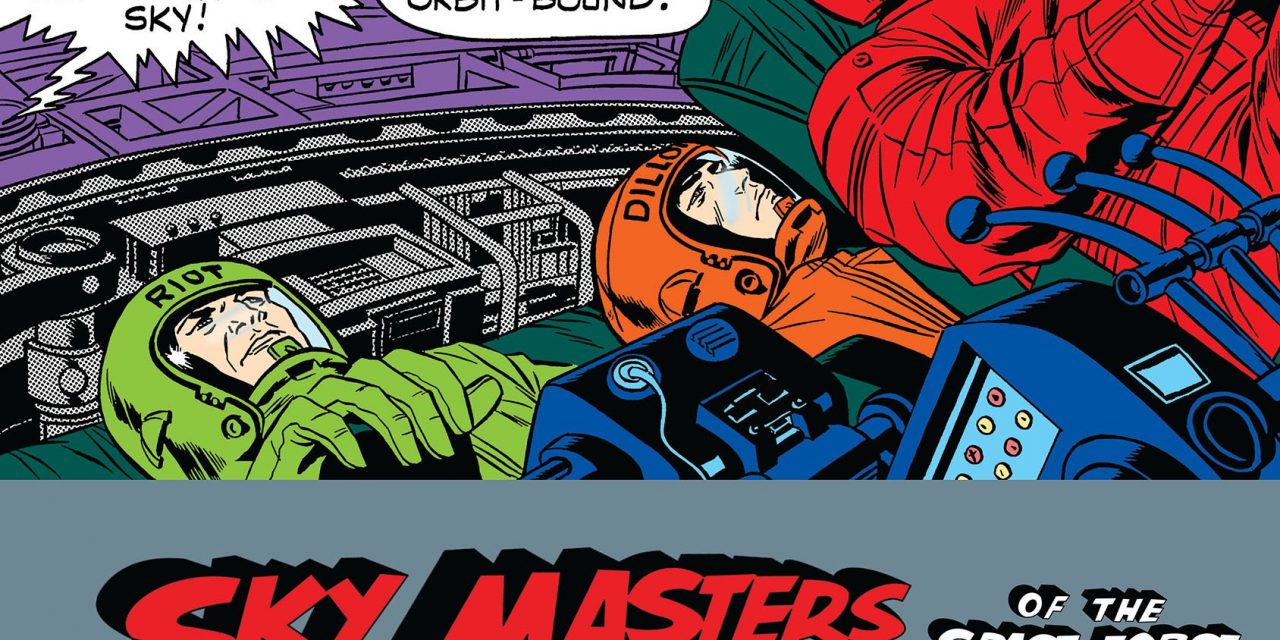 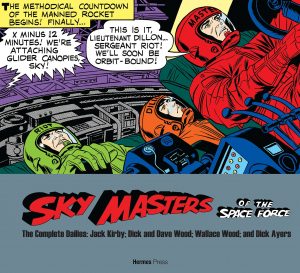 Jack Kirby’s comic strip masterpiece is presented in an archival version featuring the complete dailies from Sky Masters of the Space Force.  Veteran scripters Dick and Dave Wood provided these late-1950s space/action adventure stories starring Sky Masters of the Space Force and his gang of intrepid followers which closely resemble Kirby’s work on Challengers of the Unknown (which was being published at the same time). Kirby’s artwork is embellished by Wallace Wood and later by Marvel inker extraordinaire Dick Ayers.

Sky Masters was created at the beginning of the space race — when who would get into space and to the moon first—was a national obsession.  The strip takes place in the not to distant future where the United States sends men into space but hasn’t ventured much further yet. The series in clearly anchored in the late 1950s/early 1960s so it serves as a highly stylized period piece that still holds up very nicely.  The material used in this archival edition ranges from original art, to press proofs, to tear sheets, and boasts the best reproduction of the strip ever.

Classic Kirby before Marvel’s silver age launch, this is a must have. 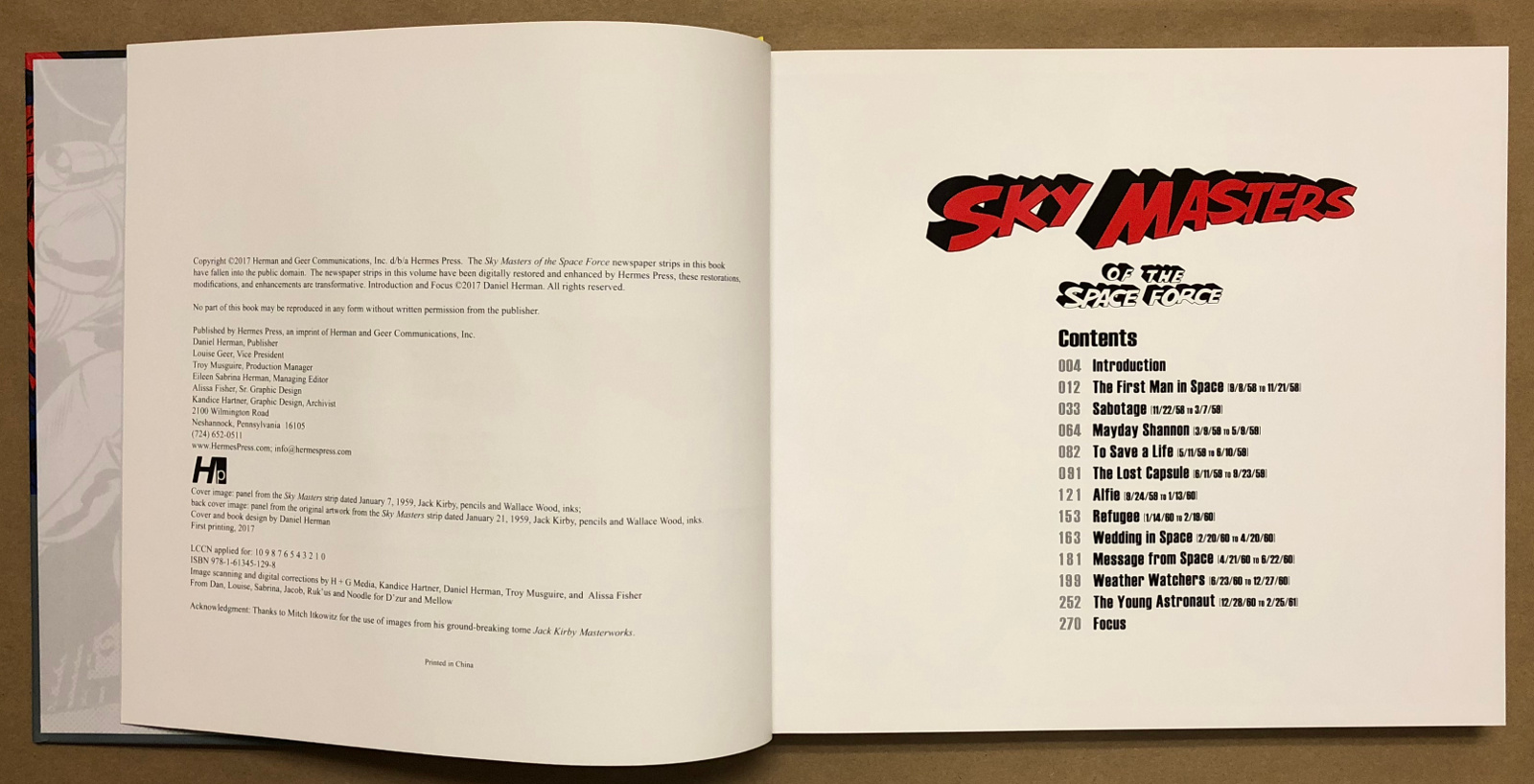 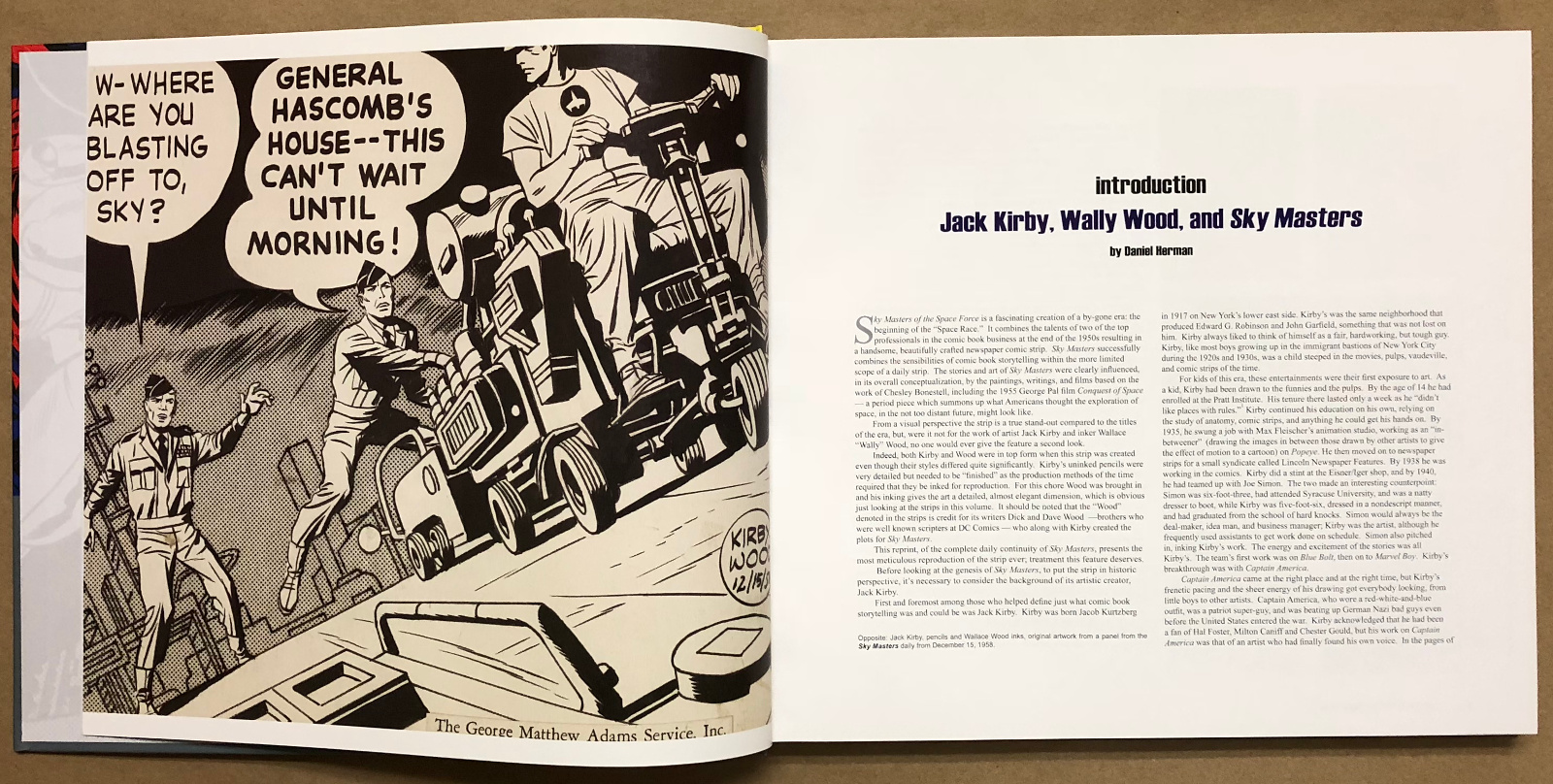 Best to start with this: Sky Masters is the name of the protagonist, not the group of characters. It’s classic 1950s. Here we have the complete collection of dailies, which ran from September 1958 to February 1961. There’s a note in the indices that Sky Masters is under public domain; look for a collection of Sundays from another publisher in April 2018.

Writing by brothers Dave and Dick Wood, with art by Jack Kirby and Wally Wood, with no relation between Wally and the brothers. Wally Wood leaves the strip towards the end and we get inks by Kirby and Dick Ayers.

As with most group tales from this period, Masters is the straight arrow, getting it done by the book. A Basic boring lead. In fact the characters all take themselves a little too serious for the first few storylines, but then we start to see some loosening up and even a little fun.

The stories are as varied and odd as you can imagine. A decade before the space race provided some interesting storylines, such as mimicking a person on earth as they pass over them in the space station, or having a wedding in space. They’re interesting, tense, funny, and so much more: completely entertaining from start to finish. Eleven storylines in total; it eases into the concepts of space flight and then moves to the hidden menace of a saboteur.

Wood’s inks on Kirby’s pencils present quite a combination and are a wonderful sight to see. The last few strips without Wood show Kirby as we’d know him in Marvel’s silver age. For an action strip there are a lot of talking head panels, but character expressions keep it engaging.

For the most part reproduction quality is excellent. Hermes drew from five different sources for the strips, and quality varies from beautiful crisp lines to thick black blobs. The highs and lows stick out the most, but the bulk of material presents well. The strips from original art are the standouts, with clean lines and inks.

Herman’s introduction lays the groundwork for Kirby’s moment in time of doing Sky Masters, and to a lesser extent Wally Wood. The book closes with a focus section on some of the original art used for the front and back covers.

Production is excellent. Sewn binding of thick glossy paper. The page numbers run along the edge with the book name split over the left and right pages. The story title would have been nice but that’s a minor contention as the table of contents provides the story name and dates. 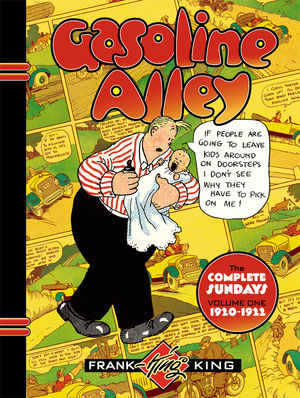 Bound Together | The Rocketeer By Dave Stevens 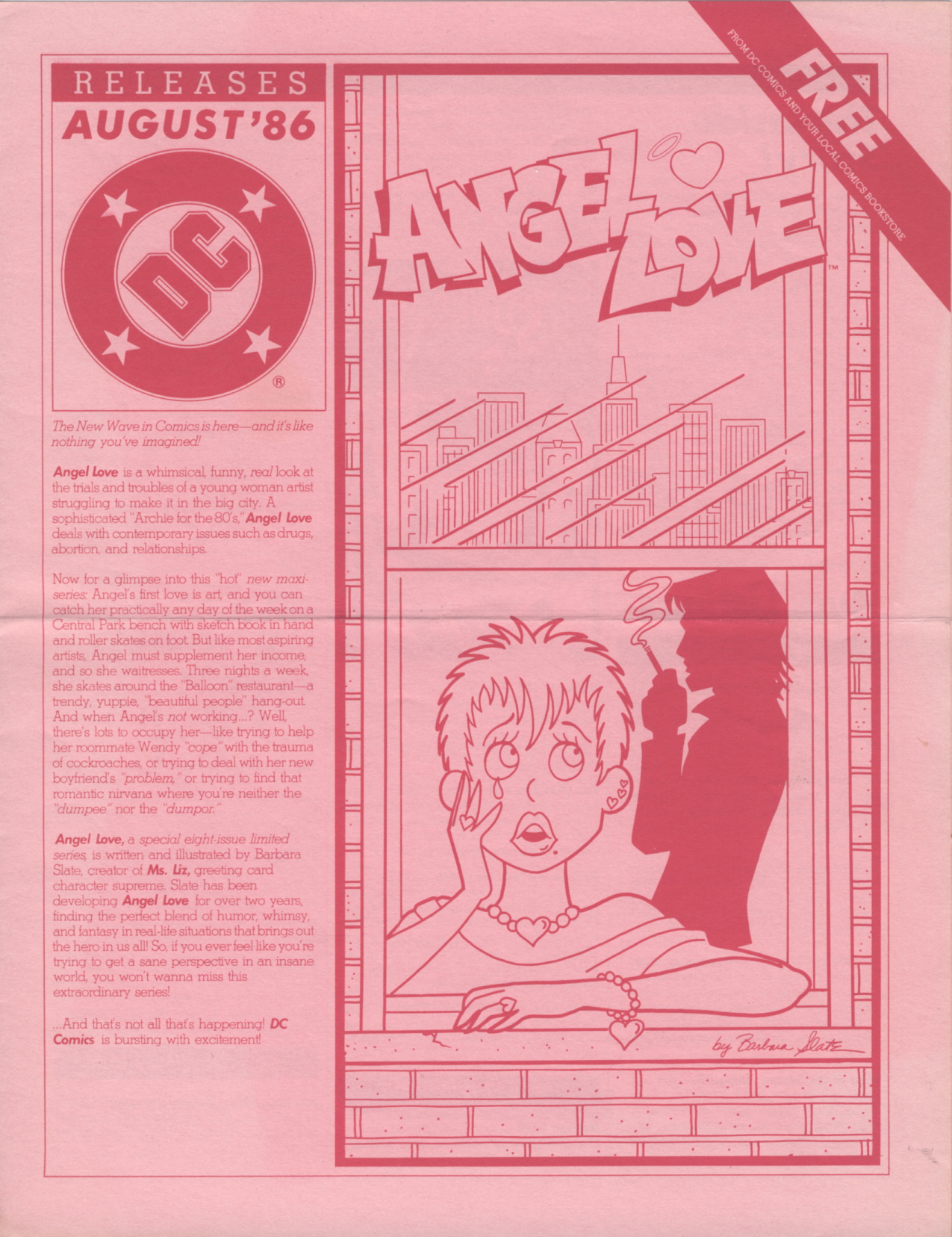 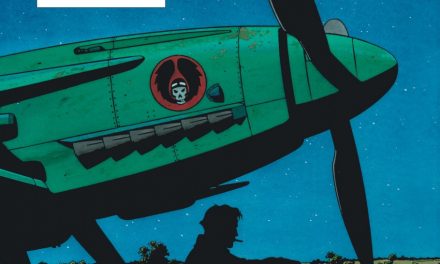