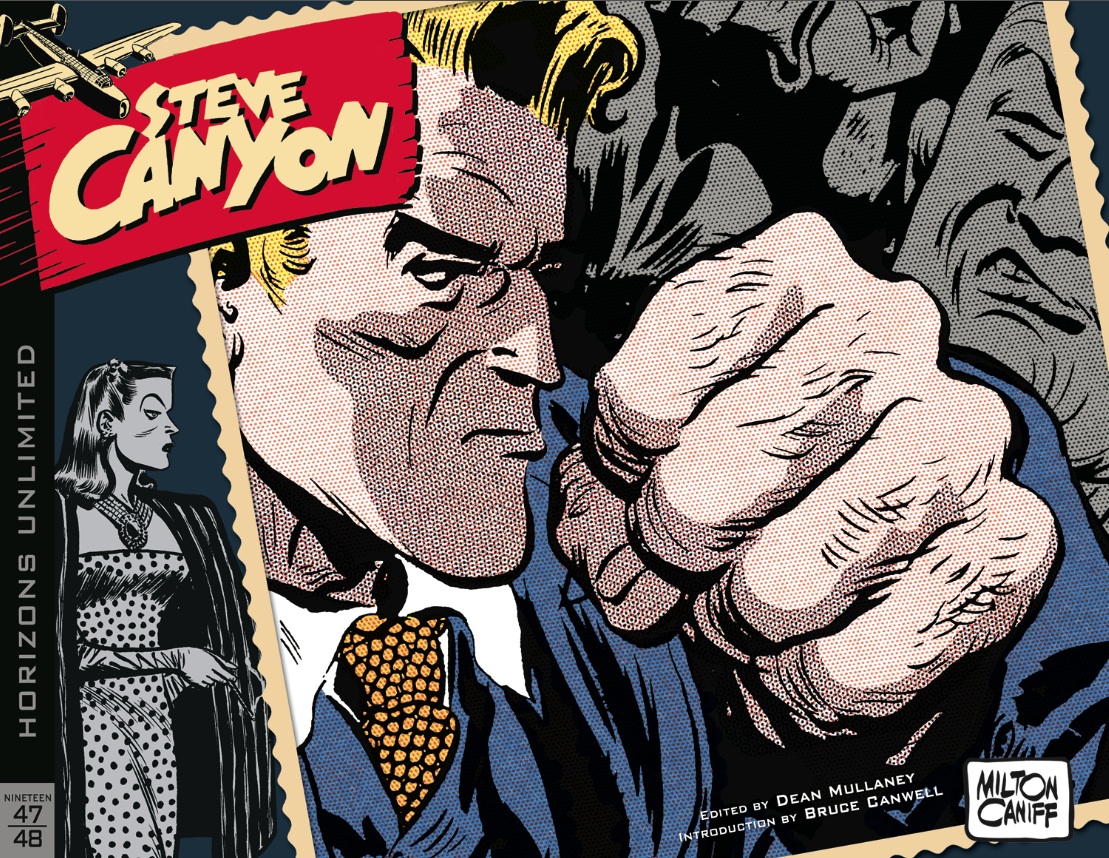 Being very new to newspaper comic strips the launch of The Complete Steve Canyon Volume 1: 1947-1948 seemed to be a big deal and enough to warrant some attention. Choosing not to preorder from my local comic shop this book nonetheless came home with me after a quick thumbing. Steve Canyon like you’ve never seen it before—reproduced in color directly from Milton Caniff’s personal set of syndicate proofs! For the first time, the definitive edition of Caniff’s famous flyboy featuring every Sunday in color and the daily strips in their original, uncropped versions.

The horizons are unlimited after World War II when Steve Canyon assembles a flight crew of veterans for his new air-transport business. Action flies high as Canyon and his men befriend Happy Easter, cross swords with the hirsute Herr Splitz, and match wits with Chief Izm. The Caniff women are also on display, as Canyon meets the steely yet sexy “Copper” Calhoun; the beautiful schemer, Delta; that modern-day Mata Hari, Madame Lynx; Dr. Deen Wilderness, who is as capable as she is lovely; plus Captain Shark, Convoy, and the footloose Fancy. The Library of American Comics launches this highly-awaited reprinting by collecting every daily and full-color Sunday from 1947 to 1948 in a single hardcover volume. There’s excitement, humor, lovely women, and wonderful art in the exciting Caniff style!

It takes me about six months to complete a newspaper strip volume so I’m usually hesitant to write a review since it’s so out of date with the release of said volume. Volume 2 of Steve Canyon was released this month so I really know I’m behind. I came into Steve Canyon with no other Milton Caniff under my belt: I have the Terry & The Pirates volumes on my shelf through a wonderful used book sale but haven’t tackled them yet. From what I gather with Steve Canyon Caniff is at the top of his game after a very long and successful Terry run; he’s confident in his style and storytelling. Back from the war and wanting to do his own thing with a completely new and creator owned work, Steve Canyon launched to great fanfare.

Our story begins with Steve Canyon and his flight company Horizons Unlimited. Canyon is back from the war with a lot of Air Force experience under his belt and the self-assurance of someone who has come through life’s lessons. His crew are all ex military men as would be very common for that era, save for the company’s secretary Feeta-Feeta. From the get go we learn what the groundwork for Canyon will be: woman falling for him no matter what, carrying forward an extremely common theme of other classic newspaper strips like Flash Gordon. Strong women in roles of power who just can’t help but fall for our hero; to be a cliché it has to build from somewhere. The basic premise of Canyon running a charter company, looking for work to keep Horizons Unlimited afloat and his employees working, is a great backdrop for the real reason to have this strip: action and adventure in foreign lands. And on that it delivers in spades. The stories are engaging and fun, something which should never be overlooked in a family comic strip. Along with the flying theme brings those exotic locations like South America, the Middle East, a south Pacific island and even a Soviet submarine.

It doesn’t take long for Canyon to add Happy Easter, a comic sidekick with an Appellation accent and clothes from the civil war. Yes, it’s just as awkward as it sounds. He’s part of an oil adventure and strikes it rich with the aid of Canyon, but decides to hire Horizons Unlimited with his new-found wealth and see the world. Hilarity and adventure ensue, in the most dated aspect of Canyon’s adventures in this volume. Gradually the other members of the cast fade off and we’re left with Canyon and Easter leading the action.

This is a well designed and executed book. At 11″ x 8.5″ we’re treated to three black and white dailies per page and a full page colour Sunday. The strips are from printer proofs and are clean and crisp; they look brand new. While $50 is a good amount of money the 336 pages of entertainment on offer make it a true bargain for fans of adventure comic strips. 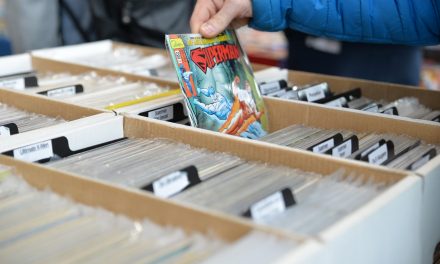 Where have the run collectors gone? 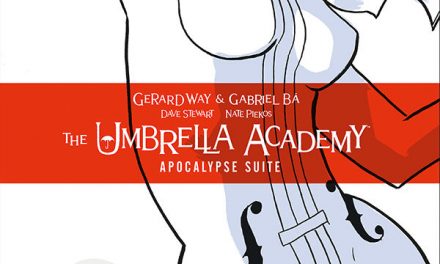 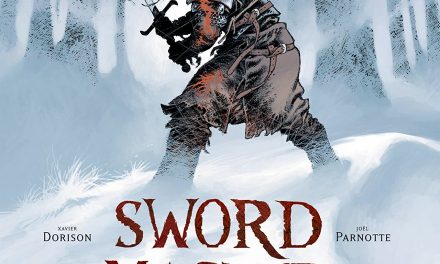