Fan Expo is absolutely crazy. Usually Friday is the dead day, the day that you don’t have to worry as much about the crowds. This was definitely not the case. Luckily it’s Canadian comic crowds so everyone is really nice, and you hear lots of “excuse me’s” and “sorry’s” as they barrel through you.

Having switched from the Metro Convention Center’s South Building to the North Building actually seemed to have worked out quite well, with less congestion due to a more well thought layout.

Marvel’s booth plays six pretty horrible top 40 songs over and over and over, and there’s not a lot going on there except for a few signings (I caught up with a few friends as they were in line for Steve McNiven and Ian Churchill.) Arune Singh and CB Cebulski are hanging out there and it seems like a few people are dropping by to say hi – do the same, and then see if they’ll maybe put on some different music.

DC’s booth is the same layout as last year, with tables squared off and a bunch of free swag on the tables. I walked by and saw Dan Didio and Jeff Lemire chatting.

It’s a pretty good show so far, I’m hoping to take more of it in tomorrow as I spent most of today digging through various comic book bins looking for back issues to find. (I’m looking for the oversized Runaways Hardcovers and any obscure stuff that catches my eye.) I sat in on a few panels – the highlight so far Blake Bell‘s panel on Bill Everett – of whom he’s written an upcoming book on – and Steve Ditko – whom he’s written on in the past.

So if you’re at Fan Expo tomorrow and you see this dashing figure cutting a swath through the corridors, come on up and say hey! 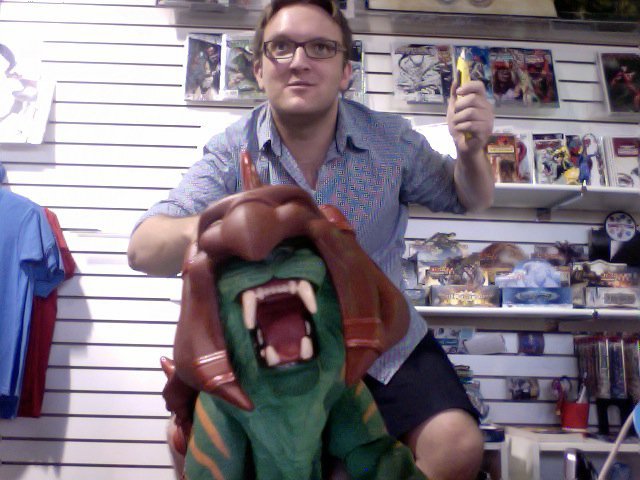 Pete DeCourcy is EiC of ComicBookDaily.com. He tumbls over at You Practically Rock and writes for The Simple Art of Crime. If you have any questions or demands of him, he can be reached via email at pdecourcy[at]comicbookdaily[dot]com. He’s pretty immature. 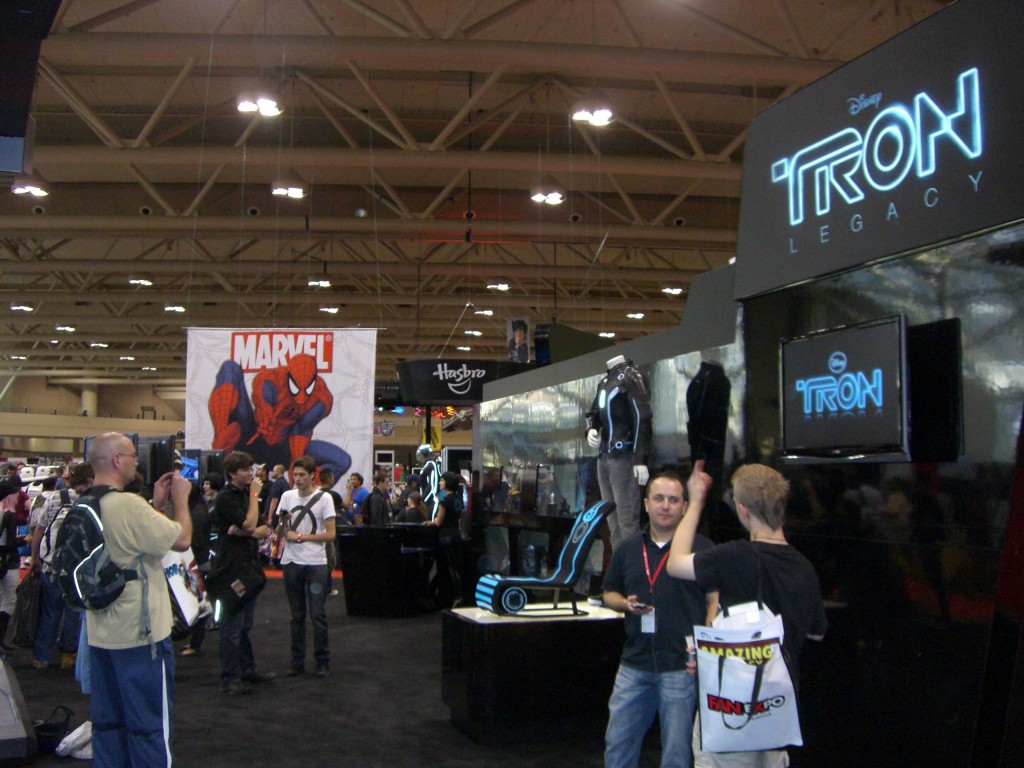