Every week Comic Book Daily asks the question and the crew (and special guests) give their answers; we’ll be doing this for 52 weeks. Tip of the hat goes to the gang at Scans Daily for the inspiration.  Pete’s been busy this week, so the question is mine [David Diep] this week.

How important is continuity to you when you read a comic series? 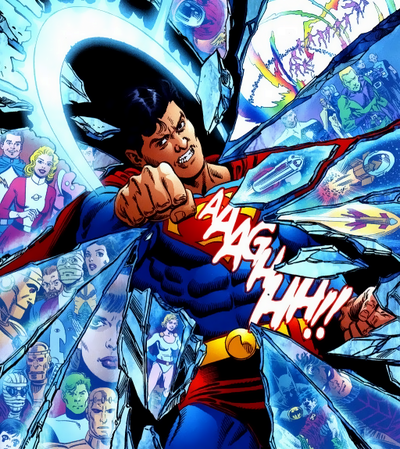 For me, if it’s a character that I am interested in, it’s pretty important. That’s why One More Day and One Moment in Time were so mind bogglingly bad to me. I like having certain events in a character’s history set in stone. It makes the character feel more real and that they progress as a person. I realize you can only take them so far before they deviate from an easily recognizable business property but from a reader’s perspective it’s pretty tiring to have stories you enjoyed suddenly not be part of a character’s fabric. 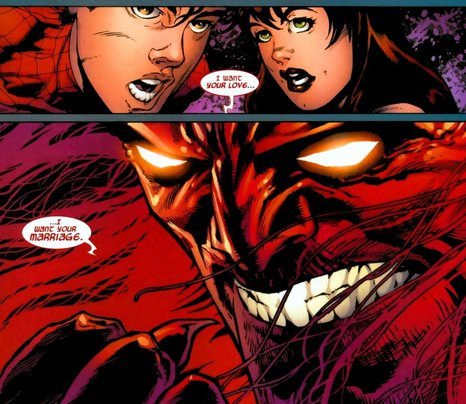 Continuity is extremely important. It’s what comic narratives and the characters are built on. Yes, it makes it a giant pain to get into a new series because you’re looking at decades of narrative history and character development but that’s part of the fun!

That being said, I typically don’t mind retcons.

Continuity is the greatest asset of the genre and its Achilles Heel. Decades long character history allows for episodic storytelling, but it also means that a writer is shackled by the past. That is why the Ultimate line did so well for Marvel. They retold some great stories but took out anything that was dated or didn’t quite work. Ultimate Spider-Man became THE go to book when parents came into a comic book shop asking for a Spidey comic for their kids. ASM was a total gong show.

Continuity only really matters for big things or things that fans love. If we pretended that Spider-Man never made a deal with Mephisto, if Marvel never mentioned it again, we would be better off, even though we are ignoring continuity.
It is also only with the Marvel Universe that fans really care about continuity. Old DC stuff had all sorts of crazy doings-a-transpiring. Superman is a lion, Jimmy Olsen marries a gorilla, Batman is a space alien, and then BOOM! next issue: it is like nothing happened. And fans didn’t care.

Once upon a time continuity didn’t matter because it was a comic book and comic books don’t need to make sense.

This is a topic I have been thinking about for the last week or so.  On my previous blog I raised the same question.  Yes, continuity is important.  It is difficult to maintain continuity because some characters have been around for 70 plus years, and every writer has a different vision.  If continuity needs to be changed, and if it is done well, it works out for the best.

A good example of this is Grant Morrison reviving the original Batwoman in Batman Inc.  The Kathy Kane character was removed from continuity, but Morrison did a great job returning her to the Batman storyline.  I think comic books fans will be accepting of continuity change, as long as there is a reason that makes sense to do so.

Once you make the commitment to continuity, you really can’t go back. You’ve made a promise to the readers, the story they are reading has internal consistencies and to break them breaks that trust. Which is why major game changers, Brand New Day, or a retooling of the characters origin, are so disruptive, they feel like a betrayal. And if I’m going to make the commitment to read a series regularly and willingly, then I expect the promise to be upheld.

I suspect that one of the reasons people move beyond superhero comics is the breaking of this trust. OGN’s and stories like Hellboy hold together and maintain continuity. They have a singular vision guiding them and there isn’t the danger of rotating creative teams running the continuity off the overpass.

Continuity isn’t that important outside a story arc.  For everyone on this thread proclaiming it’s all importance how many of you stopped buying a comic series because it broke continuity?  Opinions are nice but if they’re not backed up with actions then they’re just tears in rain. 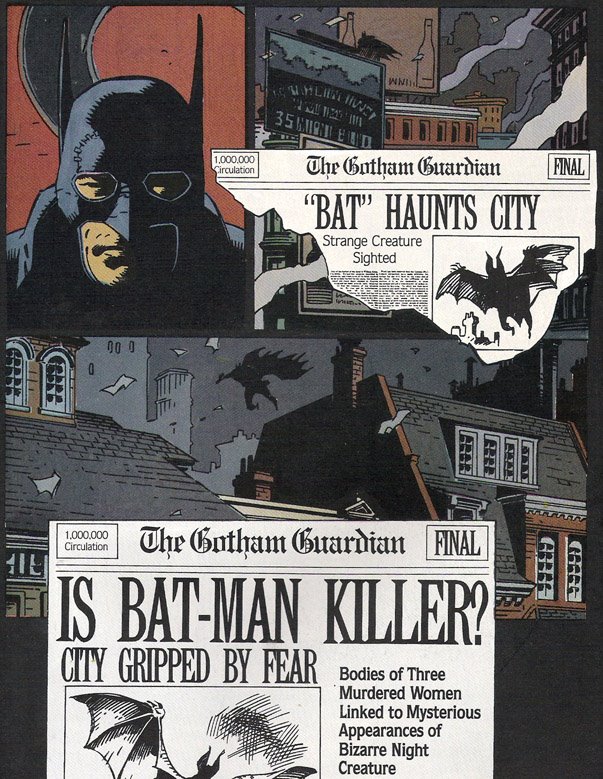 In fiction we accept whatever framework is established and then enjoy a story within that framework.  If the writer tears down and creates a new framework for every story arc but stays within the framework for that story we accept it and can enjoy it.  That’s why DC’s Elseworlds stories worked so well: a familiar character shell within a new environment.  Gotham By Gaslight, The Golden Age, JSA Liberty Files all gave us one or two existing elements and made something brand new that was excellent.

“Opinions are nice but if they’re not backed up with actions then they’re just tears in rain.”

Chris Howard: Well Scott, the framework within Spider-Man is the ongoing continuity. If you do an Elseworlds, or start-up Ultimate Spider-Man, then that’s your framework for that. But if you are going to shovel out Spider-Man month after month, and have multiple titles, with multiple creator but want us to buy them all and have us accept that these are all stories about the same character, in the same world, then you have to commit to that framework. If you break it, it’s damaged goods and sorry, not buying. I gave up on Strangers in Paradise when it pushed so hard against what the established framework was that it felt like a whole other series. I tried to watch Glee, and the first couple episodes were this dark comedy take on High School Musical. Then it BECAME HSM and I stopped.

Scotty V: Ongoing continuity from what point?  Spider-Man’s continuity was reset with One More Day and we’ve been led through that since; fans don’t seem to like it but we had a new framework established with Peter not being married, being down and out and scrounging for work.  The parameters were set and new stories built within it.

Continuity is a necessary tool – part of any storytelling experience, but it can be overwhelming and off-putting just as much as it can be involving and interesting, especially with characters who have been around for generations. With any adventure strip there’s basic continuity, that is – this is the character and this is the event in their past that motivates them. In the case of Spider-Man it’s that he was bitten by a spider, developed powers, used them for personal gain which indirectly led to the death of his beloved uncle and now he uses those powers to fight crime – he does it out of guilt and responsibility. He lives in New York and his only living relative is his Aunt May. Superman – doomed planet – last son – raised by loving farmers – developed superpowers – moved to Metropolis and works at the Daily Planet with Lois Lane, who he loves. He’s allergic to Kryptonite, pieces of his destroyed home planet.

One of the things that Star Trek (especially Next Generation) got right was that at the end of each episode everything had to be pretty much exactly the way it was at the start. That way anyone could watch any episode out of order and understand the basic premise and enjoy the story. Sure, there are larger story beats that happen that usually take place at the end of the season — a changed look, a character death, etc. Great comics follow this logic. You pick up a book like Batman: The Killing Joke and you know exactly what is going on and who the players are. With writers of modern super-hero comics you have to accept that every story is part of a character’s history and keep it moving along — taking what you need from the past and taking out what you want for the next story.

Single characters are relatively simple character to keep straight — team books like the X-Men are a colossal mess because of the fact that there are too many characters involved and there’s a constant layering of continuities from a myriad of sources (minis, spin-offs, crossovers, etc.). It sinks under its own weight and is daunting for new readers. You need a giant map to understand who everyone is and were they are coming from.

Since the 1980’s there has been a tendency to tell “everything you know about this character is wrong” stories. Sometimes they work extremely well (say, the Anatomy Lesson) and sometimes they are off-putting and annoying (the Clone Saga revealing the Peter of the Spider-Man books since 1975 was a clone — later revised, the One More Day situation, etc.)

Gutter Hunting After an Extended Hiatus

And the Academy Award Goes To…