“I must hurry back to my comic book store, where I dispense the insults rather than absorb them.”

Comic Book Guy from The Simpsons 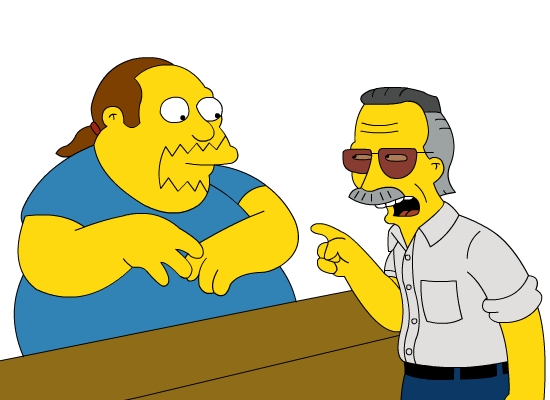 Last week I briefly mentioned the comic shop I go to in Barrie called the Blue Beetle and the reasons why I shop there as opposed to other stores.

It got me to thinking, someone should put out guidelines for comic shops. At least general guidelines, I know every place is going to have different clientèle but some rules should be universal.

I have worked at a shop before that was rather successful under the owners I worked for and granted I’ve never ran a shop but I have worked in various levels of the sales industry and I have been shopping at comic shops for years.

But these are the opinions of one man so feel free to argue with me. I may even name a few good stores and I’ll be nice and not name the bad ones (but feel free to come up to me at a convention and I’ll be glad to share my list with you).

Comic shops should not be the dank dungeons of old. Get a little bit of lighting or windows if at all possible. Taking a cue from Chapters for instance is an idea.

If you can afford it, have room for the customers to be able to walk around and browse.

Now I understand there are stores that can’t afford room due to location. Store front rent in major cities can be rather expensive so walking room could be at a premium. But there are ways around this.

Two stores I enjoy in the Toronto area for instance, Paradise Comics and Cyber City Comics don’t have the luxury of a huge amount of room but you’d hardly notice.

Because their stores are tidy and organized Which brings me to my next point.

Keep your store tidy and organized!

Keep foot traffic areas clear of stuff. It’s a simple one but you’d be amazed at how many stores don’t follow this basic rule of retail. If you don’t have an aisle way the size of Wal-Mart’s, you shouldn’t put a skid of warhammer in the middle of it. As well, try to keep your books in some sort of order that makes sense to other people BESIDES you. As I mentioned last week, there is a store that I have been to on multiple occasions because friends shop there (I have no idea why) where it looks like their Diamond orders are delivered via cannon.

New books are mixed with old, trades are all over the place and occasionally fall in with the role playing books. If you aren’t looking for a Marvel or DC trade, good luck because that’s the only thing that resembles order in the store. 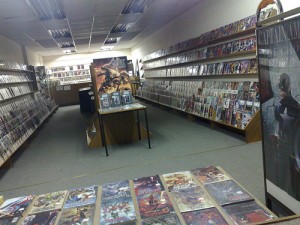 Yes it’s good if your staff knows where everything is, kudos on training them in your bizarre format but some people don’t like talking to staff and would prefer to browse at their leisure. If the staff at any of the above stores for whatever reason, vanished, nine times out of ten, I could find what I’m looking for. The only exception to this rule is Wednesdays. When your shipment comes in, I understand it can be messy and no reasonable customer will give you crap over it.

Keep a variety of product but keeping in mind your bottom line. The economy isn’t the greatest so lord knows you can’t carry everything but if a customer comes in looking for something you don’t carry but is logistically sound for you to special order for them, be sure to mention it.

Remember the quote at the beginning of the column from Comic Book Guy? Yeah we all kind of laughed a bit but the truth of the matter is a good part of the population might actually try comics if Comic Book Guy didn’t really exist.

That’s not saying it’s a specific guy mind you, unfortunately there’s a lot of Comic Book Guys in the world. I remember hearing rumors over the years that he’s based on a guy who used to own a store in Barrie or Calgary or Florida or well you get the idea.

Comic Book Guys come in a variety of shapes and sizes (although usually fat) and usually has a vast knowledge of nerdom. Unfortunately he usually looks down upon people who don’t have this same knowledge or that don’t like what he likes.

Step one in staffing your store… DO NOT HIRE COMIC BOOK GUY! 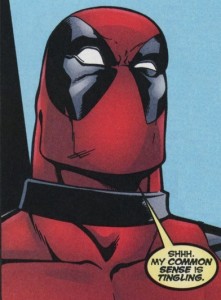 If you happen to be Comic Book Guy, stop being a jerk.

Think of it in these terms, would you buy a car or a house from a sales person who treated you like that?

Then why would you buy anything from a sales person who treated you like that?

That being said, train your staff to be knowledgeable or hire friendly staff who know their comics and what not. Nerd conversation in a comic shop is perfectly okay, lord knows it’s one of the things I like about going into a shop or I’d just order everything online. But it should be fun, not mean.

Don’t be afraid to go out into your community and interact a bit. Events like Free Comic Book Day can bring in new customers and be a chance to be a part of the community. Depending on your store size, doing a 24 Hour Comics event with local artists and writers isn’t a bad idea either.

I know that a lot of people out there are probably reading this and it sounds like common sense but it’s astonishing how many stores don’t.

One last thing, it’s okay to have a store pet. Just make sure they are well behaved and well trained, I worked at a shop that had two cats and very few people ever noticed until the cat walked by. But be warned, very few people like a comic shop that smells like pee so make sure you take care of it. 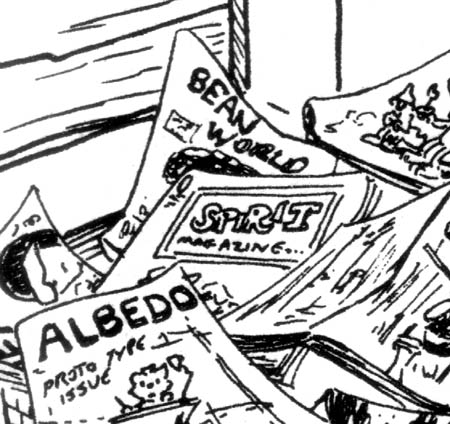 Brent Chittenden is the co-host, co-producer of the TATANS podcast. He is also on twitter under BCNerdhole and has a facebook group Brent Chittenden: The Writer. He loves comics and hopes that 2010 will be an even better year for them than 2009.