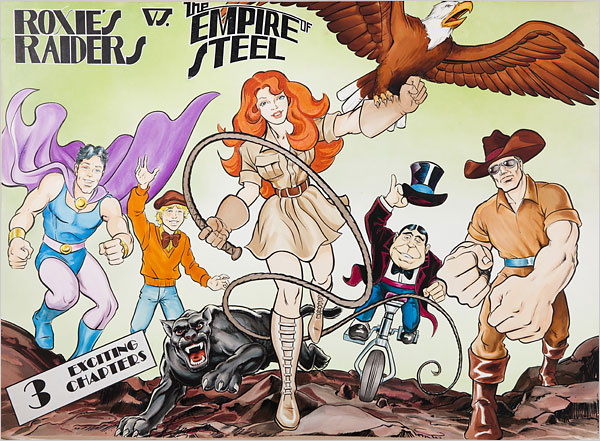 It was revealed earlier this week that Joe Ruby and Ken Spears (best known for Thundarr the Barbarian) and Syd and Marty Krofft are teaming up to bring to light a ton of Jack Kirby ideas to the public. These were ideas that Jack created while being employed by Ruby-Spears’ animation company during the 80’s.

I have really mixed feeling about this.

On one hand, this is like find a box in your basement of gold bars.

On the other hand, it could turn out that the bars are actually gold foil wrapped chocolate…bakers chocolate.

I am one of the few people in the world that loves Kirby’s art work unequivocally but feels that he really needed someone to bring him in. I can look at any Kirby piece and realize how awesome he was; there is no doubt about it, Kirby’s skill for his time period was head and shoulders above most of his peers.

He needed a filter.

I can hear a lot of the Kirby faithful grabbing pitchforks and torches as I write this and honestly you are entitled to your opinion and I can see your argument about how I’m wrong but in my opinion, Kirby worked best when he had Stan to run his idea through. All of the title characters that Stan and Jack created are still classic. When I was at Wizard World, some one was selling a Kirby sketch or an original page and my podcast co-host Adam, didn’t know what the big deal was as he had no idea who Kirby was. But the minute you start listing off the Lee/Kirby work at Marvel, he realized how important this guy was to the history of comic just on virtue of knowing all of the characters I mentioned; The Hulk, Thor, The X-Men, etc etc. 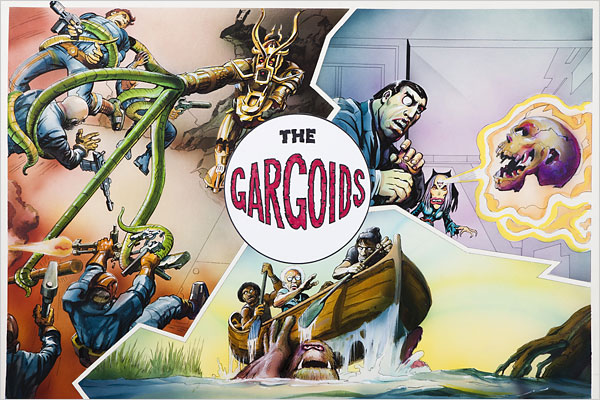 As much as these are known however, his DC creations are not known outside our world of fandom. While I have a soft spot for The Demon, Mr. Miracle and Darkseid, they aren’t well known outside of comic fans let alone The Forever People, Kamandi, or OMAC. And part of that is because some of the concepts are a little out there. And then when you you get beyond that with Kirby’s indy books and work for Topps it gets even more forgettable.

Which brings us to this latest find.

It’s an exciting proposition especially considering that it includes at least 600 production boards.

That’s at least 600 boards of Kirby ideas, art and sketches.

Now the question of this is, how much of it is going to be usable beyond a nice hardcover book?

Time will tell but it’s interesting to see what concepts that they have revealed as part of this package. We have Golden Shield, an ancient Mayan hero out to save the world before 2012. By the looks of things, this combine Kirby’s shield fetish with his interest in Chariots of the Gods. The Gargoids that involves scientists that get superpowers after being infected with an alien virus and Roxie’s Raiders which is apparently an Indian Jones type idea with women. Out of 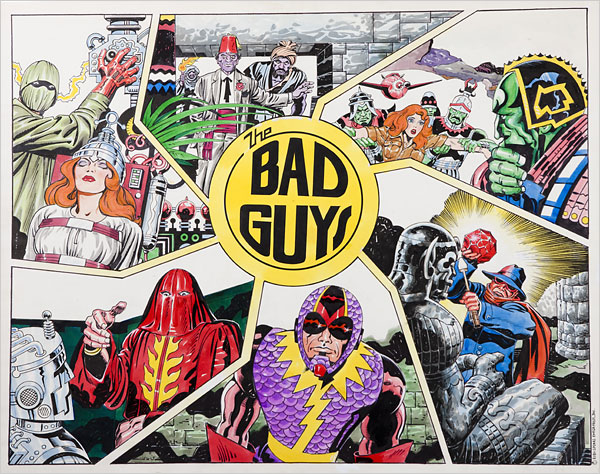 all of the images shown in the New York Times piece, Roxie’s Raiders Bad Guys art has the most Kirby-ish look to it but everything you see looks fantastic. I just imagine part of it was due to the fact that he was working for an animation studio at the time and the colors that were used are far superior to those being used in comics at the time.

And even if they do find some gems in there, what are the Kroffts going to do with them? Honestly, until this article, I didn’t think Sid and Marty where around anymore let alone any sort of force in Hollywood. So what do they do with these concepts? Sorry guys, the big screen version of Land of the Lost doesn’t fill me with a lot of promise for the future of this work. Especially since a good chunk of it is pretty far out there for live action. Hmmm, maybe animation would make a good home?

To be honest, what I really want out of the whole thing is Mark Evanier to be contacted and help put together all of this material in a nice coffee table book. While I stand by my statement that there is a good chance some of this material in terms of story is not going to be incredible, Kirby’s art always is and if you’ve ever looked through Evanier’s Kirby: King of Comics, you know he’s a guy who would do it justice.