You ever wake up one day and realize how much you like a someone’s work?

About a month ago, I happened upon a documentary about Tom Petty and the Heartbreakers called Runnin’ Down a Dream. Great doc by Peter Bogdanovitch.

Having nothing else to watch, I tuned in and it started dawning on me that I was a hidden Tom Petty fan. Through the entire film, I just kept thinking to myself, “Oh I love that song” “I like that song” “Wow, I had forgotten how much I loved that album” etc, etc.

This happens every once and a while. Where an artist of some sort just kind of finds their way into your subconscious without you really paying attention and then one day you just wake up and realize it. 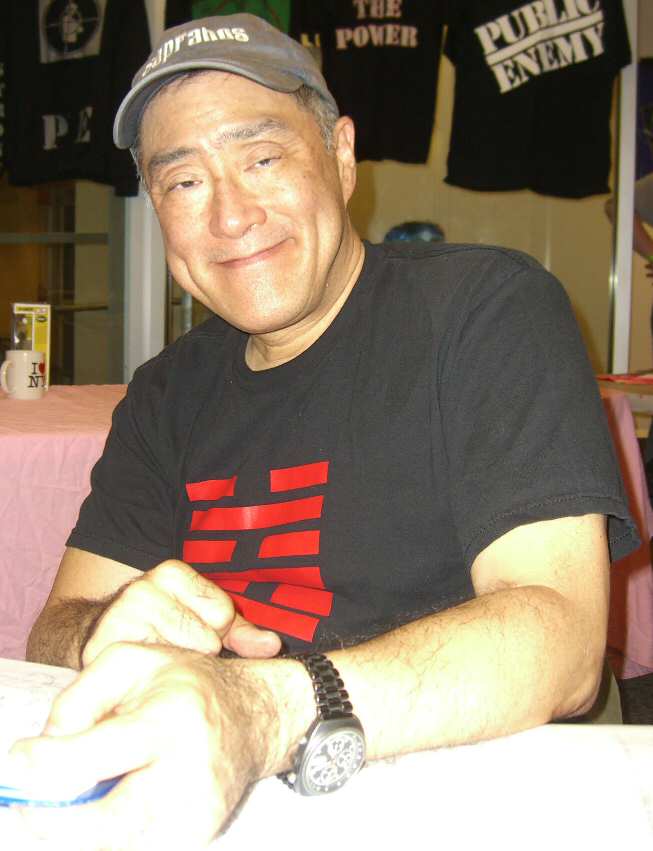 I had been watching a lot of GI Joe (the original cartoon as opposed to the god awful live action film) the last few months and it got me to thinking about how much I used to love the comic, that got me doing a little research and then pow, wow I really like stuff Hama has done.

Let’s start with my first experience with Hama, the GI Joe file cards.

This was a toy feature I always loved about GI Joe. Each figure had a card that you cut out of the packaging. These file cards told you a bit about the character; their specialties, rank, real name, etc.

Larry was the guy who wrote most of those. 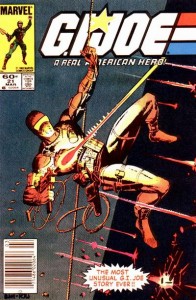 Which brings us to the GI Joe comic.

Now if you ever have watched the cartoon and then read the comic, you will notice there are huge differences between the two. To be honest, going back and reading the comic, GI Joe seems to aim for a slightly older crowd then the comic.

But wow, I had forgotten how solid a writer Hama was on GI Joe. He took an action figure line and turned it into 155 issues (plus specials) of solid story telling. Characters grew and evolved. Some got into relationships, some died.

Not to mention the silent issue.

Issue 21 has stood out for years because it’s an entire comic with no words. Sounds easy but as a writer myself I can say that takes guts. If you’re ever stuck, dialog, 99% of the time, can get you out of it. Taking that one tool away means you really have to be creative and know story telling.

And this issue has that in spades.

What a lot of people don’t know is not only was Hama a writer on the issue but he did the breakdown pencils as well. 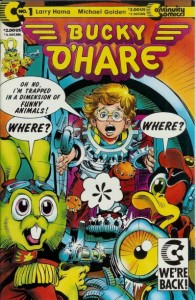 Larry also created Bucky O’Hare which is an fondly remember cartoon and action figure property that started off as a comic by Hama and Michael Golden. While over looked at the time, it pops up every now and again for another chance at fame.

Oh and the file cards show up again, this time on the C.O.P.S. line of figures which as a kid were some of the coolest action figures ever. And apparently if you read the cards, some of them are decedents of the Joes.

And finally, while Hama did not write The ‘Nam title for Marvel, he did help set it in motion.

Larry, a Vietnam vet contacted Doug Murray (who also served during the conflict) about doing a black and white series of stories for Strange Tales (which Hama was editing at the time).

This one story then spawned one of the more stand out comics of Marvel’s 80’s period. Gritty, somewhat realistic and well put together, The ‘Nam served as a great tribute for the soldiers of a war widely not talked about in the United States.

If you can, the first ten issues are currently available again in trade and fully worth picking up.

And now a new generation is starting to rediscover Hama’s work through IDW.

But truth be told, I’d love to see him do something with Nick Fury… hint hint marvel… hint hint.

Image United 3 is still late BUT they are shipping the previous issues with new limited covers. News flash guys, that trick didn’t work in the 90’s, doesn’t work now.

Totally agree with Pete’s idea of Guy Davis drawing a Shadow comic book. After further discussion with Pete, I also agree Matt Wagner should write it.

Picked up the new trade of The Boys. God I love this series. Not as much as I loved Preacher, but I haven’t regretted buying a book yet.