So two Batman topics came up this week that I think might need discussing. To warn you now, the second topic towards the bottom will be filled with spoilers of the latest issue of Batman and Robin. So after the bit about The Dark Knight Rises. 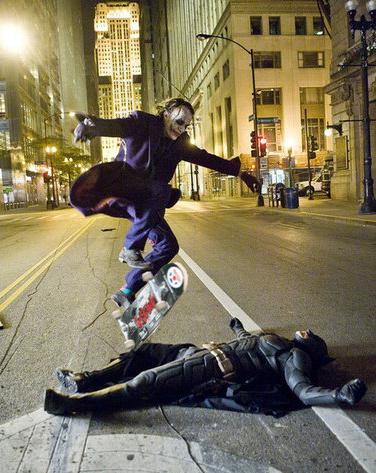 So here’s what we know about the 3rd Dark Knight film. Christopher Nolan is directing it. Christian Bale is Batman and the supporting hero cast is still the same. It’s called The Dark Knight Rises and Tom Hardy, Bronson, Inception, the clone of Picard in that crappy TNG flick, has signed on in a mystery role. And it won’t be in 3D but probably in IMAX; thank the lord for small miracles. Oh and, The Riddler, not the bad guy.

So now that we have another actor cast who has a bit of acting cred, the internet is a buzz with who he will play.

You get the idea.

The truth to the matter is Nolan is one of the very few secret masters in Hollywood and that is through the art of misdirection. For instance, The Dark Knight. If you look at the progress of news and rumors we got during the filming of that movie, we didn’t really pay attention to the big stuff because we were given other things to mull over. Kind of like in the cartoons when a thief gives a dog a steak so the dog won’t attack him.

Word of a Scarecrow appearance leaked rather early on. A lot of people thought he might join as a third villain in the film. He turned out to be a mere cameo.

Another bit of casting news came out, Anthony Michael Hall, best known from The Breakfast Club and the tv version of The Dead Zone, was cast but couldn’t talk about his part or who he played. The word leaked that he was a reporter, then by the time the rumor mill was done, Hall was playing Jack Ryder who DC fans know becomes The Creeper.

Unfortunately the reality was…he was no one. He was a character created for the movie and pretty much a minor part.

Now while we all focused on those two things big things went under the radar. Like the plot. Honestly, I had a little idea what the movie was about in a general sense but no real clue to the ending of the flick or how it ended for Rachel or The Joker or even that really cool scene with the pencil. Pretty rare with films these days.

So take all these rumors with Godzilla sized grains of salt. Besides, when has a director done two films in a series this awesome and then completely crapped out on the third? 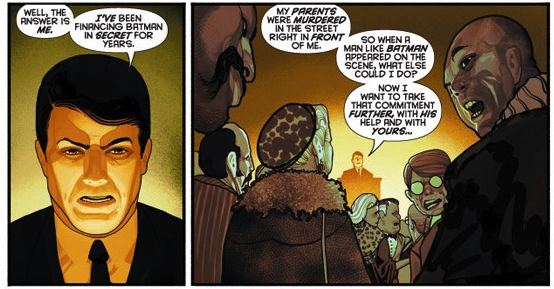 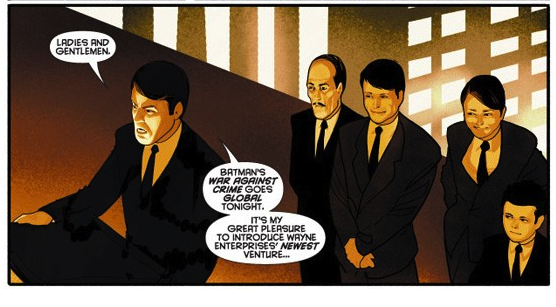 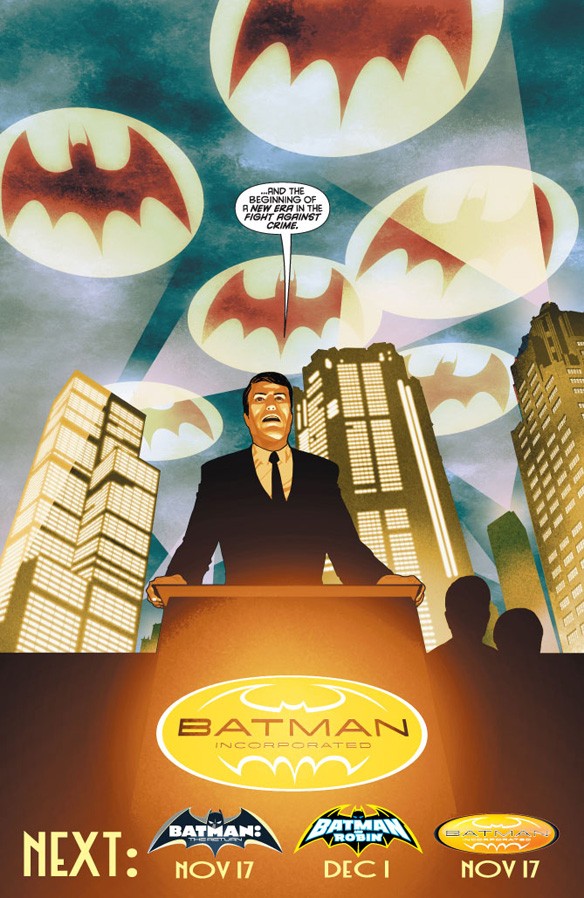 Bruce Wayne has outed himself, sort of. In the latest issue of Batman and Robin, Grant Morrison’s last on the series, Bruce Wayne comes out to the public and lets them in on the fact that HE IS…financing Batman’s war on crime. Essentially, he’s pulling a Tony Stark. But I must admit, a very interesting plot twist and now makes Batman Inc.’s idea seem much more plausible. I’m looking forward to the rest of the story from Morrison’s work. Once again, the best Batman has been in years. But at the same time, isn’t Batman a vigilante? Wouldn’t that make Bruce an accessory? Sure Gotham PD throws the book at guys who want to take over the world, which is technically not illegal, but both Batman and Bruce get a pass? For shame.