Identity Crisis begins at DC. A murder mystery that becomes fairly well received by both comic fans and the general public, Identity Crisis also helps usher in DC’s big event mini-series/crossover that will plague the racks for the next couple of years.

Joss Whedon begins his tenure on Astonishing X-Men. Colossus is brought back from the dead and the crowd goes wild.

I have a funny relationship with Cerebus. Some story lines I found really good (High Society is my favorite), others not so much. But there is no doubt in anyone’s mind how many doors this series kicked in for indy creators.

Would the Teenage Mutant Ninja Turtles have existed without Cerebus, for instance?

Hard to say, but I would be willing to bet Cerebus’s existence made it easier.

Infinite Crisis begins, but more importantly All Star Superman begins. Probably in the top three of Superman stories ever written, this book is fantastic. At the time though, waiting for it was a pain.

To give you an idea of how late it tended to be, the first of twelve issues came out in 2005.

The series finally wrapped in 2008.

Ed Brubaker begins his tenure on Captain America, and not only brings back Bucky, but does it in such a way that you never once questioned Brubaker or the comic other than to ask “What happens next month?”

Oh, and some movie called Batman Begins comes out.

52 begins. I had virtually no interest in Infinite Crisis but 52 kind of grabbed me. How the hell could you do a weekly comic book?

And for all of you manga fans that are now yelling at the screen or have your noses stuck in the air, get over it. Yes, I am well aware of manga that comes out on a weekly basis and is never late. It’s also put on an assembly line of manga artists to manage this. You cannot compare that to how “American” comics are made.

52 also had the great idea of featuring a lot of characters we hadn’t seen much of. And it brought The Question back to some recognition.

Civil War began which to be honest I still haven’t read, except for the bit of Moon Knight that crossed over with it.

Speaking of which, Moon Knight was brought back with Charlie Huston and David Finch at the controls… God, I love that run.

To misquote someone (forgive me, I can’t remember who):

“The big fight in Superman Returns ends up being between Superman and an island…and the island almost wins.”

It’s every bit as awesome as it sounds.

Probably the most newsworthy moment in mainstream comics, Captain America gets shot at the end of Civil War. It made a lot of press, from newspapers to television to Stephen Colbert receiving Cap’s shield – it was pretty hard to miss.

Not only that, it lead into some compelling stories, both in Captain America and in the Fallen Son miniseries.

The year of the comic book movie blockbuster.

Iron Man hit first and hit hard, completely grabbing the attention of comic readers, Marvel die-hards and the general public. Not only that, Iron Man is the first comic book movie to start constructing a movie counterpart of a connected universe, with Nick Fury making an appearance. 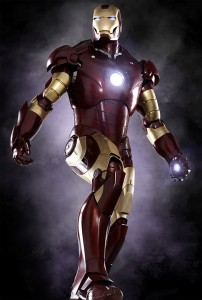 Later, in the Incredible Hulk, Robert Downey Jr shows up as Tony Stark – thus gluing the Marvel film universe a little more together.

A few months The Dark Knight arrives and blows many a box office estimate out of the water. Some reviewers compare it to The Godfather 2 and it is very arguable that it is one of the most well-done takes on the Caped Crusader. The late Heath Ledger turns in the second-best Joker ever (sorry, for my money, the only person who has gotten the Joker completely right is Mark Hamill in his various animated and video game incarnations.) and wins a posthumous Oscar for the performance.

Secret Invasion storms the Marvel books. Apparently, one out of every five super heroes is a Skrull, and quite possibly your mom.

Actually between that and Battlestar Galactica, you’re likely either a Skrull or a Cylon.

Y: The Last Man ended; hopefully by this point you had hooked your girlfriend on to another comic as well.

2009 had a few milestones, the first of which was the release of Watchmen.

It was the comic that everyone said would be unfilmable. Zach Snyder proved them wrong…at least in my mind. I love the film, but I can completely understand why others did not.

The biggest news however is the most recent, as the proposed merger between Disney and Marvel was announced. Price tag? Around four billion dollars.

The proposed merger is being hailed as both awesome and devastating by comic fans.

DC followed up Marvel’s announcement by declaring they were going to become DC Entertainment. Long time publisher Paul Levitz stepped down, and a bit of reorganization began in DC’s world.

DC’s announcement has been met with a pretty blasé attitude. Most industry watchers were already aware that DC’s parent companies did not consider it a publishing arm. Paul Levitz stepping down wasn’t much of a shocker either, nor was Diane Nelson’s taking over.

The key is: where will this drive both DC and DC properties? Does this mean we will have more DC films besides the Batman franchise?

Only time will tell.

Probably just dated myself with the Quantum Leap reference.

Now here’s where I’ll look into the crystal ball a bit. Feel free to call me on my predictions at the end of next year, assuming Comic Book Daily hasn’t had me killed and bricked up in an old warehouse.

And with that, I’m headed for some Egg Nog. I’ll be back next week.