I am always one to admit when I’m wrong.

And boy did I miss the mark on what would be announced at Comic Con.

No Bendis job movement, no real Vertigo crossover announcement, nothing about The Shadow.

In fact in terms of news from San Diego…er…there was none. 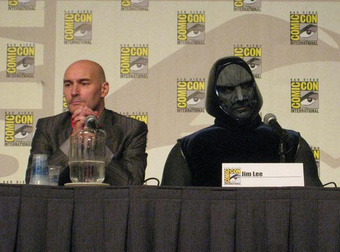 I guess this is the year where it totally turned into a media thing. Everyone was there essentially pimping what they already had. The only kind of news that I could find comic wise was the Grant Morrison is writing a brand new Batman book called Batman Inc. But really, that’s only sort of news. No one really expected Grant to step away from Bats yet, we’re just seeing it on a new title.

Which I guess signals what we’ve kind of seen coming for a while.

Comic Con is now a media event, not a convention.

This is not to say that it’s a bad thing or that I think it should go to COMICS ONLY. I’m just saying that Comic Con has evolved into something different. I read an article recently where it referred to Comic Con as the Cannes of Comics and it’s a pretty accurate description.

Take the panels for instance. Panels aren’t so much discussions now as they are press confrences. While I’m sure there a few actual panels, the huge panels everyone wanted to go to were really just advertising product everyone already knew about. One of my fellow Blue Beetle customers, Kevin Scharf mentioned that almost all of the comic items Marvel talked about were in Previews already.

In fact here’s the sum total of the news I thoughts was interesting.

The Infinity Gauntlet might be in the Thor movie.

Mark Ruffalo was announced as Bruce Banner for the Avengers flick. 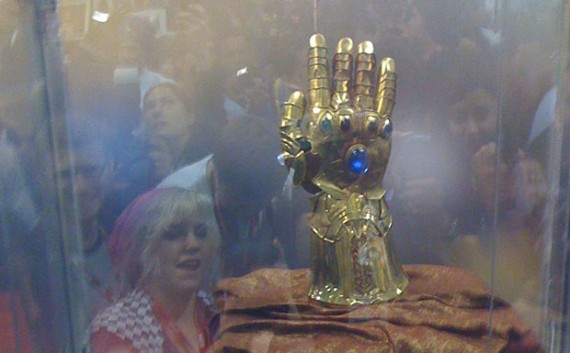 That was kind of it (well and Tekken/Street Fighter and Street Fighter/Tekken but that’s not really comic news). And even the Infinity Gauntlet thing isn’t really news…it was a prop that everyone is speculating on.

What does this mean to us as fans?

Not much. I’m still dying to go and it’s not like we haven’t seen this coming. It is however a sign of the progression of comics as I have mentioned in the past. We’ve gone past a fad in the mainstream and we’re now a solid part of pop culture. Which is good. While it’s kind of nice to know everything about Scott Pilgrim before the movie comes out, it’s also great if other people have read the books too.