I am a huge fan of movies.

I’m also a big fan of movie history and trivia and love hearing about projects that disspapeared or never quite got finished. Movies like The Fountain. Sure it did finally get made but originally Brad Pitt was supposed to star. Mad Max 4 which was going to commence filming and then a war in the country they were to film in happened and shelved the project for a long time.

Comics are not immune to this either. There have been a number of projects over the years that we hear about and then disappear into the ether. Or comics that start and vanish with no apparent reason.

So being the trivia scholar that I am, I thought it’d be interesting to take a look at a few of these comics and try to get to the bottom of what really happened.

And if you’re looking for anything on any Kevin Smith comics, look elsewhere cause lord knows that stuff has been covered to death. 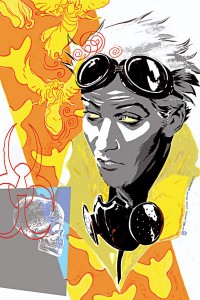 This absolutely wonderfully insane series created by Warren Ellis is about an ex British spy exiled to LA where old human weapons go when they are no longer useful. It’s in this weird world of spies that Desolation Jones has set himself up as sort of a private investigator. For my money, the six issues that make up the first storyline are some of Ellis’s best work along with pushing artist JH Williams III to the heights of his talents.

There doesn’t seem to be a definite answer. The first six issues are available in trade and a seventh issue was produced. The official status is that the series is on hiatus. But it’s been that way for quite awhile. Now there are tons of rumors floating around but none I can substantiate. One of the bigger ones is that Warren had a massive hard drive failure and lost a ton of scripts and work he had done on Desolation Jones and another series called Fell. Good story but given Ellis’s technogeek nature, I find it rather hard to believe that he wouldn’t have had a back up of some sort. So until further notice the official version of “on hiatus” will have to stand.

As loyal readers know, I’m a big fan of this cyborg from the future and had long awaited his return in some form in the Marvel universe. But some of you may remember that were supposed to get a Deathlok Max mini series written by Daniel Way and drawn by Darrick Robertson in 2003. It involved Deathlok protecting a mentally handicapped kid who was in a wheel chair. Other then preview images, the series never saw the light of day.

Marvel got cold feet at the very last minute. And I do mean last minute. I know issue one was penciled in it’s entirety (Robertson showed me photocopies of the entire issue) and I’ve heard reports that issue 2 was also in the can. Where the problem reportedly began was the George Clooney fiasco with a Nick Fury movie that never happened. Ol’ George sent his assistant out to buy some Nick Fury comics and they came back with Garth Ennis’s Fury mini series (coincidently also drawn by Robertson) and Clooney bailed on the film. The head honchos got worried as the rights to a Deathlok movie were just bought and they didn’t want a repeat so the comic was shelved. Unfortunately this temporary shelving seems to have become permanent. I even asked Joe Quesada about it when I interviewed him at Fan Expo last summer. While he didn’t rule it out completely he did make it very clear that there were no plans for it.

These are two different comics but their stories are both the same and that story starts with a little movie called The Matrix.

Geoff Darrow (best known as the artist on Hard Boiled and Rusty and the Big Guy) and Steve Skroce (great Wolverine artist amongst other things) both got grabbed by the Wachowski Brothers to help design and storyboard the first Matrix film. And then after that they ended up working on the various Wachowski film projects. 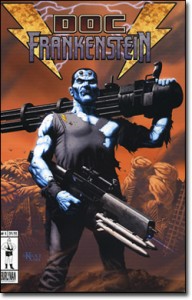 So after the Matrix trilogy was released, The Wachowski’s started Burleyman Entertainment as a small comic book company to release works by The Wachowski’s, Darrow and Skroce. Darrow was to release a comic called Shaolin Cowboy and the Wachowski’s would write Skroce’s Doc Frankenstein.

Now in brief Shaolin Cowboy is a comic about a former shaolin monk who is walking the Earth and there is a bounty on his head. Doc Frankenstein follows the Frankenstein monster through the ages as he promotes liberal values and kicks ass.

To give Shaolin Cowboy credit, it was never on any sort of release schedule. Doc Frankenstein however was supposed to be bi-monthly and has failed at that spectacularly.

In fact it’s been a long time since we’ve seen an issue of either.

Movies essentially. The truth of the matter is, these guys get paid infinitely more to work on the movie stuff then they ever made as comic artists. The Wachowski’s, to their credit, are very loyal to those who are loyal to them and they keep giving both Darrow and Skroce film work. Hell, they did set up a comic book company for these guys as there is no evidence to suggest that Burleyman had no intentions in publishing anyone but Darrow and Skroce. 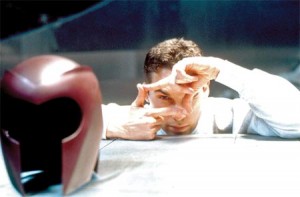 February, 2004. Comic fans start getting details about X-Men director Bryan Singer (along with screen writers Dan Harris and Mike Dougherty) coming on to Ultimate X-Men as the creative team. Rumors floated around that David Finch would be drawing the run that would supposedly go for over a year.

At the time, this sounded fantastic. Singer and crew had made the X-Men awesome. When the movies came out, the comics were kind of lost and confusing to read. Meanwhile the movies were fresh takes on stories we remembered and loved. And the fact this would be a whole year of comics was interesting.

The same thing that happened to Singer’s X-Men 3.

Now originally, Superman Returns was just delaying the series (Brian K. Vaughn extended his run a fair amount due to the delay) and even after Superman Returns came out it was still “in the pipeline” with Singer going so far to mention that he was including a few ideas from his X-Men 3 into the storyline.

For awhile the standard response was “in the pipeline” or “be patient” but due to the fact this was announced in 2004 and we are now nearly 6 years later, I wouldn’t hold out hope.