So say you’re a bit of a young’en. Or maybe you’re just someone who just happens to rather like the Harry Potter series.

The final movie is out, the last book has long been out and that Pottermore site isn’t really anything new. You need something to fill that gap.

Where do you go?

Well my friend, let me introduce you to the wonderful world of comics.

There are many titles for you of the Pottery (that’s what Potter fans are called right?… if not, they should be) and if you indulge me, here’s a couple that might scratch that itch. And note, I’m not going for a general all ages comic recommendations list here. These are comics that I honestly think Potter fans could like. 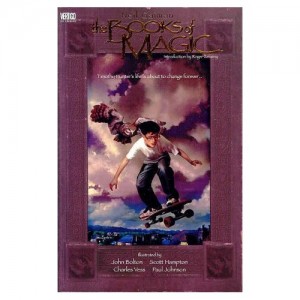 Now while many might note the similarities between Mr. Potter and Books of Magic’s main character Tim Hunter but as writer Neil Gaiman has pointed out:

“I wasn’t the first writer to create a young magician with potential, nor was Rowling the first to send one to school.”

The original mini-series is a great tale of a young magical kid as he’s taken along by the DCU’s premier magic guys; Phantom Stranger, John Constantine, Mister E, among others. This story is well written and the art tends to lean between awesome to fantastic (Charles Vess and John Bolton). It’s still readily in print but make sure you start with the Neil Gaiman mini-series as opposed to the ongoing series. Not that the ongoing series is bad mind you, but the mini was great. 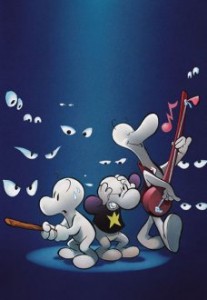 Yes, it’s kind of my go to comic series for pretty much everything but it honestly that good.  If you crashed the cast of the cartoon Ducktales in Lord of the Rings, you would get Bone. Bone follows the adventures of Fone Bone, Phoney Bone and Smiley Bone as the head out of Boneville and into a quest to bring down the evil bad guy and return a princess to her throne.  What’s amazing about Bone is that it tells us a story that we’ve heard hundreds of times in slight variations (LoTR, Star Wars) but does it with enough difference and so well that it is an amazing read for all ages. When recommending comics, this always shows up on a list but for a very good reason.

Leave It To Chance (Image Comics) 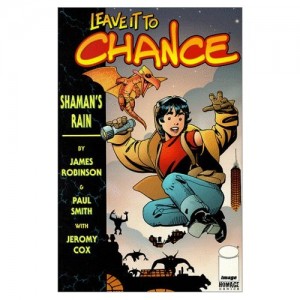 An often forgotten series, Leave it to Chance was an all ages book from James Robinson and Paul Smith about Chance Falconer, the daughter of Devil’s Echo’s champion against the supernatural, Lucas Falconer. Lucas should be passing on his knowledge to his daughter but after losing his wife, Lucas ain’t having it. He wants his daughter to grow up, get married and live a safe and nice life.  Unfortunately for Lucas, his daughter wants the adventure and the danger and decides to take it on herself. It’s a well written series that I’m unsure is still in print but I don’t think the trades are hard to find.

Billy Batson and The Magic of Shazam! (DC) 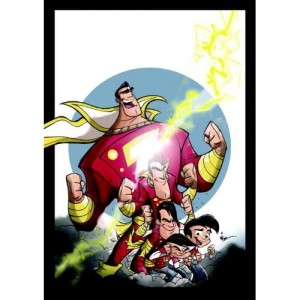 This is probably the oddest book on the list but I think the story of a super powered kid who’s in over his head but can figure out a way to overcome, fits pretty perfectly. This particular version of Captain Marvel as drawn and written by Mike Krunkle just speaks to me.  It just has that feel to it.  Now this book does skew a bit on the young side but it’s worth checking out.

And there are plenty more that would probably appeal to a similar demographic but not necessarily the same theme. Runaways for instance.

Next week, a look at Captain America.