4 Ways to Con Your Friends into Comics

We all know people who just don’t understand why we wait patiently each week for Wednesday.  They’re the same people who roll their eyes when we talk about the latest cross-over and stifle a yawn when we argue the merits of the Mutant Registration Act. As hard as you try they just won’t budge. But don’t give up! They too can be converted. This list will help you start them on the path to warriors and word balloons—to sound effects and spandex.

4. Movie Tie-Ins
Comic Book Movies are everywhere and the publishing houses know a 2 hour movie is really an extremely long (and expensive) book-trailer.  If your friend is one of the millions who saw The Dark Knight or Iron Man, you already have an in.  Suggest The Dark Knight Returns or Demon in a Bottle. Not into superheroes?  Tell them they have to read Scott Pilgrim before you drag them to the film (and really, you have to go see it).  Still not convinced? Try a different approach.  Not all comic book movies are splashy and effects driven.  Hand them a copy of A History of Violence, Road to Perdition, or Ghost World, to change their perception.

3 Adaptations:
Comics aren’t the only things being adapted.  More and more frequently comics are becoming the second format. Video games, television shows, movies, and literature—they’re all getting their turn. Hand your gamer friends a World of Warcraft graphic novel or an issue of Ghost.  Know a Stephen King fan? Toss them a hardcover trade of The Stand.  Are your friends the more literary type? How can they say no to a comic adaptation of Jane Austen or William Shakespeare?  Give your little sister a copy of the Twilight graphic novel.  You know she wants it, and everyone has to start somewhere.

2. Nostalgia
We all love remembering a time when things were simpler, cartoons were better, and music didn’t suck.  Take your friend on a trip to the past with a copy of Archie.  Remember your favourite tv shows while reading Teenage Mutant Ninja Turtles or GI Joe.  Everyone has that one thing they still hold onto, and more than likely, there’s a comic out there for it.  Dig through the bargain bins for that perfect expression of your friend’s childhood, or pick up a new copy of A Team, and Ghostbusters. If nothing else, it’ll make them laugh and laughter is a good first step.

1. Conventions
Conventions are the Mecca of all things comic. Whether it’s a three day show (Wizard World Toronto, Fanexpo) with dozens of guests, or a single afternoon, conventions are places to experience geekdom at its finest. Let them experience it firsthand. Immersion is the best way to learn. There are so many different things at conventions that your friend is bound to find something they enjoy.  They may think they’re going to see that pretty girl from that Sci-fi show they like, but they’ll stay for the atmosphere and the people watching. Your friend will be spouting off issue numbers in no time.   After a weekend at a convention they’ll either be hooked, or never want to speak to you again.  Either way, your problem is solved. 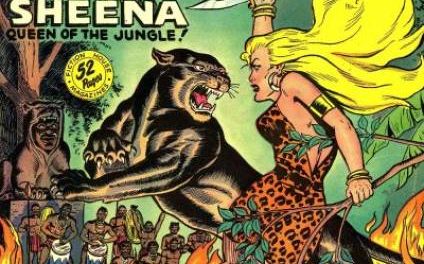 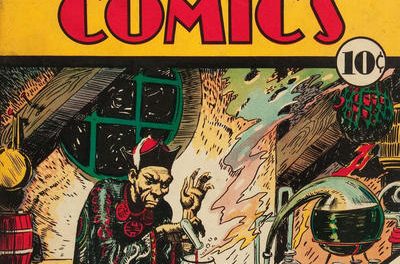