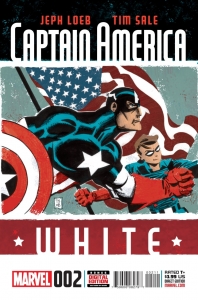 I don’t need no stinking Time Tunnel, or Tardises (Tardi?), or Chronosynclastic Infundibulum. My preferred mode of Time Travel is a good story.

But it’s true and I was reminded of that three times in the last 24 hours.

My cable provider just picked up MeTV which offers a buttload of great television shows from the 1960s (yes, yes, back when dinosaurs roamed the Earth). One of the shows is ‘The Alfred Hitchcock Hour’.  Last night they ran the terrific episode “What Really Happened” starring Anne Francis and Ruth Roman, with a teleplay by Henry Slesar.  In case you don’t have your 1960’s Showbiz Decoder ring handy, a teleplay is what they called a television script in 1963.

It transported me back through the mists of time to my childhood. It was just like an episode of Mad Men, just in black and white..and with more smoking, believe it or not.

This literary time travel doesn’t only work during my lifetime, like Dr. Sam Beckett. I tooka little jaunt in the 1930’s as well. (Yes it was before my time, wise-ass) I have been risking multiple herniated discs trying to plow through ‘Black Lizard Big Book of Pulps’. Published in 2007, this weighty tome rings in at about a thousand pages with 47 great stories by giants like Raymond Chandler,, Erle Stanley Gardner, and Dashiell Hammett.

The first story in the collection is by Paul Cain entitled “One, Two, Three”.  It’s a kick-ass story about a hard-boiled shamus snooping and slugging his way into and out of trouble in 1933. I could almost feel the gum on my shoe.

The third instance was just now when I read Captain America: White #2 by Jeph Loeb and Tim Sale.

Loeb and Sale have been ROY G. BIV-ing their way through Marvel Comics for the last decade and a half with ‘Daredevil: Yellow’, ‘Spider-man Blue’ and ‘Hulk: Gray’. If you haven’t read them, minimize this screen, click on Amazon and buy all three… then immediately come back to this page, maximize, and continue being awed by my vivid wordsmithing.

Welcome back! I missed you tremendously. Don’t ever do that again.

For that reason, I want you to finish this column before rushing out and buying ‘Captain America: White #2’, because you most definitely need to buy this book, fish issue #1 out of the back issue rack and grab #1. Then turn, walk to the counter and tell the vaguely hipster-looking fellow with the shaggy ‘do and scraggly, asymmetrical facial hair: “Put ‘Captain America: White’ on the pull-list, my good pop culture-monger!” Sure, he’ll look at you like you’re a weirdo, which probably falls into the category of ‘Pot Calling the Kettle Black’.

Man, there are more Spectrum references in this column that the entire run of ‘Captain Scarlet’.

Loeb and Sale are consistent when it comes to crafting comics that are reminiscent of the past, but nuanced with contemporary storytelling elements. The Captain America of this series is not some angsty hand-wringer who is tormented by self-doubt and torn between his patriotism and the world around him. Cards on the table. I am so tired of today’s version of Cap who asks like he’s been let down more than Johnny Depp’s bikini briefs.

This version of the good Captain is a throwback to the days when he was a True Believer, fighting for all the right reasons against bad guys that really are bad. This Cap not only loves his country, but loves his sidekick Bucky. It’s refreshing that Loeb and Sale have no qualms about presenting such a closeness between Cap and Bucky. Male friendships get a bum rap most of the time, and this is cool to see.

Of course, the story also plays into my man-crush on DumDum Dugan since Sgt. Fury and the Howling Commandos play a prominent role in the plot. Amateur Psychoanalysts: Start Your Twitters.

So, pull on your green turtleneck sweater, adjust your fez and snap the leash on Kazak. We’ve got some time travellin’ to do.

I give “Captain America: White” #2, five pieces of Star-Spangled Cake.