Crazy Comic Cover: Lois Lane #73 "The Dummy and the Damsel"

The Cover: Um, I’m not quite sure what else can I say about this cover. Lois Lane seems to have Superman chained down to a table with Kryptonite chains while a crazy looking puppet Superman is being whipped by Lois Lane with a cat of nine tails. Look at that expression on Lois’ face! She’s gone crazy with rage! Why is she doing this? Well, I’m personally hoping it’s some kind of kinky bedroom play that they’ve got going there with Lois dominating Superman by making him feel powerless.

The story: Our story of whipping kicks off with an unmanned probe landing on an unnamed planet where it begins to gather samples for study. While it’s doing this, a creature made of pure force energy enters the spacecraft saying that it can finally escape this planet and go to one with inhabitants. Weeks later, we jump to the return of the space probe while Lana and Lois are waiting to get the news scoop over each other. Right away, we can see that Lois isn’t quite all there. I mean, check out the panel below. See that look of anger when Lana gives her a mild insult? If I was Lana, I would look at that expression and realize that she’s 2 pills away from wearing a diaper while driving to dump my body in a swamp. Anyways, Lois bypasses by the amazing non-existent security of the spacecraft and begins to take photos of it when the pure force creature pops out recognizing Lois of being of a, inferior intelligence and takes over her body!

Look at the amount of crazy in her face. Heck, even the alien recognizes that she's not all there in the head.

After taking control, the creature in Lois’ body steals a jeep and smashes through the army base to freedom. Then, out of the blue, the creature stops at a reservoir and deciding that it needs to create a fuel to power itself up, it pulls an alien MacGyver and creates a chemical catalyst out of Lois’ makeup kit and the jeep battery. Note: At no point until now did it say it ever needs to consume a fuel for itself nor is this ever addressed again in the story. While turning the lake into some kind of fuel, the cops arrive and the alien drives up a mountain until the altitude knocks him out and forces him to leave Lois’s body. Really? He managed to drive a rickety jeep up a mountain so high up that he passes out?

So, when the cops find Lois sleeping on top of a mountain, they just chalk it up to her being a hostage and take her back to Metropolis. When she gets back, she hurries to show Clark the developed  photos of the spaceship when the alien (which was following her) is worried that he’ll show up in the photographs and leaps into Clark Kent to control him. Wait a minute…he’s worried about showing up as an image in a photograph when he’s flying right in front of them? How does that work? Gah, my brain hurts. But moving onward, the possessed Clark quickly takes a lighter to the photo and burns it despite Lois’ protests and suspicions of him acting like a dick. See now, if she knew he was Superman, she could just chalk it up to knowing Superman is a dick,

You know what's a great idea? Having your photographer fly a helicopter right into your building!

Meanwhile, Jimmy Olsen, who happens to be flying the Daily Planet’s helicopter, loses control of the thing and crashes it into the building. Why would you give your photographer a helicopter to fly? Especially Jimmy Olsen who seems to get into more trouble than anyone else? So after they help Jimmy to the hospital, Perry sends Clark/alien to a beauty contest to judge it and after he chooses the ugliest girl, Lois becomes even more suspicious about Clark and chooses to talk to him near the edge of a cliff for no good reason. After she confronts him about his oddness, the alien decides that the most logical way to ease her suspicions is to have Clark pretend to fall off the cliff to his doom! But as he hits the water, the alien finds out that he is Superman and begins flying around with Lois until the altitude causes him to lose the ability to control Superman. Seriously, this alien whose ability is to be pure force has the weakness of altitude? Once the alien is forced to leave Superman’s body, they quickly deduce that something is controlling their bodies and Superman uses his super-vision to look at the ASHES of a photograph (the frigging ashes of the photo!) and learns that there was a presence in the picture. They quickly read a book on Kryptonian magic and learn that the only way to defeat the demon is to construct a puppet of Superman and whip it while the real Superman is being restrained by Kryptonite chains.

Apparently Lois Lane doesn't believe in inner beauty at all!

While Lois is whipping the puppet, the force thing is watching laughing at the idea of Kryptonian magic until he sees the magic working and the puppet burst out of the wall it is chained to while Superman is held steadfast by the Kryptonite. Since it doesn’t know Superman is weakened by Kryptonite, it assumes that the puppet has drained Superman’s strength and leaps into the puppet to inhabit it. But it is stuck! Superman and Lois have pulled a trick on it by pretending to be doing Kryptonian magic and making the puppet with a special sealing that captures any presences that enter it. With the presence caught, they send it plus the puppet into the phantom zone to never bother them again.

The rating: 10/10: OK, for the first time, we have a perfect score of cover relevance to story! Granted it was an easy score to grant given that there was no text to change the context but the cover scene is almost exactly the same as the interior story. Crazy looking Lois Lane whipping a puppet? It’s all in there! 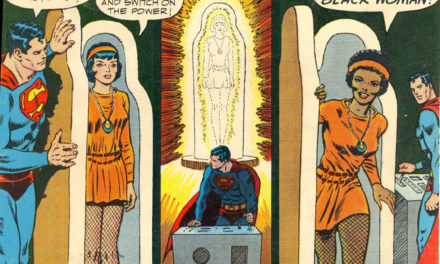 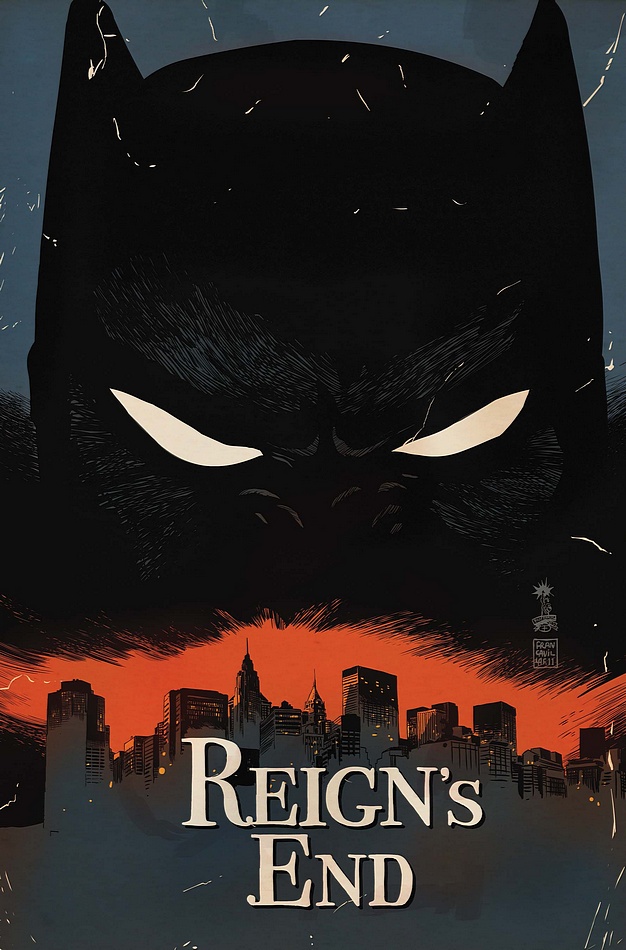