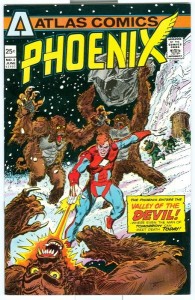 I am one happy comic book camper. A while back in my Undervalued Spotlight #25 I argued that the Atlas/Seaboard run of comics and magazines from the mid 1970s were all overlooked and undervalued as collectibles. Yes I know that none of the 23 titles lasted more than 4 issues (all the comics were published between February and December 1975). I also know that most of the stuff was re-dos of existing heroes (Brute=Hulk, Wulf=Conan and etc) but since when has creating something just as good or even better been discouraged in comics. Marvel repeatedly used established DC premises and made them their own (Sgt. Fury from Sgt. Rock, Fantastic Four from Challengers of the Unknown, Quicksilver from Flash, Hawkeye from Green Arrow and etc).

The problem with the Atlas/Seaboard stuff was that it wasn’t that good. Well, neither was some of the early Marvel stuff (it took the Fantastic Four a good couple of years to hit their stride). But anyway, that’s what you get when you make a comic book company only for spite.

To recap, Marvel founder Martin Goodman sells Marvel to Cadence Publishing in around 1970. The deal is said to have happened on the condition that Martin’s son Chip stays on as Marvel’s editorial director. Well, a short time later no other than Stan Lee ties Chip to a wagon (I couldn’t resist) and runs him out of town. Old man Goodman is pissed and starts up Atlas/Seaboard to show Marvel who’s boss. Again, never start up a comic book company just for spite!

and The Grim Ghost. Look for a formal announcement at the New York Comic Con in early October.

Atlas actually drew a lot of talented creators back in the day. Steve Ditko, Wally Wood, Howard Chaykin and Neal Adams all made contributions to the Atlas titles. This rich yet limited history can only help the company’s chances. Actually the only prayer Atlas has is hiring some first rate talent to have a go at their stable of characters. Wait, didn’t they try that in 75?

The move isn’t actually anything new, old properties are being revived all over the place (Sailor Moon, Teenage Mutant Ninja Turtles, Herbie, Mighty Crusaders etc) and bigger companies have been busy buying up smaller companies’ (still around or defunct) properties for a good few years now (the most famous of which was the Disney/Marvel deal). The basic premise these days is to have comics published monthly then try to get movies made of them! So simple, what could possibly go wrong? 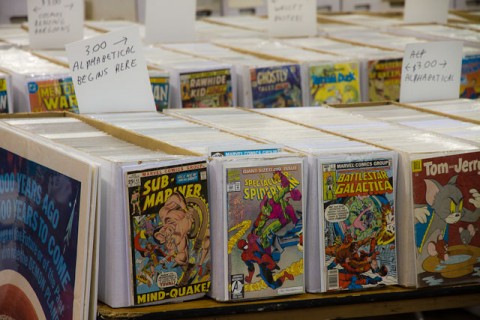