I am really stretching my own boundaries this week on what I constitutes “a run” of comic books with today’s post. The mysterious William Ekgren the comic artist with only three (3) books ever published. In fact, it is only three comic covers that made his contribution to comics stand out, and be in high demand, specifically within the pre-code horror genre of comics. Weird Horrors #6 & #7 and Strange Terrors #4, Mr. Ekgren’s entire body of work, makes artist Jim Steranko look positively prolific.

My first encounter with a William Ekgren comic occurred at Harry Kramer’s Now & Then comics. I was looking through a stack of ungraded horror books when I came across Weird Horrors #6, and was struck by the very unusual art. The book itself was a rag of a copy, more conducive to something you would light a fire with than collect and I left it at the shop. I looked up Weird Horrors in Overstreet #16 when I got home and seen the book and artist were of some note. It was of course, long gone on my next visit to Now & Then.

My second encounter came in the form of the Gerber Photo Journals a few years later. Like many collectors these journals opened my eyes to many books I had never seen locally before. Horror comics in particular gained new heightened recognition and demand. So too did William Ekgren’s books and my new “must have book” was Weird Horrors #7. 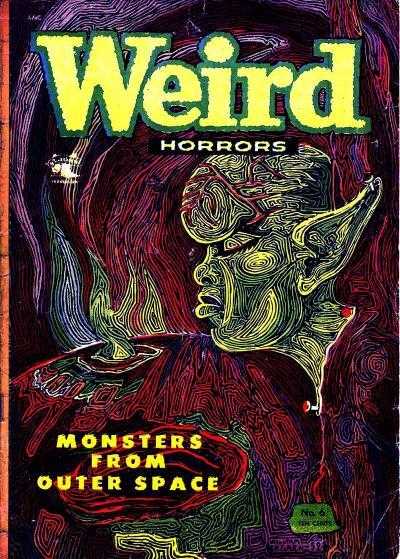 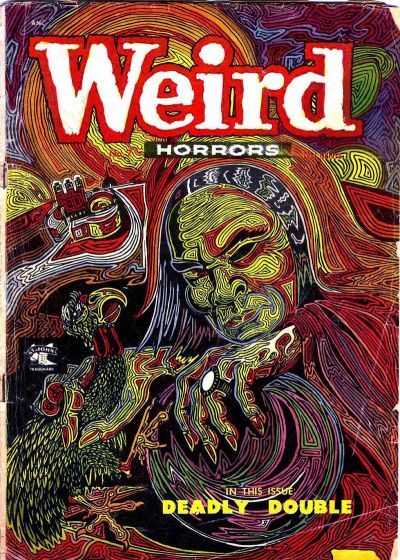 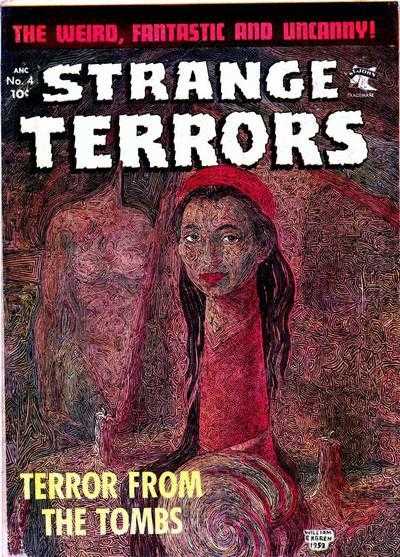 I still do not own a Weird Horrors #7. I have had the opportunity to buy a few low grade copies, but they didn’t cut it in terms of an acceptable cover. I did see a good one on a ComicLink auction once. The book went for 4-5x guide price and I missed out. I actually helped sew the seeds of my own demise on that one. The book was a very nice 8.0 “second highest graded” copy. I noticed the book was mis-labeled by CGC as Weird Horrors #6 and e-mailed Doug Gillock to let him know. Doug thanked me and they sent the book out for a new case. It came back an 8.0 Weird Horrors #7 but was now the “$$ Highest CGC graded $$” copy. Anyone who has been on a ComicLink auction for a in demand book knows what that means. I am certain the seller appreciated it, and Mr. Gillock said my no-prize was in the mail 😊.

So, who was this William Ekgren who apparently worked for the now defunct St. John publishing company. No one seemed to know. No one from the gang at Overstreet knew. His name/signature was featured prominently on the front of each cover. Overstreet highlighted Ekgren covers in the guide with first his name, later his name and the “Classic” cover terminology, and today his name and “painted” cover. The painted cover is very accurate and we can thank one man for clearing up the mystery that is William Ekgren.

Comic historian Ken Quattro the “Comics Detective” is the man who finally cracked the case of “Who is William Ekgren?” Ken’s curiosity had been piqued by this mystery man for many years he had been working diligently to find the answer. He finally caught a break and discovered Mr. Ekgren’s whereabouts and his story. I will give our readers here a very brief outline of William Ekberg’s involvement with our comic books today, however I would encourage anyone who is interested to checkout Ken Quattro’s blog in the Comics Detective (site seems dormant now) for this story and many others. You can also google William Ekgren and find out about the man, his history and work. It really is quite an interesting read.

William Ekgren came in to contact with Arthur St. John and Marion McDermott of St. John Publishing while painting in a Greenwich village market in New York. They purchased the publishing rights to Ekberg’s paintings for $100 each. Matt Baker was the art director for St. John Publishing back then, you have to think he had a hand in selecting the pictures for use as a comic cover. They returned the paintings to William Ekgren when they had been copied and he then presumably sold them off with the rest of his paintings. I wonder where they are now? And that folks that is pretty much it in terms of William Ekgren’s contribution to our comic hobby. Three paintings that were used as comic covers on three comics. There is a lot more to the man and his work and his story is quite fascinating. He apparently did not know that his work was revered in comic form when Ken Quattro first contacted him in Sweden 8-10 years ago (at the tender age of 88). You have to wonder how often or common the practice of using original paintings for comic covers was by comic publishers back in those days. Another story maybe for another day.

A quick look at the interior content of the books reveals the standard fair for this time period. Multiple stories with Crime, Horror, Suspense, and a little humour mixed in to the five to seven stories in the books. Art wise Joe Kubert has a story in Strange Terrors #4 and Weird Horrors #7. Joe Kubert was a regular artist for St. John Publishing and his work is found in other issues of both titles as well.

The highlight for these books as noted was William Ekgren’s artwork. I am not an artist, I can only describe the work as psychedelic, surreal, and unique in my limited experience. I would love to hear an opinion from someone who knows art (please don’t tell me it’s junk 😊). My favourite of the bunch is as previously stated Weird Horrors #7 followed by Weird Horrors #6 with the alien looking character on the cover. Strange Terrors #4 I don’t like that much. To me it looks like a picture of a woman’s body with her head removed on one side, and beside it a picture of a woman’s head drawn on the top of a penis. I may be all wrong about that picture, it is certainly unusual. All of these books have a premium price within their respective runs and in the marketplace.

The 47th Overstreet Guide Prices for the books covered today are as follows.

As it is with many popular pre-code horror comics the guide is really used as a multiplier for the actual price the book will sell for: 3-5x guide is not uncommon for the higher-grade copies.

Back in two weeks…continued good luck in your own search for books that are special to you! 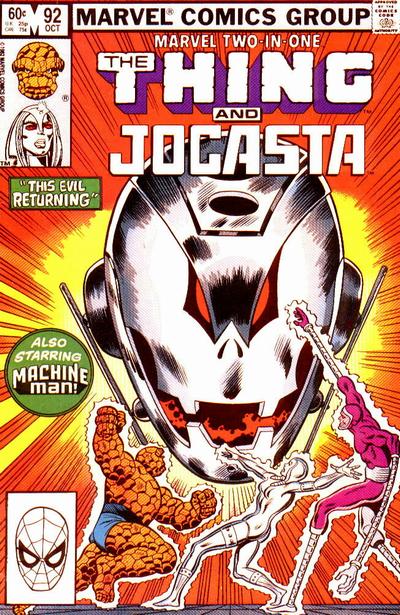 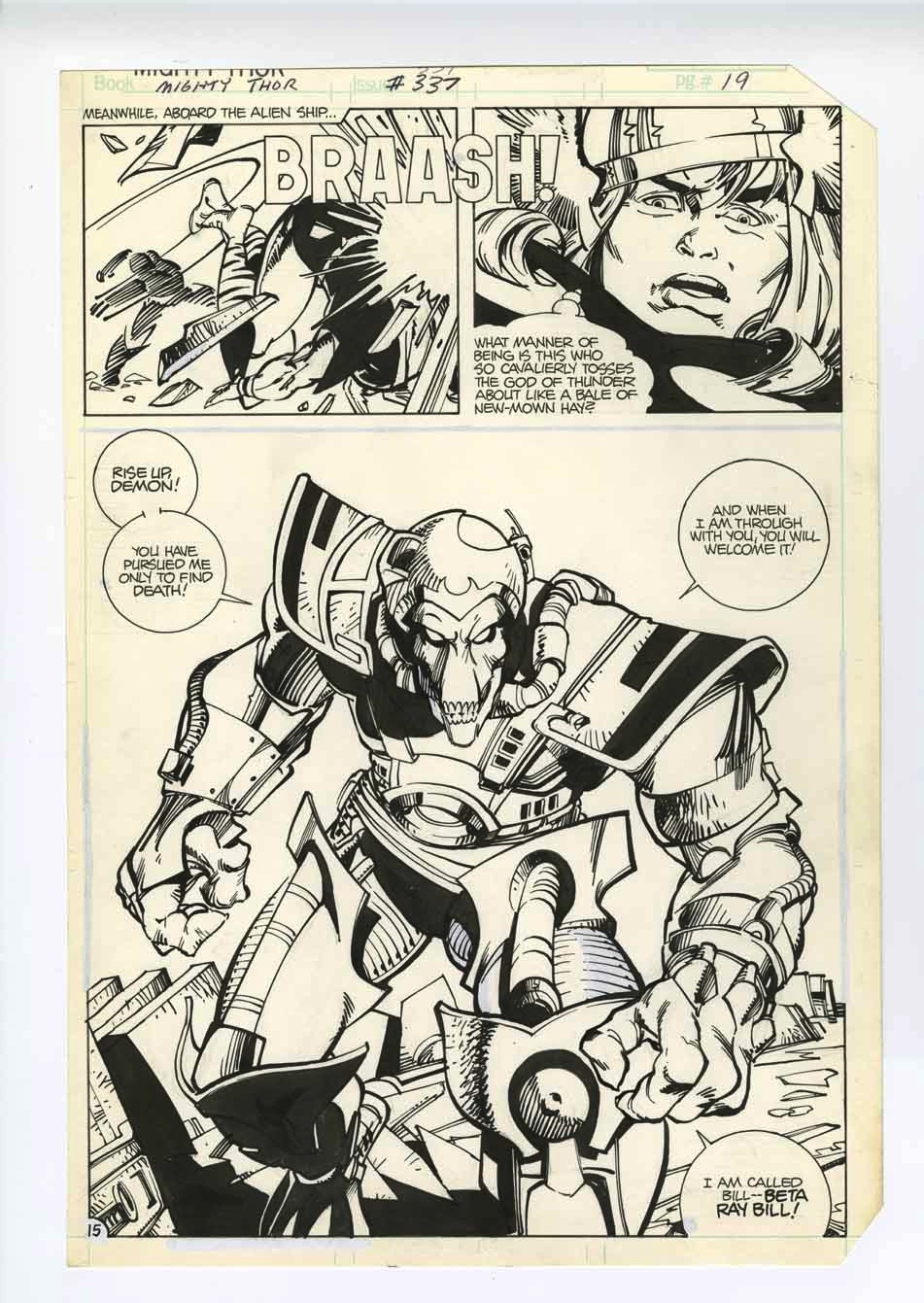