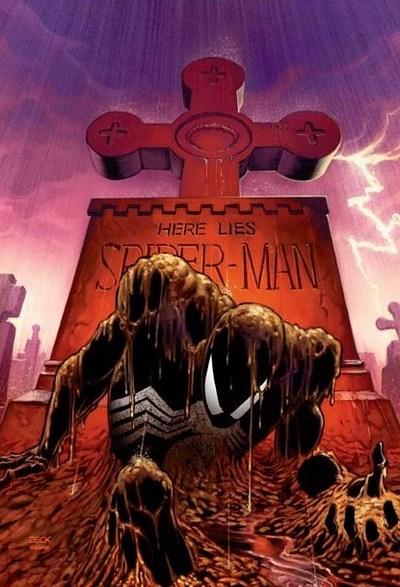 “Sling us a web, you’re the Spider-Man
Sling us a web tonight
‘Cause we all sure could use us a hero now
And we think that you’ll do all right “

Ode to a Superhero by Weird Al (via Billy Joel)

Well it’s official, Sam Raimi, Tobey Maguire and everyone else are apparently done with the Web Head.

I have rather mixed feelings about the whole situation. I love the first two Spider-man films. Especially the second. Raimi along with Alfred Molina did something long thought impossible by comic book fans.

They made Doctor Octopus cool.

But at the same time, the third film is a steaming pile of crap.

Plagued with a release date, slight studio interference and not a particularly good script, Spider-Man 3 has a few decent moments and really good casting but on a whole, is not a good film.

And Raimi knew it.

If you read recent interviews with the director, it’s obvious he feels that there were a great many problems with 3 and if he were to move forward he would like to replicate the critical success of the first two films by doing what he did the first two times.

Film a movie based on a good script with characters he loved as opposed to characters the studio wanted crammed in there.

When faced with a similar situation that they were faced with during 3’s pre-production, Raimi and his cast took the high road and walked.

Sony has now announced that Spider-Man “4” has been tossed and the word “reboot” is being uttered everywhere.

I’m slightly disappointed because I truly do enjoy the first two films. Other then the “power ranger” Green Goblin suit, Spider-Man was pretty much everything I could have wanted from a Spider-Man film. And 2 was even better.

When I heard The Vulture being discussed as a villain for part 4, I was a bit relieved. It sounded like Raimi and crew were going back to the core concepts and knowing of Raimi’s affinity for the old Spidey villains, I saw it as a good sign.

And then release dates got set and rumors started to circulate about additional villains and time-tables without a script being ready, etc.

And while I love the first two flicks, if Raimi and company walking away prevented a repeat of Spidey 3 or worse X-Men The Last Stand (another film rushed into production before it was ready), I’m thankful.

But where does Sony go from here?

Sony is saying it’s going to do a film that focuses on teenage Spider-Man as opposed to adult Spider-Man.

In other words, a soft reboot.

If I were them, do not do the origin again. Everyone knows it now, no need to retread it. If you have to, do it in the credit sequence at the start of the movie like Spider-Man 2 or The Incredible Hulk.

Do not go with the same villains you had or at least not for a while. My personal pick would be Electro.

And if you are going to reboot things like Mary Jane knowing his identity, make sure it’s clear from the on set so you can play with the relationship dynamic.

I won’t speculate on casting yet as we don’t know all the details on a script or story but I will say that two hold over rumors from 4 of John Malkovich as The Vulture wasn’t bad. As for my idea of Electro, I am always available for a part like that but in a pinch Jason Statham. Someone a little bit rough and looks like he could be a criminal. As for Spidey…I couldn’t even hazard an idea at the moment.

Director wise, Aint It Cool suggest Neil Blomkamp (District 9). Can’t agree more. There’s a guy who knows how to balance story with effects and do it on a tight budget. If he could bring the same work ethic to Spider-Man, I think we’d have something impressive.

And the most important thing that Sony has to do is give it time. The world is already filled with half done mediocre scripts and films. These very rarely translate into huge numbers. Work it until everyone agrees it’s ready and then start filming.