If you’ve been following Comic Book Daily the last little while, you may have noticed that editor Pete DeCourcy has been asking interesting questions to the rest of the CBD staff. The question this week was based around a recent quote and decision from J. Michael Straczynski.

“graphic novels… along with the occasional high-visibility miniseries. [are where] I think that the business is going.”

Now first off, assuming this was JMS’s decision, his jump from Wonder Woman after four issues is terrible. Poor Gail Simone. While I’m unsure if I liked her run on Wonder Woman, I do know that you definitely got the feeling that Gail loved the characters. Right or wrong, she was doing the book out of love and you’ve got to respect that. Now JMS on the other hand was brought on board, gave her a crappy costume, a crappy story and then just up and leaves. This is essentially the equivalent of rough butt sex without the courtesy of a reach around. I feel bad for whoever the writer is trying to pick up the pieces after this sordid mess. 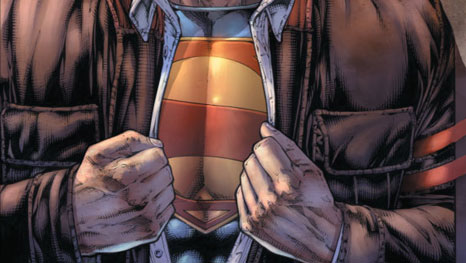 But beyond that there is the main question of graphic novels. Are they where the industry is going and is it where it should go?

It’s a very tough question with no real answer but here’s how I view everything about the subject.

Are graphic novels the way of the future?

But that’s nothing new. If you look at the structure of the modern comic book series over the past five or ten years a strong majority of the storylines in comics are geared towards the trade/graphic novel market. Stories are now geared towards four to six issues (on average) which makes for a great length for trades.

Will the retail area convert to this model?

They already have. While I have no hard facts or numbers, I imagine that if you took a good look at what comic shops buy, it’s really geared towards graphic novels and trades. I know for a fact that’s what books stores aim for in terms of their comic departments. Chapters (a Canadian chain of mega book stores) for instance does not have a “Comic Book Section”. Sure they have a spinner rack with a few main stream floppies (a ton of Simpsons comics for some reason… not saying Simpsons comics are bad, I’ve just always found it odd) but the main area for comics in Chapters is the Graphic Novel section and they are in graphic novel/trade format.

So where do I personally stand?

I buy 90% of my comics in trade. It is both convenient and cost-effective for me. But as many of you readers already know, I have two monthlies, Buffy and Secret Avengers. There is something about waiting to get a hold of these books every month that’s just awesome.

So in the end, I guess I’m on the fence… with a slight lean towards trades.