Take a look at the comic rack of your local store.

Now if you’re around the age of 30, a lot of things are starting to pop that look very familiar.

It’s almost like comics have returned to the 90’s.

For those who weren’t around at the time, the 90’s are best summed up as being a huge period for comic book profits, the rise of publishers other than the big two and of variant covers. It was also a time (in retrospect) of mixed quality, Marvel in Chapter 11 and ended with a huge bust for industry.

It’s my belief that the comic book industry on a whole is on the verge of a huge change. When the collapse happened in the late 90’s early 2000’s, the industry itself went through some big shake ups.  For a period it looked like new writers would ever break in as the artist was king. The collapse allowed for writers like Bendis, Johns and others to finally get a foot in the door.

But as of late the past seems to be returning. Variant covers seems to be slowly multiplying. DC Comics has done something slightly inspired by reaching back and bringing in writers and artists from the 90’s boon period. Valiant Comics have returned. There is arguably more of a chance for writer and artists to make more money due to the rise of comic book based films and animation.

But will this all fall down into oblivion?

I have no idea but I think there are steps being made in the right direction to stop the oblivion scenario.

Variant Covers/ Special Editions/ What Have You 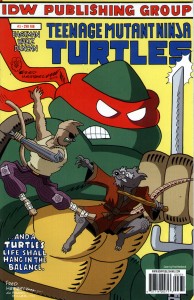 Don’t go any further. Right now it’s at a point where it’s great for collectors and great for the readers. Limit the covers, don’t go overboard. Collectors will always be part of the sales of comics but they are a marginal part. Keep them happy with variety but don’t flood shops with it.

Marvel and DC have all made great strides in the past few months to get their digital platforms more accessible and more attractive to readers. I think they’ve realized that a lot of traditional readers will always be there (for print versions) but you may be able to snag more readers with online convenience and portability. This is a trend that has to continue and it has to be made worth the reader’s while. Period sales, digital trades. Digital samplers would be a great idea (much like the Hickman Test Pattern pack). Bundle 8 different but similarly themed comics together for a low price or maybe even for free because really, this wouldn’t cost much to do but if you could hook that reader into one or two of those books, the rewards might well turn out to be amazing. And don’t be afraid to embrace the new technologies that are going to come and make things special.

One of the current series of hardcovers that I love (but can’t afford) is IDW’s series Artist Editions, Wouldn’t it be great if you had the digital collection of a comic and with a press of a touchpad you could delve deeper into the art? Strip away the color or even go to un-inked pencils? Or pull up the script?  Kind of like the extras on a DVD. There’s no real technical reason this can’t be done and stuff like this would add more bang for the buck. 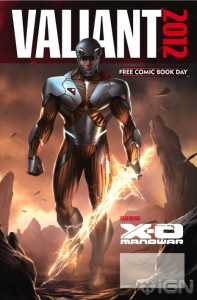 The worst thing that ever happened to pro wrestling was the buy out of WCW to Vince McMahon and the WWE. The reason being that it eliminated competition. The past few years we’ve seen the solidification of a few smaller publishers (Boom, IDW, Dynamite) into the comic mainstream and I hope things continue as such with 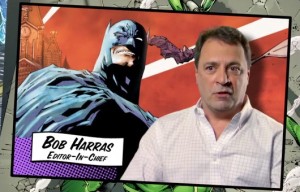 There has been a ton of grumbling online about DC bringing a lot of writers and an artist or two from Marvel’s 90’s era. It doesn’t help these grumbles that Bob Harras is currently EiC at DC. But I don’t think this a bad thing per say.

But it could become one.

Writers like Howard Mackie, Tom DeFalco, Ann Nocenti and others haven’t been around in a while and yes they are all well established from that period if you lo0k back, a lot of these folks were good at what they did. Just because they are from that period, it doesn’t mean they are stuck in that period.  The worst thing in the world for any creative type of person to be is piegon holed.

Experience can also be a game changer for these writers and artists. They’ve got more time and experience as writers and in the world. Being that a majority of these creators haven’t worked at DC, they might have new stories to tell.

And the same goes for Marvel. There is no shame in bringing back an experience writer or artist if there is a good story to be had.

But that doesn’t mean you should keep them on if they end up being crap.

New writers and artists should still be encouraged and fostered especially by the big two. There is no reason space can’t be dedicated for newcomers. Bring back Marvel Comics Presents or DC Showcase. If need be, do it digitally (no printing costs) to try out new talent.

I love comics and everything I see says I’ll have the chance to see the industry grow and hopefully grow more people who love comics too.