I honestly was working on a great column for this week…and then I honestly ran out of time to finish it (you will see it eventually, it’s another 101 piece much like the Grendel one that ran a while ago). E3 is currently on and due to being an avid gamer (to make it clear, I love video games, follow videos games, suck horribly at them, feel free to add me on Xbox Live, my gamer tag is BCGrendel316) and my podcast, I’ve had to follow what’s going on there all week so it took a bit out of my research time.

But it benefits you because I’m going to do a brief summery of what we’ve seen so far in comic and related genre games as well as touching on an issue that came up last week.

Aren’t I awesome? (suddenly I hear the clicking of five people adding me to as Live friends with the expressed purpose of blowing my head off in Halo).

I can honestly say that of all the trailers and demo footage I’ve seen coming out of E3, I am most looking forward to getting my hands on the Scott Pilgrim game. I love the old beat’em up games (the trailer reminds me so much of an NES fave called River City Ransom) and everything we’ve seen so far rings so true with the comic. If this had be a 1080p side scroller with Micheal Cera, it would have sucked, but the fact that this is not only a retro style game but downloadable and has four person co-op makes it an instant download.

When the first trailer came out, my co-host Adam did something in his pants that I’d rather not describe. While I have always like this fighter, there are people out there like Adam who LOVE this series, in fact it was one of two questions Adam asked Joe Quesada about. I love the characters that are being thrown in (Deadpool is a great addition, I’m really hoping Molly from Runaways makes the cut) but the deciding factor will be the game mechanics. But after the last Street Fighter game and demo footage, I believe this could be something really great.

The game that, if it delivers what it is currently promising, will probably destroy this column, my job, my relationships with my girlfriend, family and sunlight. If you haven’t seen anything about it yet, this is an MMORPG from Bioware, the same people who brought us Knights of the Old Republic which is in the top three of Star Wars video games ever made. The new trailer looks sweet. The only problem is that no one has announced the pricing system. There was a rumor floating around for a while that it would be free (you’d by the game and expansion packs but would not pay a monthly fee) and if that’s the case, goodbye world, it was nice knowing you.

Things That I Didn’t Really Care About

Xbox Natal…sorry Kinetic and the Playstation Move…could care less. I know this is a market that the companies have to tap into but there’s nothing exciting here to bring any new gamers to either of these expensive machines when you can still buy the Wii and play pretty much the same games for half the price. The PS3 has a bit of a leg up in those regards because you also get a blu ray player. As for Kinetic, nope, not even your Star Wars lightsaber game has drawn my attention.

Things That Surprised Me

I’m rather surprised we have yet to see anything in regards to a Thor video game. With the movie on the way, I kind of imagined we’d get a glimpse of a God of War clone but so far, nothing. Nothing new to report on Batman Arkham Asylum 2 but the last game was fantastic, nothing says this game won’t be too.

Now for something completely different

So apparently Marvel is going to release an Iron Man annual online, day and date with the print copy. There’s been a lot of debate on the subject and how this might change things, blah blah blah blah. So here’s my two cents. This changes nothing. I very much doubt any comic shop will notice any difference in sales of this one issue. The main reason is, comic book shop customers for the most part, aren’t the guys downloading comics anyways. At this moment, there is nothing the ipad can really offer that will bring a guy like me from the shop to downloading. However, the people who are downloading comics are mostly lapsed fans (people who have not bought comics in years) or new fans. If they can get all of the product day and date, they will be less likely to go to comic shops because now there is no need to. A download might bring in a few new customers who HAVE to read the rest of the story as it comes out instead of waiting. We’ll see what happens in the future because this is only going to continue. 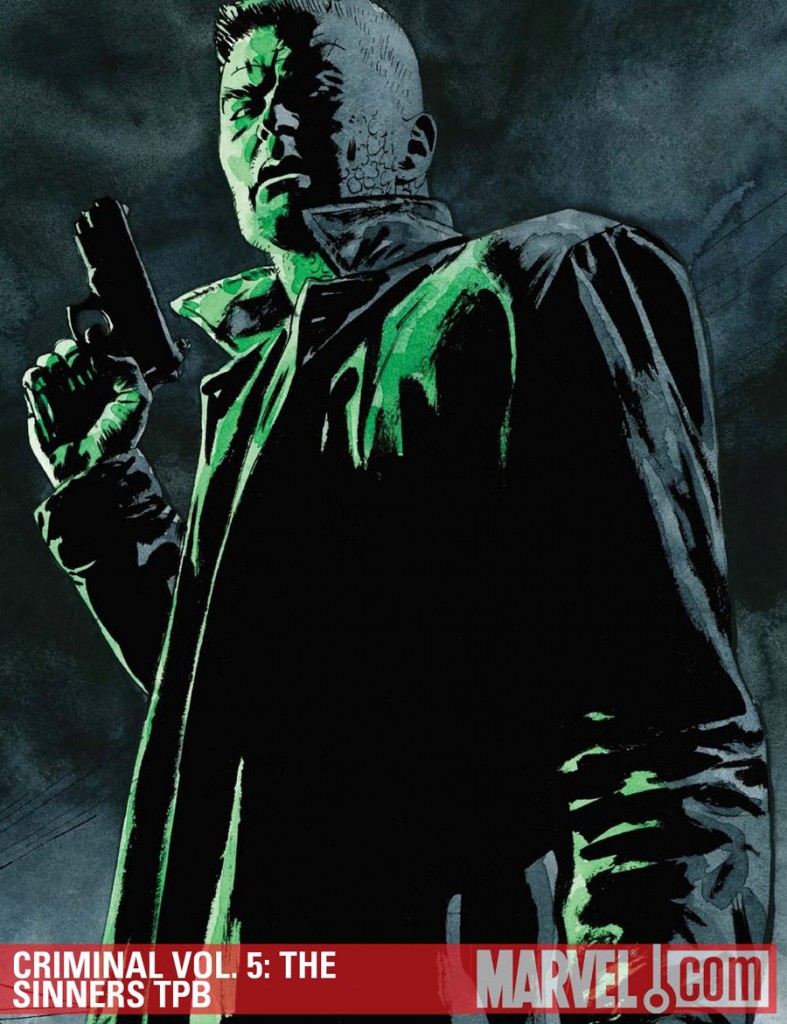 One last thing, the new Criminal trade came out this week…SO GOOOOOOD! I love this series so much and honestly, you can tell from reading it, Brubaker and Phillips have left some awesome doors open for future installments. If you aren’t picking up Criminal (either floppy or trades) then I’m pretty sure something’s wrong with you….like seriously, see a doctor or something.