Do you wanna learn comic book skills from some of the best?

Just to let all of you aspiring comic creators know about a great opportunity to learn some skills from some of the industry’s best with hands on instruction in a series of workshops. The Toronto Cartoonists Workshop is an initiative run by Walter Dickinson that brings together industry professionals from the Greater Toronto Area to teach a number of workshops for highly valued cartoonist skills. This year for their winter session, the TCW is offering three different workshops. ComicBookDaily is going to do its best to attend these workshops and report back to you guys on the happenings. So keep on checking back for updates!

A bit of background on the TCW to start though. Started by Walt as a spin-off project after helping a local animation school start up their own full time comic book program, the TCW started offering workshops in 2009 with a course on background design taught by Paul Rivoche. When asked about the goals of the TCW, Walt Dickinson had this to say:

Hopefully in the not to distant future we can find a permanent location for the TCW.  This will allow us to invest in equipment and diversify our offerings.  At some point I would like to offer hands on instruction for those creators who want to make the web their delivery system of choice.  There are alot of amazing cartoonists out there who don’t even bother to do a print version of their material. I think this is a great way for new cartoonists to get exposure and I would like to get a comprehensive curriculum in place for that.

Sounds awesome, let’s take a look at this semester’s offerings.

Show Me a Story: Fundamentals of Storyboarding

Storyboarding is the pre-visualization of a scene for live-action film or animation to be used by the production crew to give them a general idea of how a scene should look. This course is going to be taught by Sam Agro who has storyboarded a number of fan-favourite series including; Teenage Mutant Ninja Turtles, Ewoks and Droids and a number of the SAW films. 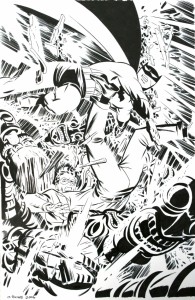 For those not in the know, usually after the primary artist on a comic known as a penciller puts his pencils on a comic art board, the artwork is passed onto an inker who takes the lighter pencils and applies his inking magic to them to darken them and provide a more defined image. There’s way more to inking than simply tracing over a penciller’s lines and darkening them, an good inker has his or her own individual style to bring to the work This session, the TCW has managed to scrounge up four incredible inkers in the business to teach its students the ins and outs of comic book inking. The lineup which seems pretty impressive includes: Ramon Perez (JSA Classified, Butternut Squash and Star Wars Clone Wars), J.Bone (Brave and the Bold, DC Superfriends and The Spirit), Ty Templeton (The Simpsons, Batman Adventures) and Pat Davidson (X-Factor, Ultimate X-Men and New Avengers). Check out some of their works below.

Writing for comics: Finding Inspiration on a Schedule

Writing for comics professionally can’t be easy, especially when you’ve got a bunch of rabid fans spending their hard earned cash on a story that you have to cram into 22 pages. You gotta factor in plot, background, pacing and dialogue and it’s often the writing in a comic that makes or breaks it. So you better know what you’re doing if you wanna be the next Grant Morrison or Bendis. The TCW has managed to fish up Ty Templeton who has written Spider-Man, Batman, the Justice League and many others. Ty’s gonna be teaching everything you need to write a successful comic from: story construction, character development, dialogue, plotting and editing.

So if you are serious about making it or just wanna learn some cool skills, sign up for the Toronto Cartoonist Workshop program. Cost is $310 per workshop for 8 weeks of 3 hour classes. Classes start the week of February 1st, so get going! And if you can’t make it to these, I hear that there’s going to be a comic pencilling workshop in  the works! Pun somewhat intended! Check out the Toronto Cartoonists Workshop here or on the logo up top. 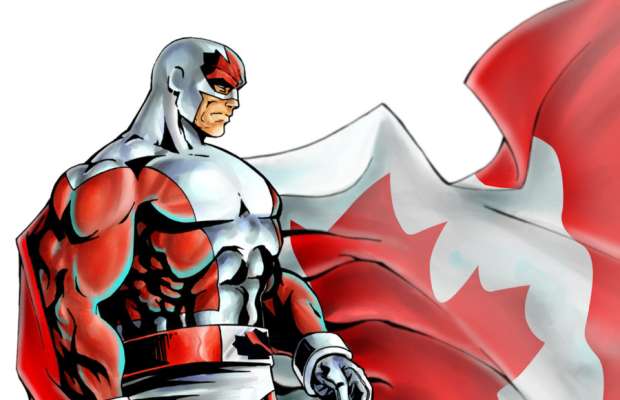