No Sleepy Censor series would be complete without the classic Rifleman “Woody” cover from the good wholesome people at Dell Publishing. Dell was so squeaky clean that they didn’t even have to get a Comic Code Authority to print comics. Printing Chip and Dale does have its fringe benefits. 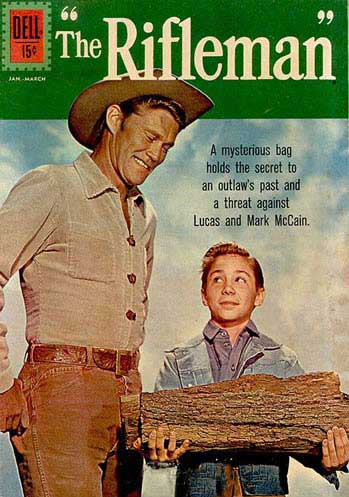 This cover is all about positioning and facial expressions. Chuck Conners has got the “yeah, that’s right” look about him and to tell you the truth I don’t even what to think about what’s going through the kids mind. The whole thing is too staged for it to be considered coincidence!