Received this in my inbox yesterday as part of Steve Rude’s newsletter: 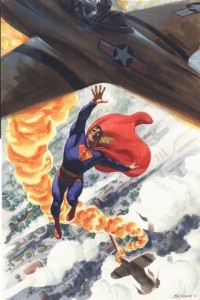 [quote]Devotee’s of the Dude Daily Diatribes may find this of interest:

This decision took place no less than a month ago, after I came to the following realization–

One– I’ve had enough time away from the field to want to come back.  In the time that I’ve been gone, comics seem to have only gotten worse in terms of art and story, which is what made me back off in the first place.   I feel that any direct contributions I could make by re-entering the field might have a positive effect.

Two– I needed the bread.  Commissions and other jobs are fine, but actually being an active member of the comics field seemed more prudent.  After talking it over with Gino, we decided it would be best to write the company I’d most like to do business with, and then see what transpired.  And who would that company be?

That company would be DC comics

The books I would most like to contribute to?  Here they are in order of preference:

One month ago, I began my contact with DC through an editor that I knew.  Having no success, I tried a second editor.  Then finally, one of the higher-up “exec” types.

So far, one editor has responded–with a polite turn down.  The two others I never heard back from. 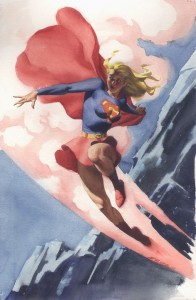 It’s no secret I have a strong man-love going for Steve Rude: he is one of the greatest living comic artists today with a timeless classic style.  Here’s my humble collection. 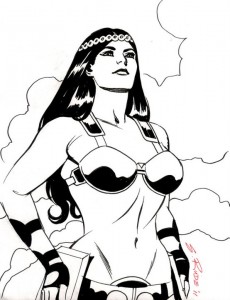 Unfortunately he swore off mainstream comics publicly a few years ago and like many tried his hand at a creator-owned work, The Moth.  He even went the self-publishing rout with little success.

Based on recent news it looks like Rude picked the absolute worst time to try and get a book going with DC as their entire line is being relaunched.  I can only hope someone at DC, Mark Chiarello perhaps, can get him on a monthly title.