Greg Rucka: Writing WW:BN. Zombies, Black Lanterns, death. Is it wrong that I’m happy about this?

Gail Simone: I can’t believe people are bashing Randy Quaid, considering he gave his life flying his plane into the enemy ship’s anus.

Gail Simone: It sucks that @danslott and I almost worked together on a JLA story but didn’t get to in the end. LOVE YOUR WRITING, @danslott!!!

Paul Tobin:I wish I had more time in my life for outright debauchery.

Dan Slott:New Spider-Man art’s in from Marcos Martin! Today is officially a GOOD day! Excuse me while I dance around like an idiot for awhile. 🙂

Warren Ellis: They say there’s no such thing as a free lunch, but I don’t see anyone else finding this dead hedgehog, do you?

Kate Beaton:I am full of the most hearty soup from the Iranian restaurant across the street (made by an Iranian grandma!) and am ready to go to Maryland

Mike Kupperman: Charles Darwin was fascinated by why different species didn’t mate, even when he dressed them up, soft lighting, nice music etc.

Philip Tan: Still not feeling all that excited on the drawing table…enjoyed flashforward and fringe… But still not there, didn’t finish page today-

Skottie Young: Watch me pencil my Land of Oz 2 cover digitally. Actual time was about 43 minutes. I print this out and ink original http://bit.ly/1F6FtS

Becky Cloonan: my drawing bump is encrusted with ink, haha. it sounds gross, but it’s true!!

Michael Cho: my wife likes to get my 11 month old baby girl to answer calls by telemarketers. We put it on speakerphone and let her have fun.

Gail Simone: WTH? I just got the new Secret Six tpb and it’s got a 50 page introduction by Kirk Cameron!

Cameron Stewart: I feel it pertinent to point out that contrary to my earlier tweet I am not, nor ever have been, nor ever will be, a juggalo

Kate Beaton: Aw man Stephen Lewis is speaking this weekend at Mount Allison, what a thing to miss

Robert Kirkman: I just want to thank everyone in the world. HAUNT #1 initial orders are more than double what I was hoping for.

Robert Kirkman: It’s Image’s highest selling book in almost a decade. It should outsell almost everything I ever did at Marvel.

James Robinson: I know I’m a DC guy and all, but boy Fantastic Four is good. Way to make me feel like a shit writer Hickman. 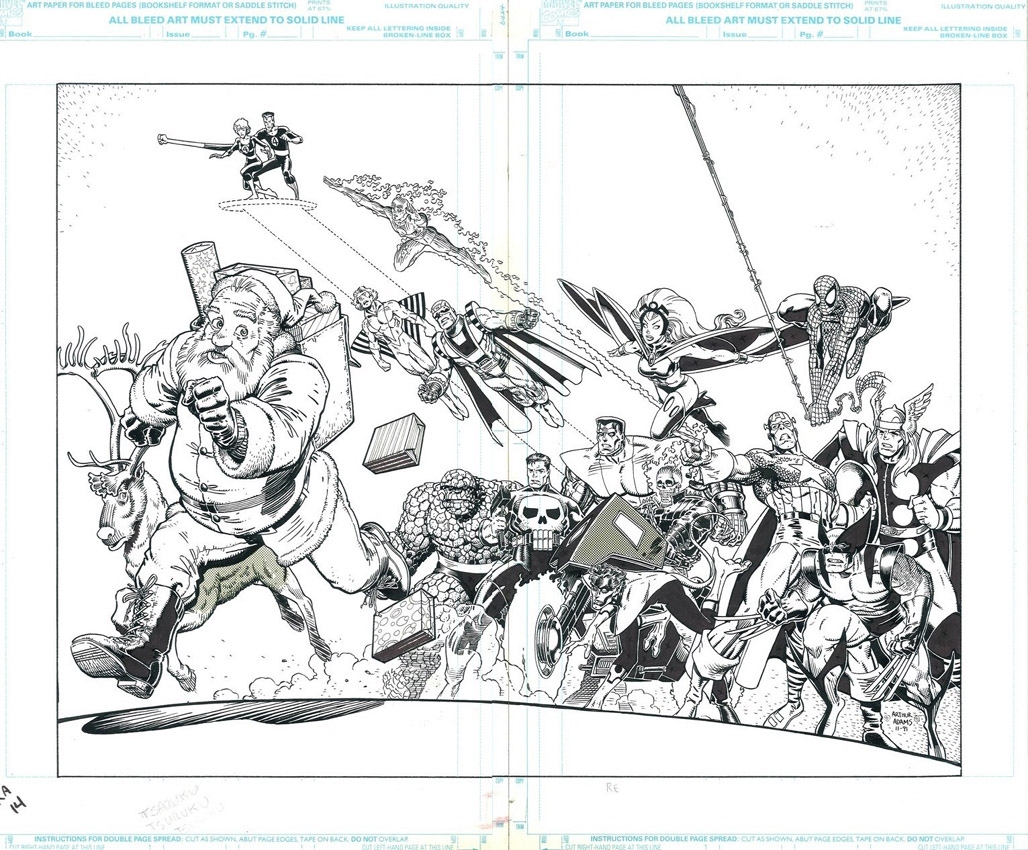