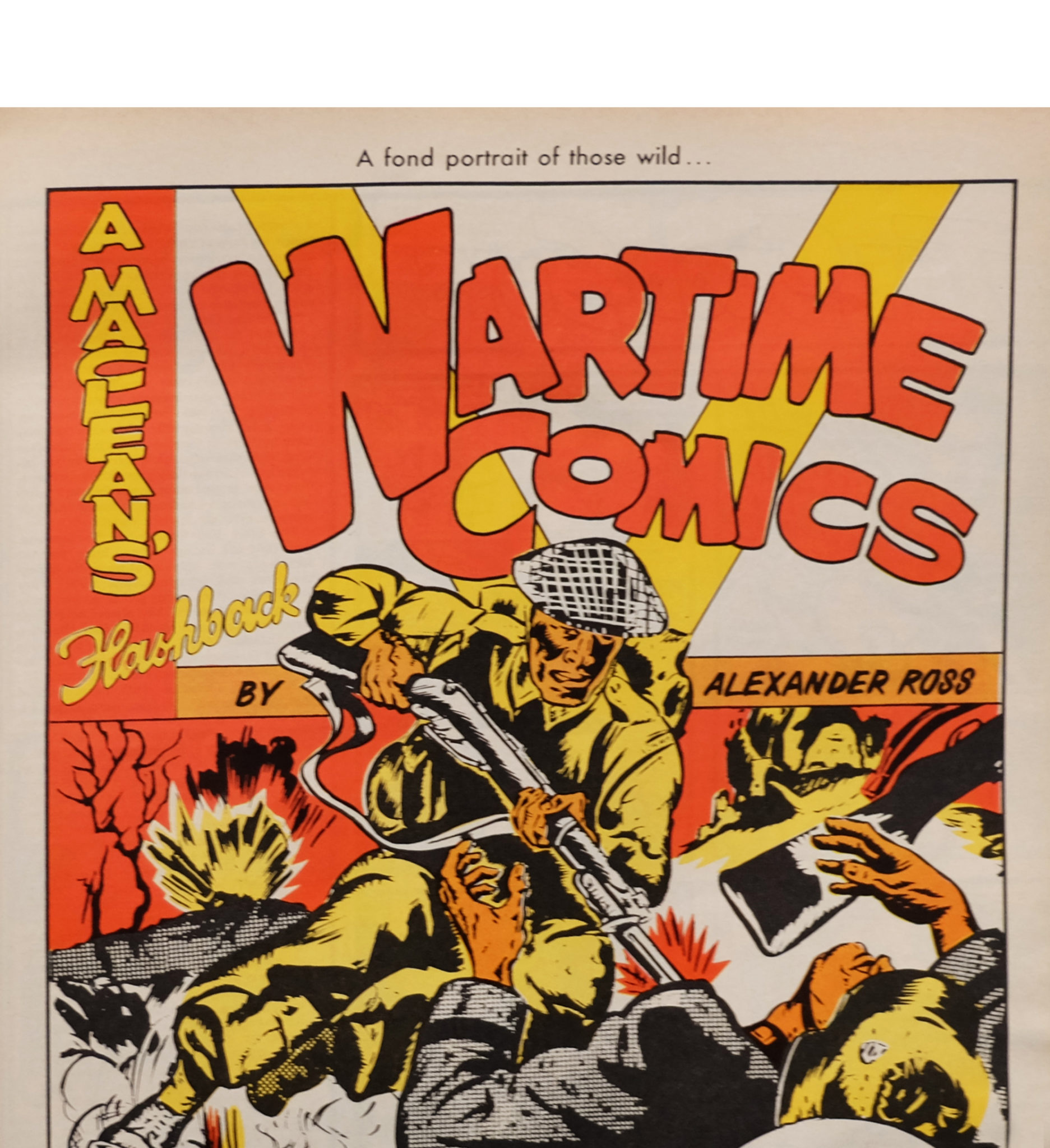 It was 50 years ago this week that the earliest article I know of on Canadian WECA comics appeared in the Sept. 19, 1964 issue of Maclean’s Magazine. It was written by Alexander (“Sandy”) Cameron Ross as part of a series called “A Maclean’s Flashback” and its title was “A Fond Portrait of those Wild Wartime Comics.” Ross was perhaps best known for founding Canadian Business magazine in 1977 and posthumously has had a national award ‘The Alexander Ross Award for Best New Writer’ given out by the National Magazines Awards Foundation.
Read More