In the summer of that year Anglo-American put out Freelance Comics No. 1 (July/August) and then just after that Grand Slam Comics No. 1 (Sept./Oct.) and then Three Aces Comics No. 1 (Nov./Dec. 1941). This rounded off that first year for Anglo-American with all original Canadian material and characters such as Freelance, The Crusaders, Pat the Air Cadet, and Don Shield. At this point, however, Anglo-American decided to veer off this Canadian path and contract with Fawcett in the States, not to reprint their superhero stories, but to use their scripts for redraws. Of course, government acts prevented them from reprinting American comics outright (reprints weren’t really legalized until the war was over) in Canada, but not from drawing their own versions of the Fawcett scripted stories.
Read More 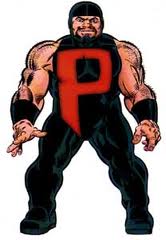 Superheroes are known for their extra special abilities that make them better than the average human. It gives them the ability to fight crime or foil evil. But, sometimes these superhuman characters are just like everyday people, even those with…