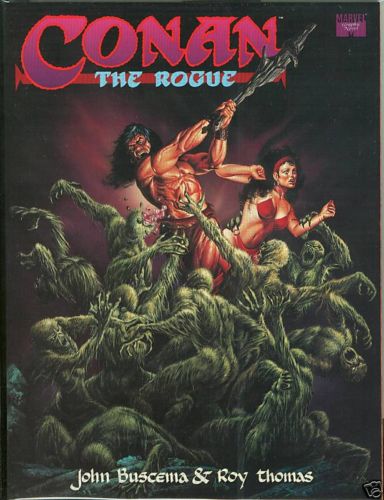 One of the best examples of Big John Buscema's Conan is probably the one that has been seen by fewer fans than any other. In 1991 Marvel released the graphic novel "Conan the Rogue" which was a story that was plotted, penciled, inked and coloured by Big John Buscema. He got his long time collaborator Roy Thomas to script the story, which he had plotted and oh what a job these two did on this book! It had a relatively low print run and was never really promoted from what I understand.
Read More