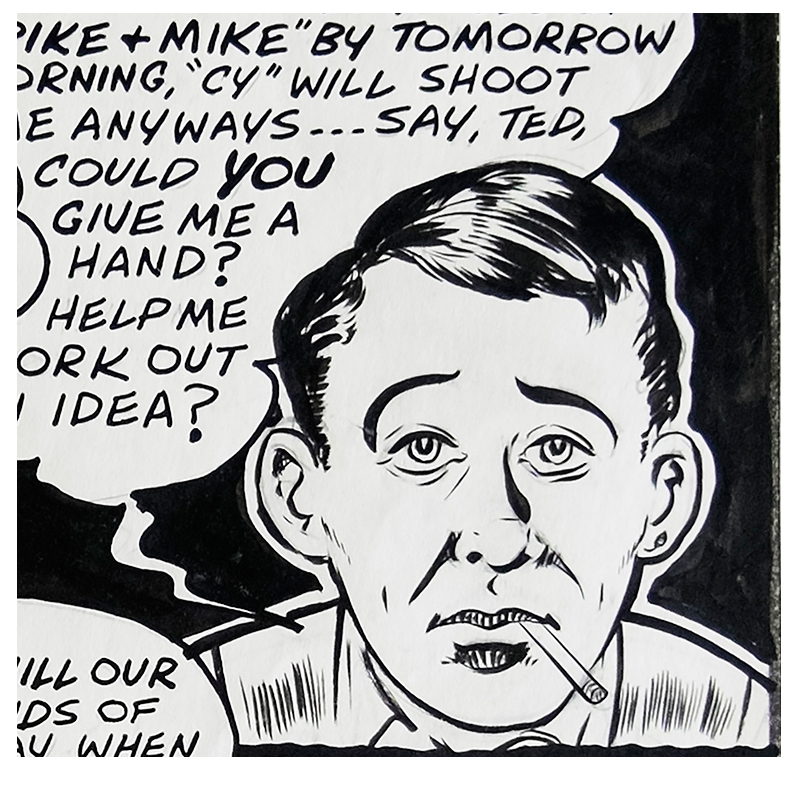 The Whites were not only about the cliffhanger dramatics of superheroes, spies, and soldiers taking on the Axis. Satirical strips like Steele’s Private Stuff and Saakel’s Spike and Mike, both in Joke Comics, were just plain tongue-in-cheek fun.
Read More

In late 1944, Steele seemed to have come up with the idea of doing cut-out masks of a few of the lead Bell characters on the inside covers of some of the Bell Features books. We modern collectors look back somewhat aghast on this because, just like Bell’s placement of cut-out coupons in similar locations, it must have led to wanton disfigurement of many of these books, but such were the ways of the world back then towards something that was seen as ultimately disposable and easily remaindered. Steele signed these "fathead" portraits with his shortened monogram "TAS."
Read More