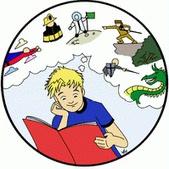 As school boards across Canada are becoming more open to varied strategies to improve student literacy, there has been an increase in the use of graphic novels in the classroom. However, there is still a strong stigma attached to the idea of using comics as a teaching tool. Anyone who has tried to convince a non-comic reader of the benefits of comics has heard the same things: the reading level is too low, the subject matter is frivolous, comics are too violent. While these complaints may ring true for some books on the market, it dismisses the wide variety of books out there that are challenging to read, thoughtful and insightful, and age-appropriate.

To a reluctant reader or an English Language Learner (ELL), prose text can be incredibly daunting; it is a wall of words, overwhelming to start, impossible to finish. The key to getting these learners to read is to engage their imagination and interest. Comics are a perfect vehicle. They divide up the text into manageable chunks, which are supported by images. These images help readers increase their vocabulary through the connection between words and images. Comics are especially useful for English Language Learners from Korea, China, and Japan, for whom comics are an inherent part of their culture. By offering a style of reading with which these students are familiar, they will be more willing to make the effort to read. The bottom line is getting them to read. Thus, it is better to offer a graphic adaptation of a prose novel covered in class to those reluctant and ELL readers, to allow all students to participate in discussions and unit work, rather than have some students fall behind and be unable to participate at all.

One criticism levelled at comics is that the reading level is too low. As it turns out, this is not true. According to read-aloud specialist Jim Trelease (2001), to become proficient readers, people need to master a set of about 5,000 ‘rare words’ that appear infrequently in conversation. In the average adult novel, these words appear 52 times per 1,000 words of text. In comic books, they appear 53 times per 1,000 (Hayes & Athens, 1988). Consequently, comic books don’t reduce the vocabulary demand on young readers, but they do provide picture support, quick and appealing story lines, and less text1. As it turns out, comics are just as challenging as prose novels in terms of reading level and ability. But, since they are broken into chunks of reading, they are much more accessible to reluctant readers and English Language Learners.

Even beyond the support given to reluctant readers and English Language Learners, the benefits of graphic novels and comics in the classroom are vast. They can: 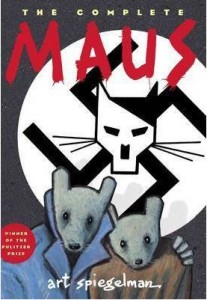 The key is choosing the right comic books. Seek out your local comic store for advice and read some books before deciding what will work best in your classroom. Perhaps you are looking for a selection of graphic novels to get your elementary students into reading; there are a lot of engaging books out there with positive messages, such as Jellaby by Kean Soo or Mouse Guard by David Petersen. Perhaps you are looking for something that you can use in your high school English or history class; there are a lot of great books with historical and social context that could lead to rich discussion, such as Maus by Art Spiegelman, or It’s a Bird by Steven T. Seagle and Teddy Kristiansen.

The most important is getting these struggling readers of all ages to read. Students are already drawn to comics and graphic novels. It’s only logical to take advantage of that in order to help develop reading skills. Teachers who have used comics in their classrooms quickly learn that the criticisms of the medium are unfounded, as their students’ reading skills develop successfully through the use of these books.

Jennifer Haines (M.A., B.Ed.) taught grades 7 to 12 at The Linden School in Toronto, Ontario for 8 years (but is currently on mat leave). She also owns The Dragon, located in Guelph, Ontario, which was named a finalist for the Will Eisner Spirit of Retailing for the second time this past summer. Combining her knowledge of teaching with her knowledge of comics, she also administers
Comics In The Classroom, a resource to help teachers select graphic novels for their classrooms and libraries, through which she has successfully tailored graphic novel programmes for teachers and school boards throughout Ontario.