So I walked into the office at Comic Book Daily to see Pete (my editor) hanging upside down from a chandelier.

At which point he threw a mini comic and a full sized comic down to me. Pete then pointed towards the door at which point I got the gist of my job.  Read the comics, write about the comics, email my review back so I don’t have to deal with the lunacy that is the office of Comic Book Daily. 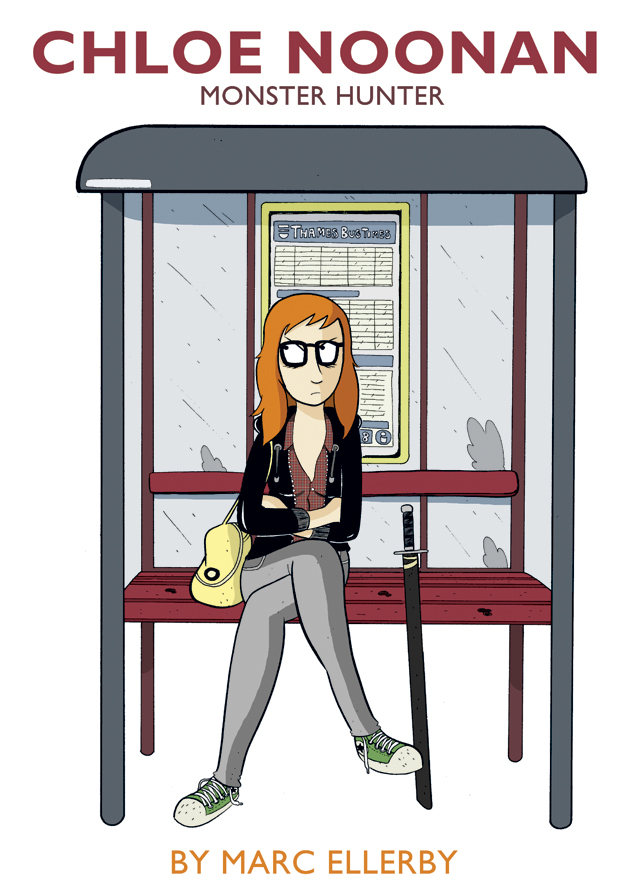 The best way to explain the comic is fun.

It’s kind of a mix of Men in Black, Buffy and MTV’s classic cartoon Daria. Chloe is a monster hunter…but not to hurt them, just to kind of keep them out of our lives.  She really likes bombs.  At the same time, Chloe is also a college student and plays in a rock band of sorts.

Not a heck of a lot of background has been given and honestly, not a lot is needed. Writer/artist Marc Ellerby (who recently worked on Phonogram, and has a web comic Ellerbisms) has pretty much brought you up to speed by the second page of the first issue. 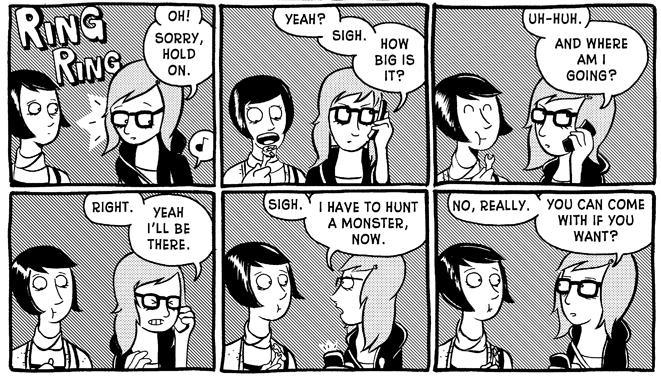 Both issues are a great fun read. The dialog is snappy, the art is simple and fitting and once you’re done it isn’t a big brain drain but you do want to see more.  It would make for a good animated series, especially for something like the Cartoon Network’s Adult Swim.  But until then, I’ll settle for more comics.

You can find more at www[dot]marcellerby[dot]com.