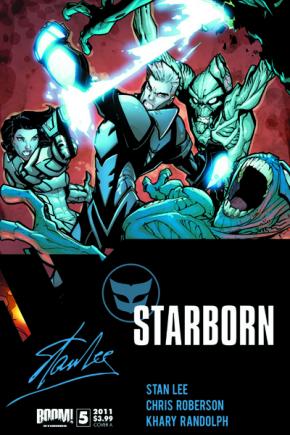 This week I’m checking in on the fifth issue of Boom!’s Starborn, the Stan Lee creation helmed by Chris Roberson. Excelsior!…and stuff.

Benjamin Warner dreamed of being a successful science fiction writer, but instead found himself in a dead-end office job. One day the girl of his dreams arrived to save him from the Hive, revealing herself to be a shapeshifting alien and member of the Crimson Hand. These aliens, strangely enough, were characters from his manuscripts. Now accompanied by General Cur Talon, Tara and Benjamin travel through outer-space hoping to evade their pursuers. 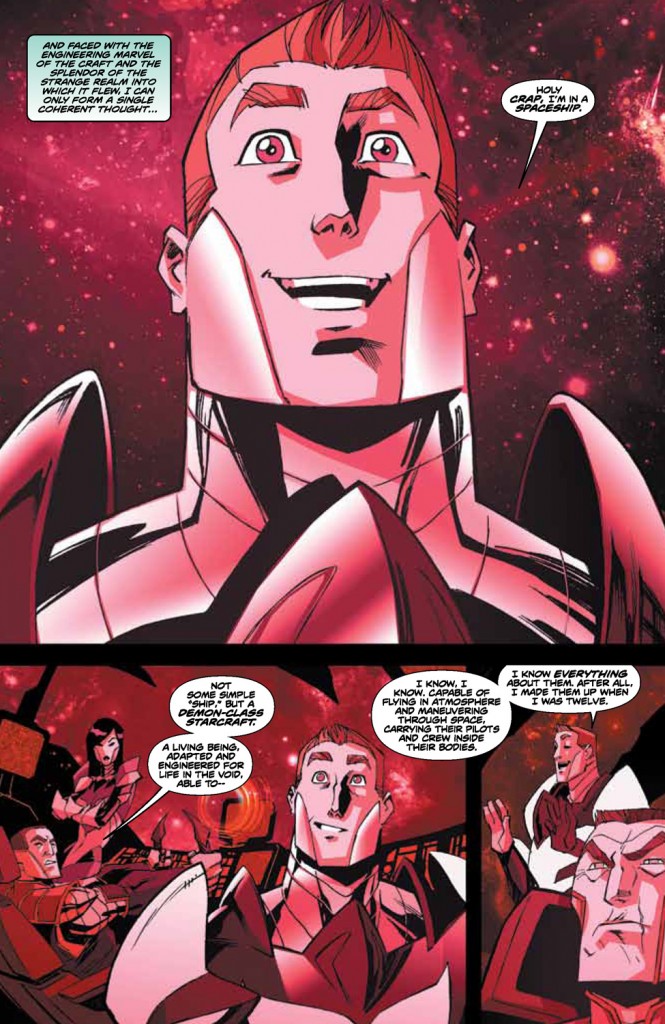 Aboard a Demon-Class Starcraft, Tara, Cur and Benjamin leave Earth’s atmosphere and head into under-space to ensure their escape.  Benjamin marvels at the idea of being on a space ship as they continue their travels. Tara explains how Benjamin came to arrive on Earth, how his mother was killed and how Tara continued her pledge to protect Benjamin who was still an infant at the time. The ship comes out of under-space right and is met with the fire of a Hive space patrol, forcing Talon into immediate evasive maneuvers to avoid the ship’s laser fire. Back on earth the remaining Hive units decide to split up and investigate multiple readings of advanced technology  on the planet. They eventually find a single ship in South America. Meanwhile in space, Talon lands the ship on an alien planet. Once landed, Tara begins to barter for supplies until Benjamin sees a beastman attack a mother and her child . Benjamin steps in to stop him using his gauntlet. Despite saving the mother and child, they see the gauntlet and are instantly more afraid of him than they were the beastman; the beastmen begin to gather around Benjamin and prepare to attack him.

Through five issues the artwork has been consistently strong. The pages are very colourful and lively, and have continued to be thus far. The art continues to be starkly differentiated by Gerads’ colouring which differentiates varying locales or periods when the story telling shifts gears, a constant throughout the series.  As with the first issue, Gerads creates a grainy blue and white effect on a singular page to accentuate a flashback sequence depicting Benjamin’s arrival to earth. In other scenes, a reddish tint is added to the pages in contrast to the regular panels while the characters are on the spaceship. These minor alterations to the landscape colouring keep the pages from becoming bland or boring. If I have one complaint about the art though, there are several instances where the pencils come across on the pages as blocky or not nearly as smooth as they could be in this issue. Despite this, the overall presentation of the art is nicely put together and pleasing to the eye. These include character expressions, the space battles and exploration, and the detail of the different lifeforms. 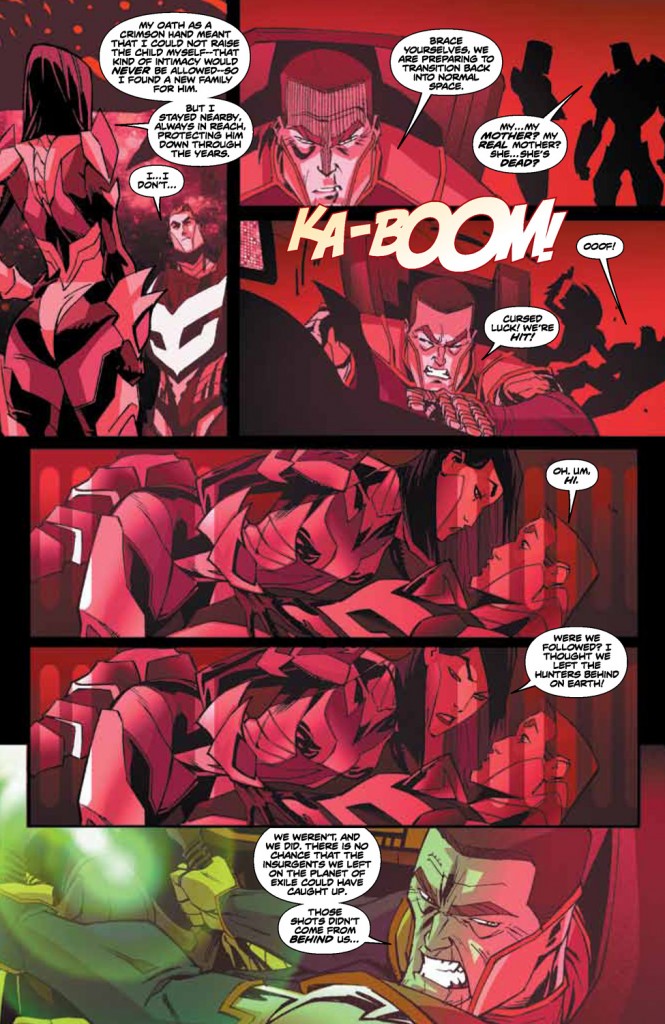 After thoroughly reading the three recent Stan Lee creations, Starborn is the only book between itself, The Traveler and Soldier Zero that have not trailed off in terms of their story or quality. Soldier Zero has become less interesting with each passing issue, while the The Traveler while still holding potential has effectively hit its own reset button and become a gimmick. Starborn however still holds a great deal of intrigue in terms of where the story can go and has consistently offered an intriguing plot. It does so without really resorting to gimmicks such as what was seen in the last issue of the Traveler. Roberson has continually been able to push the story forward, keeping it consistently moving and developing organically. Where its sister books feel like they’ve hit a storytelling ceiling, Starborn’s story still poses questions as to Benjamin’s history, his family history, and the overall breadth and density of the plot behind the family’s overthrow from their seat of power. It’s a nice action comic, complemented by a story harbouring potential epic in scope.