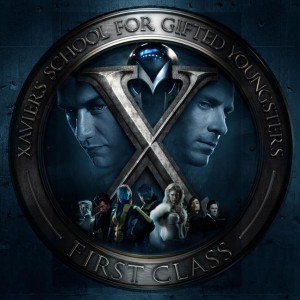 Just got back from X-Men and I don’t want to oversell it, but wow, is it good! The positive buzz over the past week that has been building is justified. All I know about X-Men is what I’ve seen in the movies. Was worried that this would be yet another superhero origin story, but a parallel and sinister Cuban Missile crisis plot story was moving forward at the same time, so it didn’t feel draggy.

My first impression walking out was that it was the best X-Men movie I’ve seen – genuinely excellent performances from the cast (particularly from McAvoy and Fassbender) and some really funny gags (Prof X trying to impress 60’s babes and liberally using the term “groovy”).

In general, the performances are much better in this film than any of the previous X-Men flicks. Kevin Bacon makes for a great evil Nazi villain as well. It’s also loads of fun to see young Charles X and pre-Magneto Erik full of piss and vinegar. Some of these characters may be outcasts and tortured souls (common theme in these movies), but they’re less mopey and a lot more proactive about what they want… and how they’re going to go about getting it.

They slowly build on the cast’s different mutant power abilities as the film progresses, with more impressive action occurring towards the climax. Sure, it’s still a comic book movie, but they seem to be trying to make it less fantastic. In fact, on occasion it has the feel of a James Bond-ish Casino Royale redo. Obviously there are a few mutant characters who are present in later films, but many that I hadn’t seen before, so wasn’t sure who would live or die.

I think they should just treat this as a complete series reboot and pick up from here with future X-Men movies – for me, this kind of story was far more interesting. It’s a real knockout and should do well if word of mouth spreads after opening weekend. Had no expectations going in which may have helped, but it’s my favorite movie of the summer so far!

There’s a funny cameo as well… I’ve put a spoiler* way down below in case you don’t want to know… nothing after the end credits (unlike the Avengers movies), so if you need to get somewhere, you don’t need to hang around once the credits roll.

*There’s a brief but funny Wolverine cameo with Hugh Jackman.