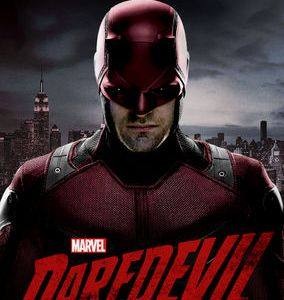 I’m not even going to mess around on this one.

And I base that on three minutes and thirty-six seconds.

There is a lot to love about ‘Daredevil’. It has taken the best things about the seminal Marvel Comics series, enhanced them, and laid them out for the world to see, instead of hiding them as if ashamed of them. 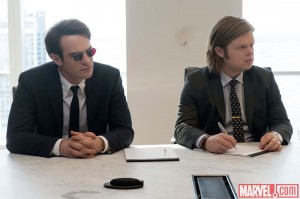 It is perfectly cast. Playing blind attorney/vigilante Matt Murdock is Charlie Cox who bears a striking resemblance to Will Forte. As a matter of fact if you took the hair of co-star Elden Henson (Foggy Nelson) and put it on Cox’s head it would just like an episode of MacGruber. 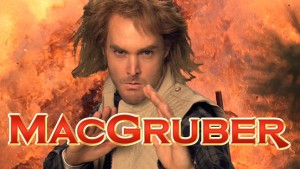 Both Cox and Henson are terrific and the bromance of Murdock & Nelson Attorneys at Law is believable and fun to watch. Add the third side of the triangle with Karen Page, played by Deborah Ann Woll who won our hearts and bit our necks in ‘True Blood’. 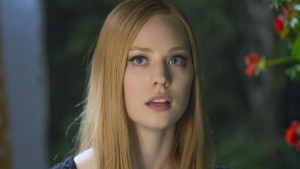 No, I am not going to talk about Vincent D’Onofrio as Kingpin, because he hasn’t appeared in the series as of Episode Two and it would be a violation of my firmly stated rules for this column if I were to say that D’Onofrio is one of the best actors working today and should earn wheelbarrows worth of awards for his work in the show. It would be wrong for me to say that. Rules being rules, and all. 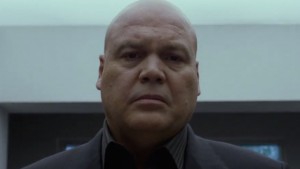 Lets just stick with that three minutes and thirty-six seconds. It’s a fight scene. The most beautiful fight scene in the history of television.

Daredevil, already beaten within an inch of his life, shambles into a hallway on a mission to rescue a child from Russian bad guys.

Watch and be amazed:

One take. One camera shot.

The. Most. Beautiful. Fight. Scene. In. The. History. Of. Television.

With one scene, the Daredevil TV series went from being a well-executed, compelling TV show based on a comic book character to a “Holy Crap! This is going to be something really special!”

And, potentially, the death knell for comic books as we know them.

Everybody is doing comic book movies and television show. Hell, you can’t swing a dead cat without hitting one. (Admittedly, some have smelled more like dead cats). After 75 years of four-color wonder, studio executives have come to the conclusion that we fans have known for decades: There is a Genesis World of creativity ready to be harvested from the world of Comic Book literature.

But just like the Gods of Mount Olympus overthrew and replaced their fore-bearers, so too could movies and TV could lay fallow the fertile fields of comics.

It’s the one thing comics can’t do.

They can unleash mind-expanding universes, unveil brilliant and irresistible characters, and present us with powers and abilities far beyond those of mortal men…

But they couldn’t move.

Now they can. In movies and TV.

I am putting Netflix’s Daredevil on a very high pedestal, I know. But I have this aching fear that in 25 years the placard on that pedestal will read “The Daredevil TV Series: Considered by historians to be one of the main reasons printed comic books ceased to exist by 2020.”

I give Daredevil #2 five Devil Dogs