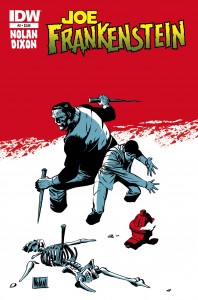 Having trouble deciding? Allow me to make a recommendation. I happen to have a history with this selection.

When I was a young hellraiser in my late teens, early 20’s, I ran with a wild bunch that called themselves the Roaring Rhinos. That name conjures up images of somewhat husky, rather ominous-looking fellows with prominent proboscises. Ironically, if you had asked any of the Roaring Rhinos what  ‘proboscises’ were, they wouldn’t know you were talking about noses.

Physical attributes had nothing to do with the name. Two of the guys that were in the group were the Reinhardt Brothers, Todd and Stevie. That meant both had the nickname ‘Rhino’ and since that wasn’t confusing enough, we decided to name the whole bunch ‘Rhinos’… partly to throw off the cops.

–Stick a pin in that storyline. We’ll come back to it–

In other younger days, I also used to do a bit of running with a guy named Chuck Dixon, but in this case it was literally running. I remember one 48-hour period we ran for a train in Philadelphia, then ran from New York’s Grand Central Station to some fleabag hotel (each carrying a suitcase and a briefcase, sprinting through midtown Manhattan while he yelled “Try not to look like a tourist!”), then running to the DC Christmas party.

Likewise, there was running where Graham Nolan was involved. One particular day I ran him from one end of the greater Tri-State area to the other, making appearances at different comic book shops, culminating that evening with his significant other freaking out due to a perfect storm of heat prostration, agoraphobia, and a fear of crowds.

So, yes, I have history with Chuck Dixon and Graham Nolan. Hopefully, since you are bright enough to have read the title of this column you know I am about to review the pair’s latest comic book effort “Joe Frankenstein #2”. So, have no fear of a preconceived bias on my part. It’s true, Chuck and Graham, together and separately, have created things that I really, really loved. But, on the other hand, they have also created some things that I only just really loved. 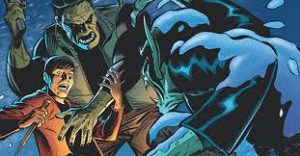 Joe Frankenstein #2 is a really, really.

–Alrighty, we can now jump back to that pin we stuck in that storyline 234 words ago–

Some of the Roaring Rhinos’ activities of choice included drinking, playing softball, and administering the Flying Roaring Rhino Goose. In layman’s terms: driving by pretty girls on bicycles and lovingly smacking their posteriors…I know, I know! Unsafe and disrespectful of women, but I cannot withhold things from you, my beloved readers. Besides, nobody died which is the final litmus test for young men with an abundance of testosterone, and a dizzying lack of sense.

We also loved going to the drive-in. 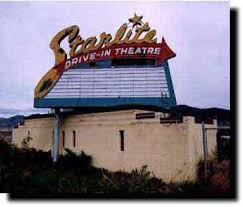 For you underprivileged few who grew up in some totalitarian regime, drive-ins were outdoor movie theaters with massive screens, speakers on posts (at first), and bathrooms with sticky floors. Six to eight Roaring Rhinos would head for the drive-in every weekend (with three to four of us sneaking in, lodged securely in the even-stickier trunk. We would pull into a space, unfold our lawn chairs in the adjacent spaces to the left and right, flip open our coolers and proceed to hold court, just waiting for the ladies to come by. And they always did. And while it’s not easy to cram two people into a lawnchair, with the right motivation, it is possible.

Reading ‘Joe Frankenstein #2’ took me back to those drive-in nights and the movies I saw there and loved.

In this book, 17-year old Joe Pratt is about to abandon a promising career in the pizza delivery business for a very uncertain but not optimistic future, when he meets a relative he never knew he had…Frankenstein’s monster. Yeah, that’s right old bolts-in-the-neck-size 27eee loafers himself. It turns out, Joe is actually a descendant of Dr. Victor Frankenstein who assembled him long ago like an Aurora Model kit.

From that point on, it’s all monster fighting, snowmobile chasing, and model train collecting.

What? You need more than that as a reason to run out and buy multiple copies of this comic? Then you aren’t the discerning consumer I thought you were, and you never saw a drive-in movie in your life! If you’re thirsting for finely-layered plotlines, subtly-nuanced characters, and thought-provoking metaphors, I’m afraid you are not Joe Frankenstein Reader material, and you need to slake your thirst at a different vein altogether! (Did I mention there’s a buttload of vampires, and werewolves, and hunchbacks and lots of other Creature Feature types?) 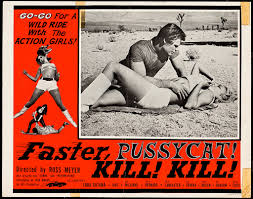 Tell your boss you have the crud, leave work and go directly to your comic shop. Have them put Joe on your pull list. Pick up the first two issues. Read them in your car in your parking space. Then spend the rest of your drive home carefully wording the Tweets you are going to send out about this terrific comic when you get home.

—Special Closed Circuit Message: If you, or a friend, or a friend of a friend are friends with Peter Dinklage, contact him immediately. He will want to buy the film rights for Joe Frankenstein and produce blockbuster movies based on it…starring himself— 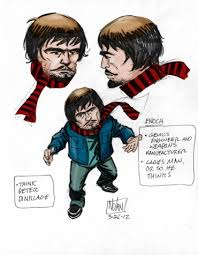 When I read Joe Frankenstein, I was suddenly transported back to the Starlite Drive-In on a hot July night. Watching “Fritz the Cat” with a styrofoam treasure chest full of ice cold Hudepohl by my side. Jammed into an aluminum chaise lounge, hip-to-hip with the delectable Nikki Waller.

Chuck…Graham…you both owe me money. But for no other reason than that summer flashback, I have torn up and flushed those IOU’s. Thanks.