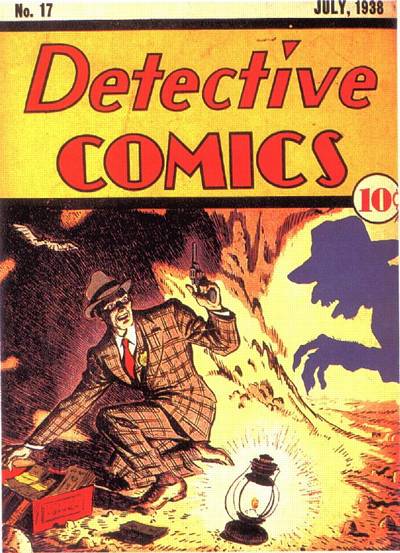 Comic books have spawned some of the greatest characters in fiction. Just look how much other media have tapped this nursery of character development that comic books are.

The most valuable comics are always the highest graded copies of the first appearances of culturally significant characters like Archie and Batman.

While it’s true that comic books have given the world a lot of great things it is by no means just one way traffic. From the beginning comic books have tapped into other media. Books, poems, video games, film, TV shows, theatre and real life dramas have all successfully been adapted into comic books. The comic book format lends well to telling a great story and in the end that’s what it’s all about.

These adaptations into comics can bring good value too; ever try getting a deal on a high grade Gold Key Scooby Doo #1, a Conan #1 or the grand daddy of them all a Journey Into Mystery #83 (Thor)? So the first comic book appearances of characters that premiered in other media should never be discounted as stores of value.

Pardon the long-winded preamble but I’m hoping it will help my argument as I present this week’s Undervalued Spotlight, Detective Comics #17.

Pre-Batman Detectives command a reverence that often exceeds their content. Their allure is legendary, serious well seasoned collectors turn to mush when coming across quality copies of these books.

Granted comics are a visual media and it seems Detective Comics #18 with that classic Fu Manchu cover has been getting more than its share. In a situation like this I always ask which book would you rather have the Pep Comics #22 or the Archie Comics #1? Pep #22 of course introduces Archie in a hidden away 6 page back up story while Archie #1 has Mr. Andrews front and centre on the cover. I will say that I really do like the Creig Flessel cover to Detective Comics #17!

British writer Sax Rohmer originally introduced Fu Manchu in the 1913 novel The Mystery of Dr. Fu Manchu. The character struck a cord and became one of the main arch types of the evil Oriental mastermind.

And while Alan Moore used Dr. Fu Manchu in League of Extraordinary Gentlemen I’m more intrigued by Marvel’s use of Fu Manchu in their 1970s series Shang Chi Master of Kung Fu. Marvel retained the rights to the Fu Manchu character through a corporate acquisition, or at least they thought they had the rights. Anyway they were sure enough that they wrote in Dr. Fu Manchu as Shang Chi’s father.

Shang Chi’s first appearance in Special Marvel #15 has been heating up in the recent speculative boom and by extension all characters associated with Chang Chi are now suspect. Dr. Fu Manchu is a tricky one though because I read that the rights have reverted back to the Rohmer estate.