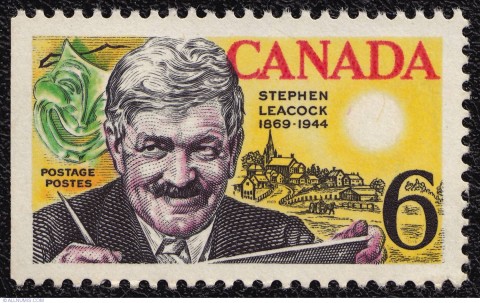 “Like most other men I have from time to time been stricken with a desire to make collections of things.” (“On Collecting Things,” Stephen Leacock, Literary Lapses: A Book of Sketches, Montreal, Gazette Printing Company Limited, 1910).

As a collector of various things for more than 50 years and, specifically, as a collector of Canadian war-time comics for the last two years or so, I have had pause to step outside myself and take an up high and a little to the side look at myself and this activity, pastime, or, some (specifically wives) would say, a kind of pathology, that has echoed in us down through history. With Fan Expo looming, in this column I want to examine what has put the wind in my collecting sails over this past half century and hope that it makes some sense at one point or another.

Our window in existence is a narrow sliver of light in a vast expanse of what is empty of our existence. Why do we choose the activity of collecting something as part, often a significant part, of that little window?

I’m sure psychologists have written so many derivative theories about why people collect and that most of these, if not all, are connected to some perceived lack in the collector’s daily existence, or some sort need for completion,  or for an enhanced sense of control  or even as a compensation for a buried childhood dysfunction. I know the individual act of collecting falls on a continuum from casually having a small box of related things as a child to something that compulsively and obsessively takes over almost every minute of your waking and sleeping life. There must be a point on that continuum where it takes on a negative and harmful aspect just as anything, when it starts to impinge on your own well-being and healthiness and those around you that you care about can become an addiction.

But we’re not going to the Darkseid today, though it’s definitely out there… 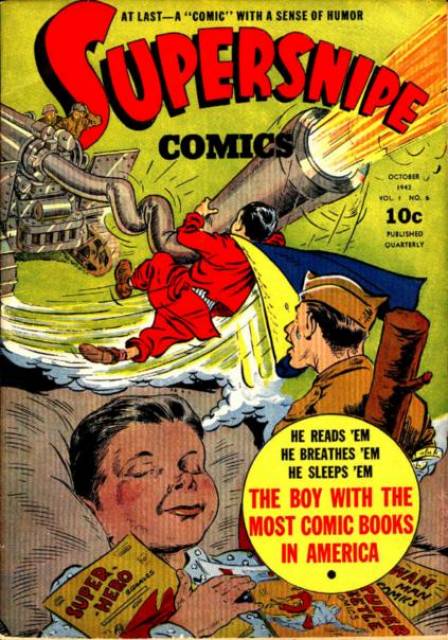 Here are a handful of reasons as to why we may collect. These are just off the top of my head and result from my own reflection on what I have been doing for over 50 years. These are for your consideration, refinement, criticism, and expansion.

Though not completely exclusive, this does make collecting more of a male domain than female one. This factor comes from the predominantly male sense of competition (though we know that women can be accomplished collectors as well) combined with the notion in modern-western culture that we can carve out a portion of the world around us and make it our property (Was there any sense of collecting developed in First Nations culture which didn’t seem to have this sense of property?). It’s not about fitting into the world but standing above it and manipulating or controlling a part of it.

To me the impetus here is two-fold, a) to feed the “bragging factor” and b) to generate envy within the collecting community. Swimming in this mix is being the owner of the rarest items, or the item in the best condition and, as a corollary, the most expensive or valuable items. This factor is bound up with the notion of market value, speculation and investment. The CGC Comics Registry is a relatively mild manifestation of this. 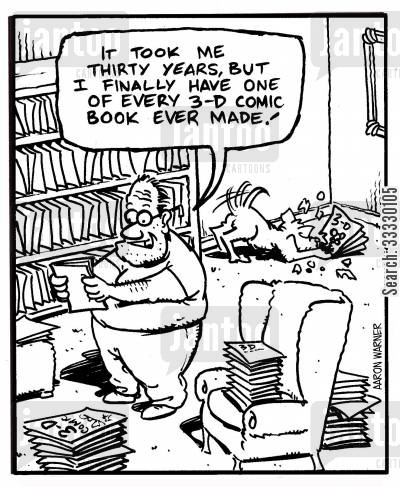 The mythology of “The Quest” has been part of Western Culture and Psyche since the time of The Odyssey. The quest is the search, often epic, for the object of desire sometimes hidden, sometimes on a distant horizon and, not uncommonly, fraught with a path of obstacles (mothers who throw collections away) and protected by dragons (dealers and collectors who don’t want to give up their copy or ask an unreasonable price) that need to be overcome.

There is a crossover here with the previous point because in journeying on this quest and finding pieces of the puzzle on the way you gain experience points and develop a map of the area and journey. With this knowledge you become an expert, an authority and, therefore, a mage in the field and some sort of default bragging rights become imposed upon you. The more artificial concept of a connoisseur also enters the equation here.

An important part of the quest has always been the journey back home and for collectors of comics this is often described as nostalgia—etymologically “a sickness for home,” in other words, a desire to return to the clean memories of childhood. Childhood memories are certainly triggered whenever you find a comic that you read as a child.

Here is a point that I think needs to be mentioned on its own, though it’s akin to the drawing of a map referred to in the last point. This has perhaps been the most impelling factor in my collecting of Canadian war-time comics. The terrain has had some cursory mapping done but there is still so much that is unknown, or in the very least, unclear.

Here the gathering and preserving of what has been lost and has the danger of being lost forever so that it can be gathered back into its proper place in our culture and shared with other people so that they understand it better and can better handle their own quest and for some you pass on the baton so that they can begin their own quest in the same area. Sharing and getting your gathered information out to the public becomes so important.

In connection with The Quest, there is the magical rush of coming across that item you thought you’d never find after years of looking is hard to describe and hard to beat and is complemented by the sense of accomplishment and satisfaction in completing a run. This is the collector’s high that breeds and feeds your passion and creates a sense of transcendence or a transporting that is more than the accomplishment of the gathering of scattered items into a recognizable and ordered whole. Objects in the collection sometimes take on the aspect of holy relics and the space where the collection is kept or displayed may become like a shrine.  Collecting always carries with it the danger of slipping over the edge into fetishism.

The sad thing is that sometimes after conquering the wild horizon after the “ordeal” of the quest and having entered the corresponding notches on the handle of your gun, the items may strangely and almost immediately begin to lose their lustre. The analogy now becomes like the lothario or Cassanova who, once conquering the object of his desire, immediately loses his interest in her and prepares to move on to finding the next conquest. Again this begins to border on addiction because sometimes what was once enough becomes no longer enough and its effect more temporary.

Finally there is a possible alchemy to do with the passion of collection that can cause a transmutation of the special bond that forms between a collection and its collector (and anybody who has lost a collection or a good portion of a collection will recognize this bond) into what I call “The Gollum Effect.” This is the obsessive-compulsive inability to let the collection go at the cost of your own healthy existence and the production of negative consequences affecting the people closest to you. Sometimes this makes the collector blind to what will happen to his collection after he dies. It may not even occur to him that he can’t take it with him but the inherent entropy of the universe will always win out and that bond between collector and his collection will inevitably be broken by the equally inevitable end of the collector’s existence.

There you have the dialectic between treasure and trash, between human and inanimate object, between the pursuer and the pursued. Even though intense and consuming, collecting is ultimately a quixotic and blissfully useless enterprise, if you can take it for what it is… and give it the necessary perspective and wide berth. 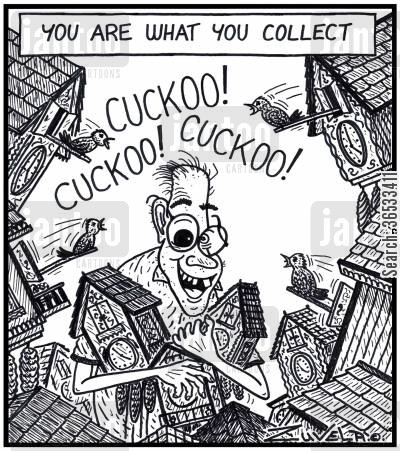