Patrick Loubert, who was born in Toronto in 1947 and Michael Hirsh, who was born in Belgium in 1948 but moved to Toronto when he was three and then to New York City for most of his teen years, were aspiring film makers when they met at fledgling York University just a year or two after it had moved to its Keele Campus (though Hirsh was at Glendon College). This was the liberating last half of the 60s all Beatle-ized with long hair and with the operative word being “freedom”—freedom from the Mad Men, stiff-collar establishment and its preoccupation with material gain as opposed to spiritual awareness.

Films created by students were inevitably avant-garde and helter-skelter experimental and aspired beyond The French New Wave or Bergman in an attempt to emulate what Warhol was concocting in New York. We had had Norman McLaren’s NFB pixilation animations for a number of years, now split screens were everywhere at Expo 67, Yorkville was humming and Easy Rider and Woodstock were just a year or so away. After graduating, Loubert and Hirsh worked for a company called Cineplast doing some segment animations featuring alphabet letters for “Sesame Street” but they found themselves at the start of the 70s bursting with talent and ambition, holding a tiny portfolio of experience, but with no money and no real business acumen.

Loubert and Hirsh had the lofty, and probably unrealistic, vision of starting up the first true Canadian film studio. There was no Canadian film studio to speak of at the time, with almost all productions coming out of the National Film Board of Canada (NFB) or the C.B.C., and the Ontario Educational Communications Authority (OECA), which soon became TVO (TVOntario), was just starting up. They both loved films and making films, especially those that incorporated animation with live action but they had no capital to begin to realize their dream.

With colleagues Jack Christie and animator Peter Dewdney they formed a tiny venture they called Laff Arts and were prepared to take in any freelance work they could. They decided they needed a business card and Hirsh contacted Scarborough raised, then animation artist Carole Pope (who is now better remembered as lead singer in the Toronto band Rough Trade) and she recommended newly arrived British ex-pat Clive Smith, who had been recruited to work on animating the Canadian TV cartoon “Rocket Robin Hood.” Laff Arts found that they got more animation work than anything else and though Loubert and Hirsh saw themselves as primarily live action directors and producers, they began carving out a niche for themselves in animation production.

One project they decided to undertake was a short documentary TV programme on Canadian wartime comic books. This involved a good amount of research into the arcane first period of comic book production in Canada which had dropped off the radar of Canadian culture. It was a generation after these short-lived original Canadian comics, known affectionately as the “Canadian Whites,” had ceased production and the comics and their creators were scattered around the commercial and fine art world of Canada and the United States. Loubert and Hirsh’s research started and ended with the most accessible of the companies who produced these war time comics, Bell Features Publications. They were able to locate John Ezrin, an original investor in the comic book company when it started out, who had bought over 2,000 individual pages of original Bell Features artwork and the rights along with them from Cy Bell in 1947. He had stashed a good hoard of the original comic books and these original art pages along with high-contrast, production negatives of the original art in his warehouse.

Hirsh and Loubert found out that Ezrin was looking to divest himself of the collection of comics and art in the hope that they would find a proper home. The two filmmakers saw an opportunity to obtain some starting capital for their company and Patrick Loubert was able to borrow enough money from his father that he and Hirsh purchased John Ezrin’s holdings, his rights of reproduction and also, to solidify their position with this material, purchased rights to this material directly from Cy and Gene Bell who had re-established their original company, Commercial Signs of Canada in Ridgeway, Ontario. All this was finalized by the end of April, 1971.

Loubert and Hirsh quickly sold the collection to the Archives of Canada in Ottawa along with half the rights to reproduction, and with the proceeds in hand soon changed the name of the company from Laff Arts to Nelvana after perhaps the most totemic of the Bell Features characters. This ended up in generating three projects that involved the Loubert and Hirsh company: a short twenty-two minute TV segment for the CBC program “Telescope” which aired on Oct. 5, 1971 called “The Great Canadian Comics” (featuring filmed interview segments with Adrian Dingle, Les Barker/Leo Bachle, and Cy Bell himself); the coffee table-sized book reprinting pages from Bell Features “Whites” called The Great Canadian Comic Books for Peter Martin Associates which was launched on Nov. 26, 1970; then in 1972 Loubert, Hirsh, and Clive Smith organized, with the help of The National Gallery of Canada, an exhibition of the original Bell Features art. This exhibit and was called “Comic Art Traditions in Canada 1941-45” and it travelled across Canada for almost two years, spending a month each at over a dozen galleries. Loubert, Hirsh, and Smith also designed the promotion package for the exhibit.

All of this was the tip of an upside-down iceberg that eventually grew from a small, three-man operation (Patrick Loubert, Michael Hirsh, and Clive Smith) that, over the next couple of decades, grew to become the largest international animation company in the world.  It produced cult features such as “Rock and Rule,” “A Cosmic Christmas,” and “The Care Bears Movie,” as well as well-known television programs such as “Babar the Elephant,” “Inspector Gadget,” “Rupert the Bear,” “Pippi Longstockings,” “Beetlejuice,” and “Tin-Tin.” At the turn of this century Nelvana was taken over by Corus Entertainment and became one of its subsidiaries. 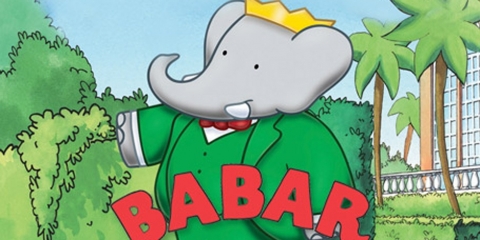 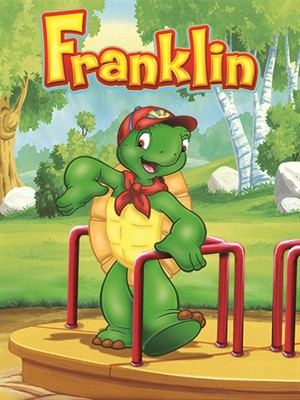 But back to The Great Canadian Comic Books which was released in time for the 1971 holiday season. Margaret Atwood even picked it as one of her three favourite books of 1971 in the Dec. 21st issue of The Financial Post. I read the book when I got a copy out from the Hamilton Public Library the next summer and remember how crude and impoverished the Canadian comic artwork looked when set against the Marvel comics of the day. I also compared the volume with Jules Feiffer’s The Great Comic Book Heroes which had been released half-a-dozen years earlier and featured comic pages from the best known heroes of the American war time comics and the Canadian stuff didn’t seem to stand up to this as well.

Loubert and Hirsh’s research and subsequent book, however, did do something very significant and memorable and this I see now only with the clear-headed benefit of several years of retirement and examination of this Canadian wartime comic book period myself. When these Canadian wartime comic publishers ceased production of new material late in 1946 there was little in our Canadian media or cultural consciousness to keep up a connection with those first Canadian comics. They and the people behind them quickly sank into the brackish backwaters of Canadian cultural history and after a couple of decades had only the slimmest of life lines connecting them back to the surface. Studying them was an archaeology but Loubert and Hirsh found one or two of these life lines and dragged these first Canadian comics back up to the Canadian cultural surface. I can’t understate the importance of this to the work that followed in this area, ranging from John Bell and my own recent writings as well as the key reprint volumes Hope Nicholson and Rachel Richey have put out. Canadian war time comics are now in the ascendancy in our culture and among collectors Loubert and Hirsh’s book was the first giant step in this journey.

Additionally, the solid repository of Canadian war time comics material that Loubert and Hirsh rescued and arranged to be housed in the secure custodianship of the Library and Archives of Canada provided us with an invaluable, ongoing source of direct information about the comics of this period and has further contributed to making the current revival of interest in these books possible. I hope that this cultural legacy will go on serving future researchers and fans indefinitely.

For these reasons Patrick Loubert and Michael Hirsh are this year receiving a Joe Shuster, T. M. Maple Award given for contributions to the Canadian comics community outside the creative (as artists or writers of comics) or retail categories. The awards ceremony will be held on Sunday, October 18 at the Forest City Comic Con in London, Ontario. Patrick and Michael have also consented to do a panel with me on The Great Canadian Comic Books and the start of Nelvana running from 10:30 AM – 12:00 PM which will include a showing of the short film “The Great Canadian Comics” originally broadcast on the CBC program “Telescope” in October, 1971. Come if you can: it will be an interesting hour or so of sharing by a couple of key figures in the history of Canadian animation talking about their contribution to Canadian comics and more.

PS: If you have a good question for Patrick Loubert and Michael Hirsch please send it in through the comments and I’ll do my best to make sure it’s asked.