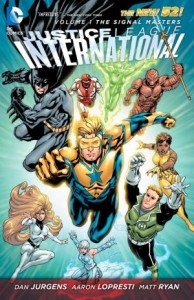 The cult favorite team of Justice League International received its New 52 reboot at the hands of writer Dan Jurgens, penciller Aaron Lopresti, and inker Matt Ryan. Unfortunately, the first volume shows that Justice League International is one of the less inspired series to come out of DC’s relaunch, offering little of the charm and humor that fans associate with the original version.

The beginning of “The Signal Masters” is awkward, with United Nations intelligence man, Andre Briggs, petitioning his bosses to go through with the creation of a new Justice League, separate from the original league, that would answer to and take orders from the U.N. The council runs down a list of candidates, picking and choosing mostly based on what countries the potential members come from, and the team is formed, with Booster Gold taking the lead. It all feels rather contrived and rushed and produces a team that has no personal connection to each other and no chemistry. It’s enough to make you appreciate how much time Geoff Johns took to gather together the original League in their own book. 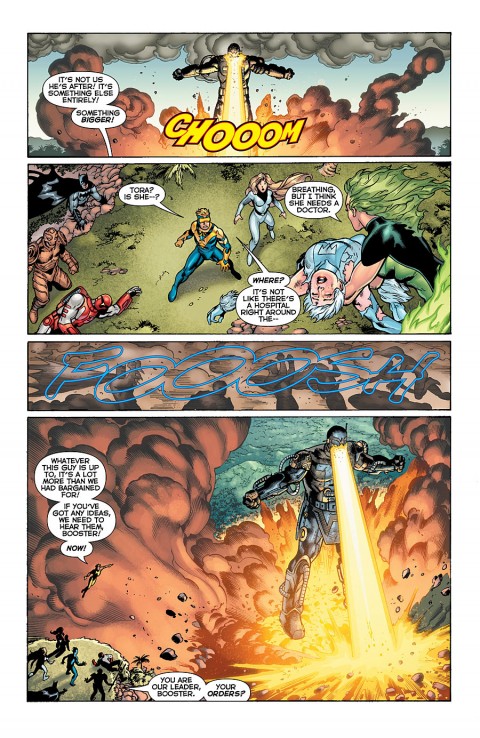 Once the team is formed, they’re sent to Peru to search for a missing research team and encounter a formerly slumbering alien giant, one of four sending a signal into space. All of this leads to a showdown with an evil miner from space looking to strip earth of anything of value and leave the planet dead in the process.

Jurgens seems to be trying to channel some of the charm of Peter David’s long-running Marvel series X-Factor, casting Booster Gold in the woefully untested leader role occupied in X-Factor by Jamie Madrox. Jurgens drops the ball in his characterizations of the rest of the team, which is less X-Factor and more Giant-Sized X-Men #1, with all of the characters offering little in the way of personality traits besides the men all being incredibly stubborn and unwilling to work together, the women all being mostly silent or brazenly promiscuous, and everyone being a minor cultural stereotype of their respective origin countries. Guy Gardner is an American cowboy, Red Rocket and August General in Iron are each pridefully patriotic and don’t trust outsiders, Fire is a Brazilian bombshell, Ice a quiet Scandinavian, etc. The dialog isn’t any more inspiring, taking on the wooden tone most often used in superhero parodies these days and mostly lacks the humor associated with the JLI aside from a couple mildly amusing if juvenile “something is touching me in a place they shouldn’t touch me” jokes. 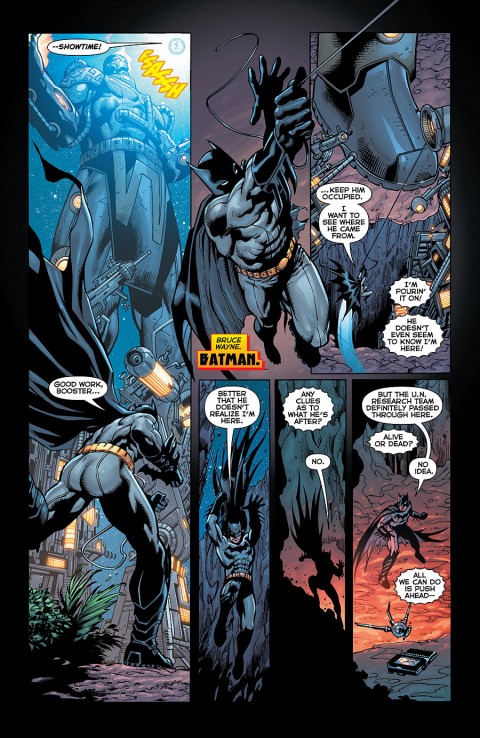 What’s worse is that the strained relationships don’t feel any less strained by the end of this volume. Six issues later, we’ve gotten one or two conversations between some of these characters that feel like they are supposed to show how these characters have come to understand and respect each other, but instead come off as artificial and forced because none of the events of the story really make you believe that to be true. 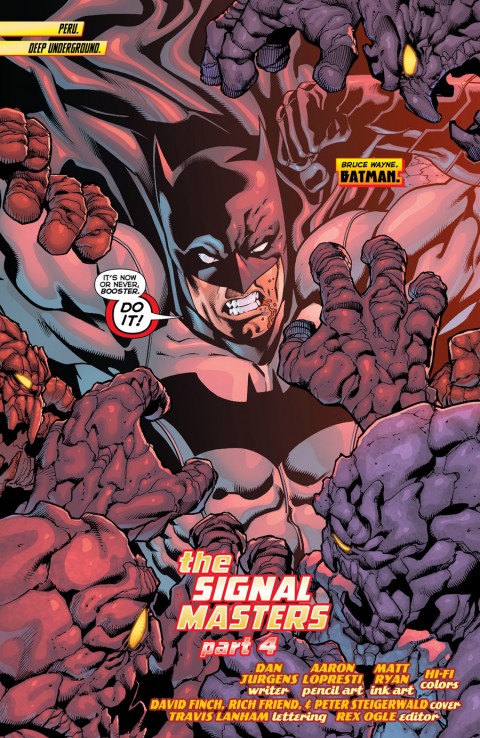 There’s also a subplot going on during the volume involving a group protesting against the United Nations apparent acquisition of the Hall of Justice, which is being used as the JLI’s base of operations. But who did the Hall of Justice belong to in the first place? Are we meant to assume that it belonged to the main Justice League, as it did in the pre-New 52 continuity? Its never mentioned in the first six issues of Justice League, and one protester refers to it as a public space. But if not that, who built it and why? And why do so many people care, to the point of violence, which version of the Justice League happen to be making use of it? If the Justice League did build it, are they okay with the U.N. Making use of it for their new team? It feels like a contrived way of showing the public distrust towards government that the narrative repeatedly mentions, but that doesn’t really work because it leaves so many questions unanswered. 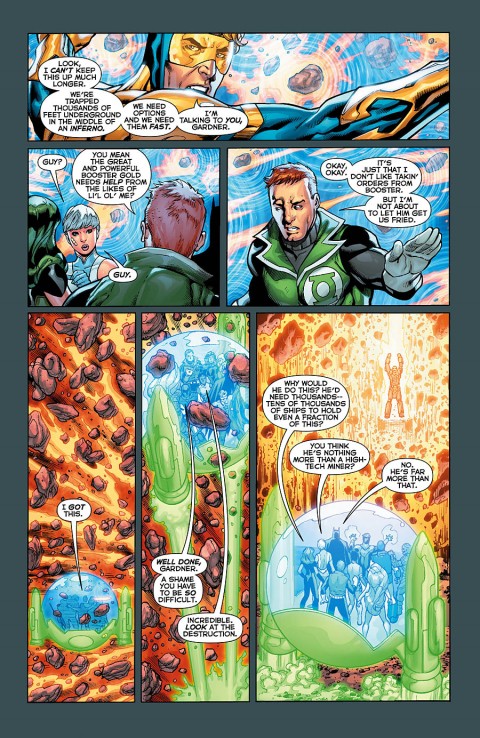 The art from Lopresti and Ryan is competent superhero work, and some of the splash pages – particularly the two-page splash of the team being set upon by a Kirby-esque giant – are inspiring and very well drawn. The art is clean and the narrative flows well, but its all done in a pretty typical superhero style that doesn’t really stand out much, even if it is executed well. It does the job in an inoffensive way, but is unlikely to leave a lasting impression in anyone’s mind.

Justice League International is a pretty tepid entry into DC’s new universe. Its plot is at times contrived, confusing, and forgettable. The characters are off-putting and the art, while solid, is not enough to elevate an unworthy story. “The Signal Masters” is a straight miss.