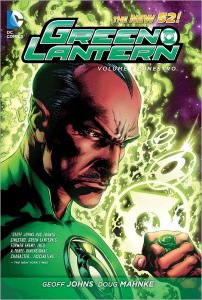 Green Lantern passed to the other side of Flashpoint and into “New 52” territory almost entirely unchanged from its previous incarnation, aside from the requisite renumbering. Geoff Johns continues his long run as writer on the title and his most recent artist, Doug Mahnke, continues to draw the book. This volume divides the focus of the series between Hal Jordan and his arch-nemesis, Sinestro, which seems to make it an odd entry point for new readers. However, the story continues the ongoing Green Lantern saga with excellence and a surprisingly human touch. 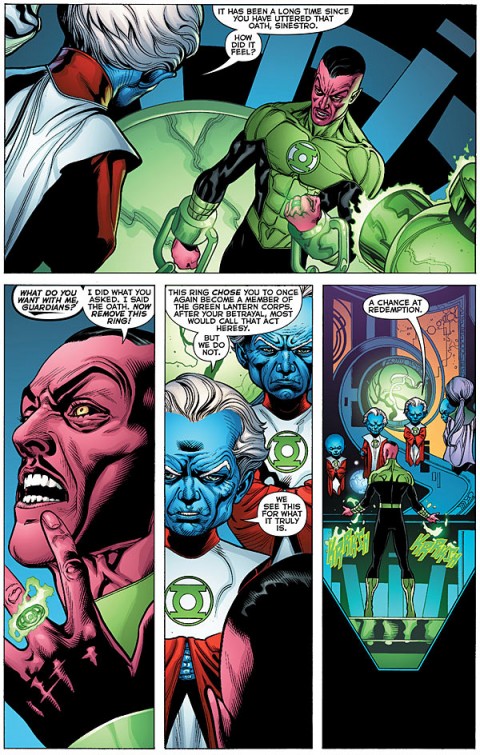 Following events that transpired prior to the “New 52” reshuffling – which characters try to hint at for new readers through a few bits of overly-expository dialog – Hal Jordan has been expelled from the Green Lantern Corps. As his replacement, Jordan’s ring chose the villainous former Green Lantern, Sinestro. The Guardians of the Universe, unwilling to admit a fault in the ring’s reasoning, force Sinestro to keep the ring and resume his former duties as a Green Lantern. Sinestro returns to his home planet of Korugar and finds it enslaved by his own Sinestro Corps, which now believe him to be a traitor. Sinestro realizes that Hal Jordan is the only one who can help him free his homeworld, and so returns to earth to make Jordan a tempting offer. 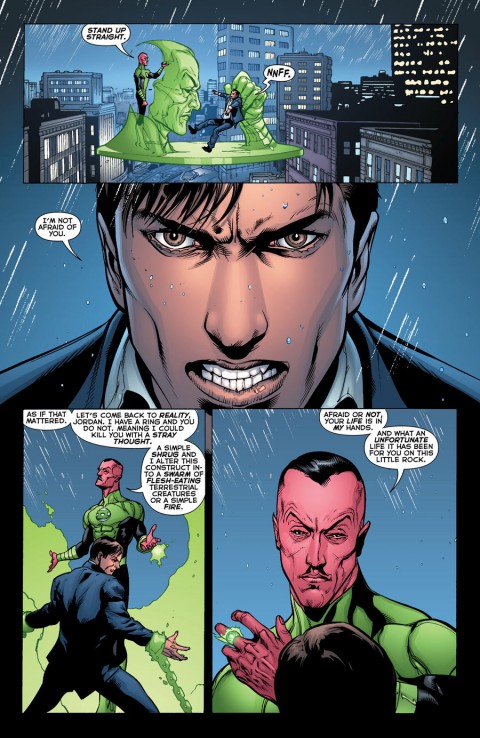 In typical Johns fashion, the story is a mix of strong characterization, big action, and thematic subtext. One of the problems for Green Lantern pre-”New 52” was that Hal spent so much time in space that he was becoming hard to relate to, himself having alienated almost anyone on Earth who was close to him. Johns manifests this brilliantly by portraying Jordan as being almost addicted to his ring, like a boy too addicted to his favorite form of escapism. Without his space-faring fix, he’s falling apart, as the mundanity of terrestrial living catches up with him. Doug Mahnke puts Jordan’s poor state on display in a single panel, where Hal flashes a charming smile at Carol Ferris, but looks a little bit like a strung out junkie. 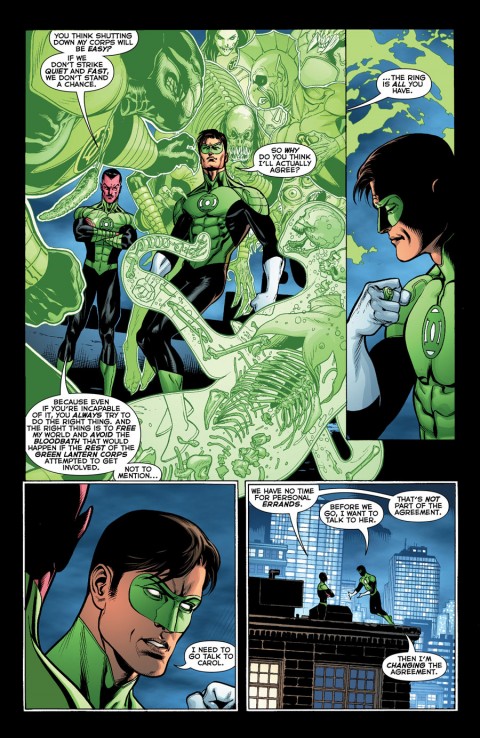 The other side of the coin for Jordan is that, without his ring, his status as the DC Universe’s “man without fear” doesn’t really mean anything. He has no tool with which to will his fearlessness into power. Johns drive this home in a face off between Jordan and Sinestro. Hal defiantly says “I’m not afraid of you,” and Sinestro’s response is simply “As if that mattered.” Its as if he’s saying to Jordan “Why do you matter without that ring?,” which is exactly the issue Hal struggles with throughout the story. 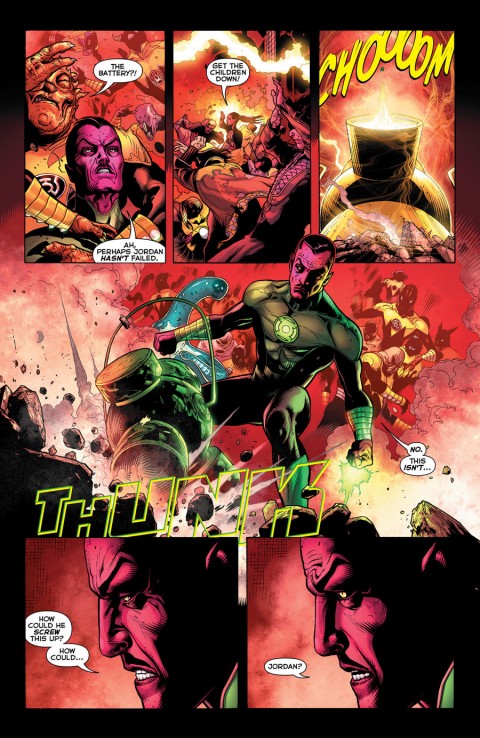 Doug Mahnke continues to be the perfect penciller to Johns’ space opera. His cross-hatched shading adds a bit of edge to the already terrifying designs of the fearful alien races that make up the Sinestro Corps, the action sequences flow smoothly from their beginning to their usually gory end, and smart panel layouts and well-acted characters bring home whatever tension, relief, or drama is appropriate to any given scene. The only exception is a single two-page splash that feels oddly framed, almost too zoomed-in to be effective, but it’s forgivable given how well-crafted every other page of the book is. Sinestro also benefits from strong, layered characterization throughout the story. Forced to face what the army he built has done to the homeworld he loves, Sinestro is constantly struggling with feelings of responsibility and guilt for what has happened, most often trying to pass the blame off on the Corps members who broke his code of conduct and ruined his good intentions. But, while he tries to keep on the mask of a man totally in control and feeling nothing of emotion, hints of compassion creep through in his words and responsibility in his actions. Sinestro ends up being just as captivating a protagonist as Hal Jordan ever has been. 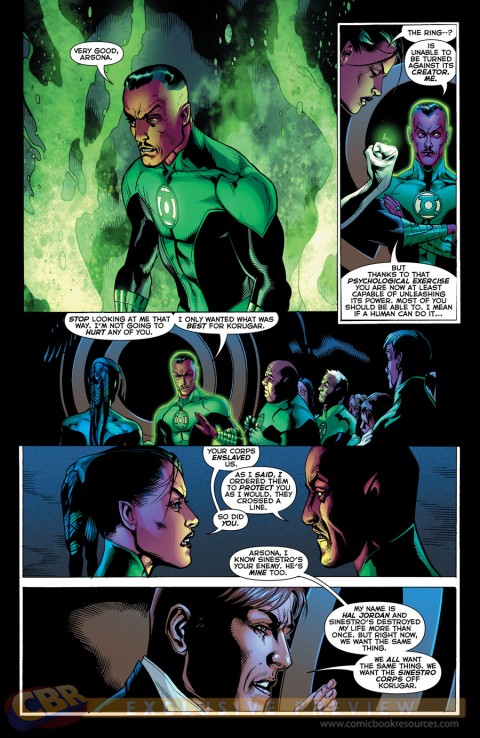 If you’re a long time fan of Green Lantern, then fear not: the series has transitioned into the post-Flashpoint DC Universe with quality entirely intact. If you’ve been wanting to give the series a go, jump on with this volume. It doesn’t go too far out of its way to get new readers caught up, but the story hints enough at its background that you’ll never feel lost or confused. It likely won’t do anything to convince critics to change their mind, but aside from a few bits of wordy or cheesy dialog, there’s not much here to be critical about. It’s a superhero story done right – big action, strong characterization, and relatable themes – and drawn to near perfection by an artist who is perfectly equipped to draw it. It’s a package that’s hard to beat. 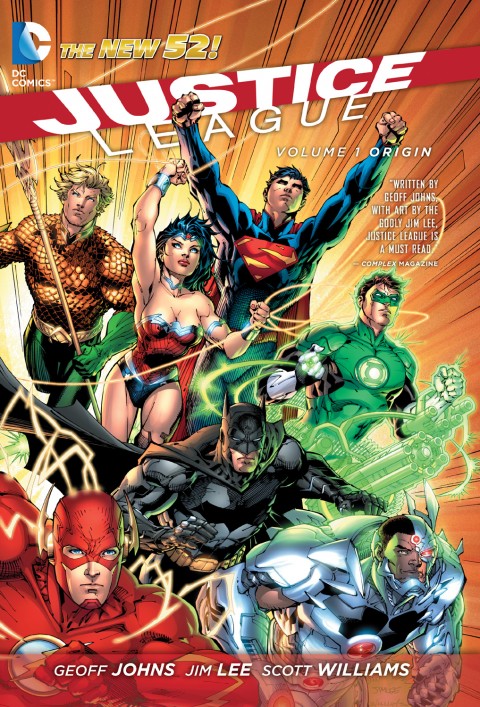 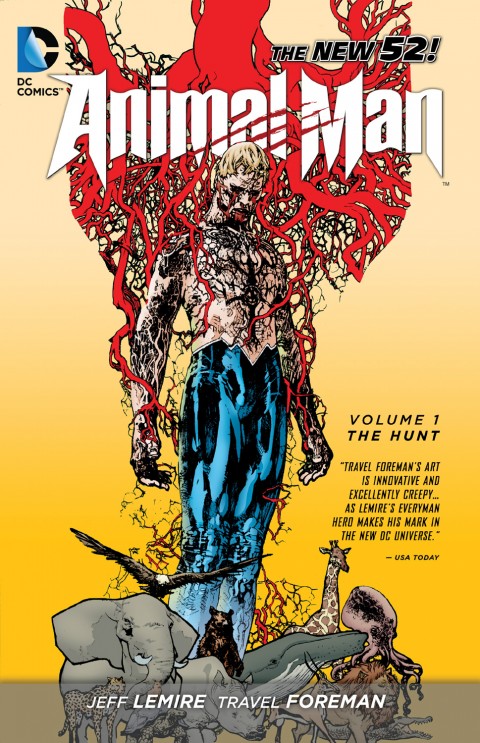