Every week Comic Book Daily asks the question and the crew (and special guests) give their answers; we’ll be doing this for 52 weeks. Tip of the hat goes to the gang at Scans Daily for the inspiration and Antony for this question.

This Week’s Q: Which comic book property do you think would make a great video game? 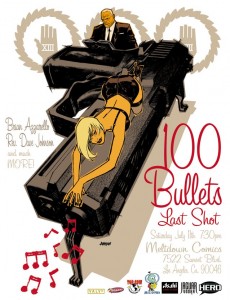 I’ll start this one. With gritty titles such as LA Noire and Red Dead Redemption, Rockstar has shown that it can make more than the horrendous and overrated GTA games. As such, they are perfect positioned to give us a 100 Bullets game. Sure, there was once talk of such a game by Acclaim but it has since fizzled out.

While not for kids, the game would have you taking on a variety of roles and completing missions for Graves, Shepard, or the Trust. There could be a series of side-missions and each Minuteman could have their own fighting style.

Online play could have you and your friends having team Lono VS team Cole style shootouts, or completing missions across the USA.

The graphics could be slightly comic-booky (not a word) to mimic Risso’s unique style.

I have more comic to video games on my wish list, but this is my number one. 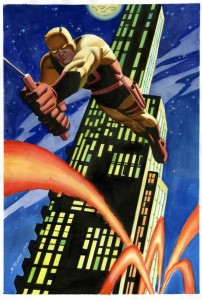 There is a long list of existing games that need a reboot (for example Superman – I don’t know of a decent Superman videogame). But since I have to pick a comic property that I would like to see in video game form, it would have to be Daredevil. If the game was set up similar to Arkham Asylum (AA) it would work well. The programming for AA would allow great fighting, there would be a couple tweaks to get more aerial moves in for Daredevil. Since AA uses detective mode, this could easily be converted to be Daredevil’s sonar. There are so many great Daredevil stories that you could have that game jam-packed with lots of missions and plot twists. Hopefully when the movie get re-booted, we will get a great Daredevil game.

My second choice would be a Deadpool videogame. And for obvious reasons I would get Nolan North to be the voice of Deadpool. He is awesome as DP in Hulk Vs Wolverine, and his voice work as Drake on Uncharted is the best in videogames. 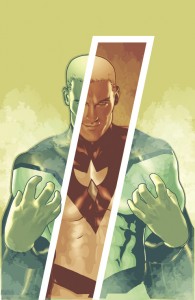 The original 100 Bullets actually did get fairly far in its development. You can see a trailer of what was going to be on Youtube and there was apparently a production demo that leaked online years ago. There’s been so many bad superhero video games made, we’ve only just begun to scratch off the tarnish. Anyone remember the Justice League fighting game or X-Men game for the NES?

I would love to see Mark Waid’s Irredeemable adapted into a GTA style of gameplay much like Infamous. Some of the best times I’ve had from video games are the city roaming where you just run around taking in the sights and testing out your powers on the civilians. When you toss in an evil Superman analogue to that mix, that’s just hours of fun messing around.

Andrew Ardizzi (Roving reporter for CBD; you can find him at his blog Come Gather ’round People Wherever You Roam) 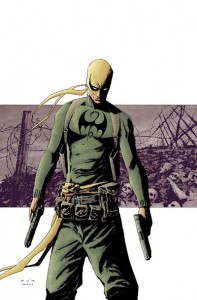 Beyond a Daredevil game, I think it would be really cool to make an Iron Fist based fighting game, set-up similarly to the Immortal Iron Fist run where Rand fights the other Immortal Weapons in tournament styled encounters. It wouldn’t be very popular, but it would be damn cool to see their moves performed on-screen.

Anthony: And this week we learned which of us are also video game nerds.

Ed: Kevin Boyd – I thank you Sir, Lego Avengers is an AWESOME idea.

Anthony: Greg, don’t you pitch ideas like that to your Lego overlords?

Greg: I do…! And LEGO’s 2012 line actually have a few sets in it that I pitched and did preliminary designs for! However, the video games are handled “out of house,” so I have no contact with the people who are in charge of video games. 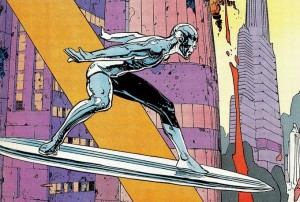 Lego Avengers would be awesome. I think a Silver Surfer game would be pretty cool. As the herald of Galactus you would have to go to Earth and be convinced that it needs saving, In doing so, you run into other heroes like the FF and get sent off on side missions to other planets and have to solve puzzles and fight cosmic beings like Thanos. Who wouldn’t want to see giant Kirby-esque machines and such in a video game?

As for my answer about comic video games, I think Garfield Minus Garfield would make a great game.

Anthony: That is awesome about the LEGO sets. For the Garfield game do you envision John going an a rampage and killing Garfield in new and different ways in each level? 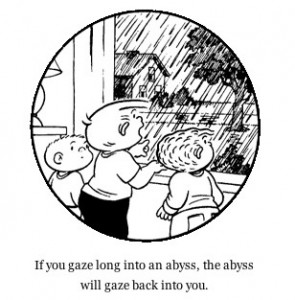 There IS no Garfield.

Which makes me think a Family Circus game could work.

Chris Owen: A Family Circus game would be interesting when it’s time for “Billy” to take over the cartooning duties…. Like some sort of acid trip I would imagine….

Anthony: I am aware of the work of Garfield minus Garfield. I merely point out that a game where you sit around as John and don’t do much wouldn’t sell quite as well as one where you are doing the minusing. Charles Bronson style.