Arcs & Runs #52. This is the third and final segment of the three- part series on Twins, featuring comic titles that began publishing at the same time and were in many ways bound together. It also fits well with our focus on Jack Kirby this month as his work was front and center on these two “Kirby Monster” titles.

I have always been fascinated with the 1954-1960 time-period in comics. Comics on the whole were in a bit of a tailspin in popularity in 1955. Comics had been under attack for graphic content. The most infamous attacker was Dr. Fredric Wertham and his book titled Seduction of the Innocent. Comic publishers were feeling the heat, and they came up with their own Comic Code that toned down some of the graphic violence portrayed on comic covers and in books. Ironically these same pre-code horror books remain amongst the most popular and expensive books in the back- issue market today.

Things went from bad to worse for Atlas comics. Martin Goodman made a decision to move his comic publishing business to another publishing house American News company and close his own publishing operations. It seemed like a not bad idea at the time. Unfortunately, American News decided to exit the book publishing business leaving Martin Godman with no way to get his books published and distributed to market. Enter the Independent News publishing company, owned by National/DC publishing, Goodman’s rival. National agrees to publish and distribute eight (8) Atlas comic books per month. Which meant sixteen (16) titles bi-monthly. With no other publishing option available Goodman accepted the deal.

The new “deal” led to another blow to Atlas, this time to the artists in the form of layoffs. Atlas comics had been publishing over sixty titles per month and reportedly had many paid for comic strips in house already. The inevitable happens and many Atlas artist lost their jobs. Some were retained as Atlas did have titles they wanted to continue with on a bi-monthly basis (Strange Tales & Journey Into Mystery were two of them). I have read it took almost a year to deplete the stock.

Tragedy struck Atlas once again in June 1957 when their young rising star and top artist Joe Maneely was killed in a commuter train crash at the age of thirty-two. Joe was described as an artist who could draw anything and excel. He was also lightning fast without sacrificing quality. Kirby-fast as Stan Lee put it. A real blow to Atlas and the comic industry as a whole. Check out Black Night (1955) #1-5 to see some of his work.

In Dec. 1958 freelance artist Jack Kirby made his way back Atlas and he began drawing monster/horror books. Jack had just returned from a run at DC comics where he introduced and launched the new DC team Challengers of the Unknown.

In January 1959 with their old inventory depleted, Atlas introduced two new titles to their stable of books, Tales to Astonish and Tales of Suspense. Before there was the Marvel Method there was the Atlas Formula (patent pending). Tales to Astonish & Tales of Suspense both employed the -formula to perfection. The books began with a Kirby cover and a seven-page Kirby story. The book would end with a five-page sturdy Steve Ditko story. In between were stories from the Atlas bullpen Bill Everett, Paul Ranheim, Joe Sinnott, Don Heck, and many others contributed. I would have had to be drunk to come with all of the silly names Stan Lee had for the various monsters who graced the pages of these books. Spragg, Oog, Torg, Goom, Son of Goom, Taboo to name a few. It sounds kind of corny but it worked.

Let’s take a quick look at our twin titles.

This title ran as a monster title from issue #1 through #34. I always had grand designs of collecting this run. I even owned an issue #1 at one point. The expensive issue #27 (first Hank Pym Ant-Man) always held me back. Now this run has spawned another popular character from Tales to Astonish #13 (Groot). The whole run now seems out of the question but there are still a few gems in the run that are worth tracking down. My own favorite here is Tales to Astonish #29. Great Kirby cover.

This title was originally planned as a sci-fi book but has always appeared as a “monster” title to me and ran from issue #1-#38. This title is a little easier on the pocket-book as no “big books” have emerged from this group yet. Tales of Suspense #1 is expensive (same value as TTA #1) but once you past that a low-mid grade run might be doable. My wallet is quivering. I do like this title better than Tales to Astonish and have multiple favorites here, #31 remains high on my want list.

Tales to Astonish and Tales of Suspense – two great titles joined at the hip.

One last comment before we go. There is the old adage “whatever doesn’t kill you makes you stronger”. I have always felt that when Atlas was forcibly being down-sized to publishing a mere eight books a month, it later became a strength when they entered the super-hero phase. The new Marvel world was small enough that a fantastic and speedy artist like Jack Kirby could do the bulk of the work introducing the characters. Fantastic Four and Thor, Captain America full time. The Avengers, X-Men, Daredevil, and Sgt.Fury/Nick Fury, all started off under Kirby before being handed off to others. Stan Lee basically wrote everything, keeping the continuity tight in this new small world. I don’t think the same thing could have happened the same way in a much larger working environment. I also know luck, timing and the times themselves also had a lot to do with it as well. Kirby and Lee were never better than in the first 5-7 years of the Marvel super-hero renaissance. We were the beneficiaries. 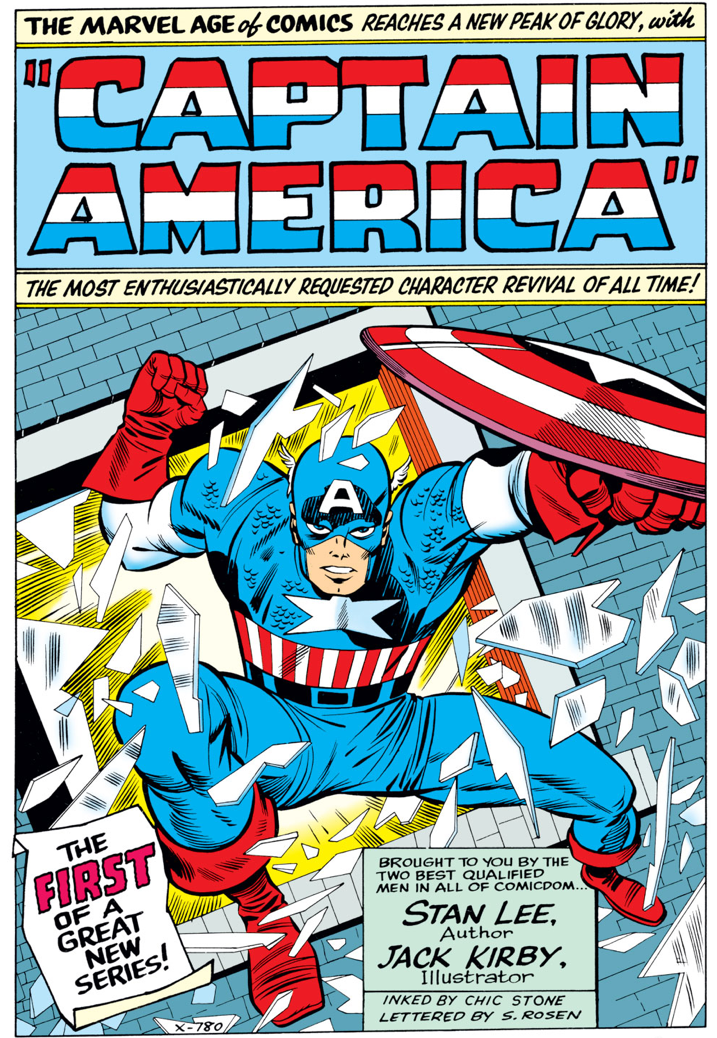 Fan Expo this weekend, have a great time if you get there.