As our readers are well aware, we are always striving for excellence here at the Comic Book Daily offices. We are constantly coming up with new and interesting ideas for content. It will come as no surprise that CBD is pretty stoked about the Avengers movie and we had a long list of activities planned to celebrate its release. The original plan was for Scott and Ed to compete in a series of dangerous, yet comical, Avengers-style Olympic Games; however, we decided on a less potentially litigious plan.

The seed of the Avengers movie was planted long ago and it has been nourished for years over several movies: Iron Man, The Incredible Hulk, Iron Man 2, Thor, and Captain America. Anthony and Leigh are going to watch all these movies and Siskel and Ebert them for your reading pleasure. And all in time for the May 4th release of the Avengers. First up is Iron Man. 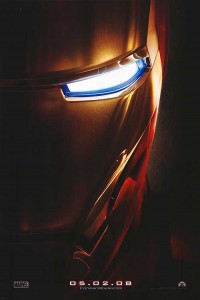 Anthony: The last time I saw this movie was in the theatres back in 2008, so I was interested to see if it still held up or if it was just another disposable Hollywood adaptation. What struck me during this viewing was how well Jon Favreau crafts the origin story. Iron Man isn’t really the most well-known superhero. That is, he isn’t really part of pop culture in the way that Superman or Batman are, so his back story really is necessary to complete the overall tale. Anyone being introduced to the character for the first time will not be confused, but there is enough of a nod to the comic books 40 year history to keep the fanboys happy.

Leigh: Well Anthony, I have to say that what struck me had nothing to do with Jon Favreau’s clever crafting of the back story, but more to do with Robert Downey Jr.’s back side. But, I do agree that if you did not know the character ahead of time they did a great job introducing him. I believe this was RDJ’s first big movie back from a long break (aka rehab).

Anthony: I think you are right. I remember people talking about how he is a perfect Tony Stark due to past experiences with substance abuse. But by that theory Penn Jilette would make a great Doctor Strange or Jack Hanna would make a great Kazar.

There were some new additions in the movie as well. The introduction of SHIELD Agent Coulson is a nice touch and Clark Gregg does a great job. He adds an everyman feel to the Marvel movie-verse and his nonchalant super-spy attitude gets better with each movie. 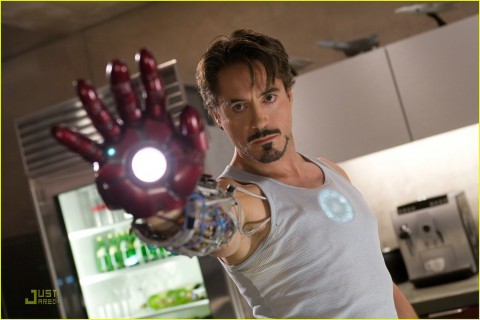 Leigh: They pretty much hired RDJ to play himself. Bravo to the casting director, why hire an actor when you can get the real thing!

I remember everyone being super excited to see Samuel Jackson as Nick Fury. Mostly because it was only two years after Snakes on a Plane.

Anthony: That Nick Fury scene created such a nerdgasm in the theatre. Somebody yelled out “Avengers Assemble” and the rest of the theatre rightly laughed and mocked that person. But the excitement for the Avengers movie began there.  Final thoughts Leigh?

Leigh: I found Iron Man to be one of the best Avenger lead up movies. Great balance of action, humor and story. It was a great movie to start with and got so many fans excited about the Avenger franchise. It showed the audience all the special effects and CGI they could continue to look forward to for all the other movies. Too bad its follow-up was the Incredible Hulk, which we will be watching next week.