Following a look at the current state of new comic buying and then how we got here, this time let’s look at what the near future brings.

It’s been said the definition of insanity is doing the same thing over and over expecting a different outcome, but that aptly describes monthly pamphlet comics from Marvel and DC. Since the direct market and comic fans becoming comic creators, the mainstream market is stagnant and cyclical.

There was a market boom and bust in the 1990s and we seem to be stepping into the same quagmires with variant covers and crossover events ad nauseam. Increased shipping schedules, series reboots, rapid creator changes. All realities of the current mainstream comic market.

Comic characters have never been more front and center in the cultural zeitgeist, but that has proven to provide no new readers to the comic market. You may love Marvel’s cinematic Iron Man, have the t-shirt, and never read a single Iron Man comic. Marvel and DC’s rich history is providing a wealth of intellectual property for mass media, but that doesn’t require any new comics to be created.

As a culture, we have moved away from episodic entertainment. When was the last time you gathered at work and discussed last night’s episode of whatever? Binge watching is the new norm, with Netflix leading the charge of dropping an entire season of television at once. How long before we abandon that nomenclature?

Comics are a medium, telling stories through words and pictures. The current reality is that comics are huge, worldwide. Raina Telgemeier is a publishing tour de force, and Dog Man dominates. There is an incomprehensible amount of foreign material being translated and made available to the English speaking market. And a myriad of topics: I just read a comic about a gypsy truck driver in the future and another about an engineer who investigates bridges.

Evolve or die. The North American comic market must work towards a sustainable model of publishing that isn’t tied to twenty pages of story a month for $4. Where could they find these new ways? Literally in every other format and method comics are successfully being published.

If it hasn’t come through earlier, I bailed on Marvel and DC comics years ago. The superhero genre had run its course for me and I wasn’t interested anymore. I shifted my focus to other genres, other publishers and then foreign material and finally newspaper strips, going back before there were comic books.

To quote Bruce Springsteen, 57 channels and nothing on. We’re inundated with entertainment options, so much so that we have to curate ourselves. If we limit the topic to only comics, you could find one character and have years of reading with reprint material alone. I’m currently working my way through sixteen volumes of Little Orphan Annie; about 5000 pages of material.

No, this isn’t a neat and tidy wrap up of the topic at hand, because there is no simple solution. Wednesday warriors will continue to buy new comics, no matter the erratic schedule or price increases. But that group is shrinking, as are the number of specialty shops to service them. Local comics shops are tied to Marvel, DC, and Diamond, in an ever-shifting order. When one of those falls it’s game over. 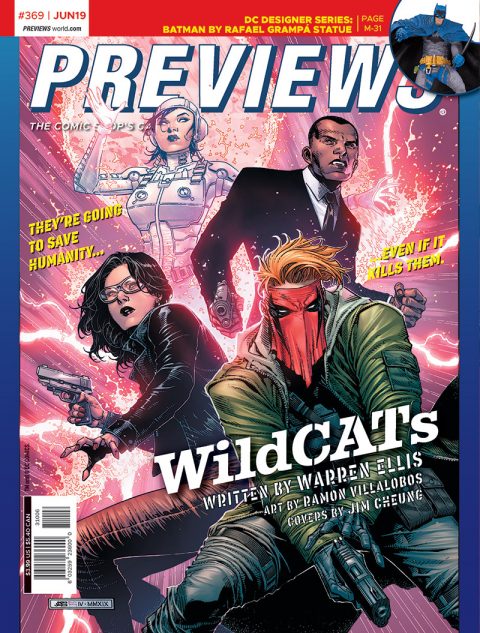