2011 has been a weird year for me in terms of monthly series. Traditionally, I don’t buy a lot of floppies. I buy a crap load of trades but not a lot of actual single issues. But this year I actually started picking up a few more and reading a lot more be it through online means or just at the comic shop. 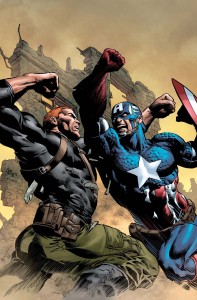 2011 saw the end of Ed Brubaker’s run on the book, a brief blip by Nick Spencer (which I will get at in a bit) and followed by highly inventive run by Warren Ellis. The stories have been great and veer (with the exception of Spencer’s issues) away from what the regular Marvel universe is doing; we see kung fu, weird science, villains and characters we don’t see in a team book. One issue resulted in Steve Rogers vs an evil transport truck.

And it was awesome every step of the way.

There has been some criticism that Warren Ellis just seems to be writing a Warren Ellis book and the characters don’t seem to be quite right and I couldn’t disagree more. I think Warren gets how to portray these characters quite well and his version of Shang Chi is probably the one I like the most, it just seem to fit a modern version of this character better than others I’ve seen in the past few years. Although, Warren’s version of Beast is solid too. 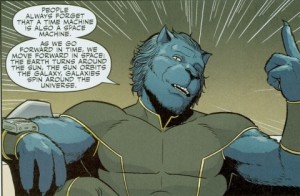 The only draw back on Secret Avengers in terms of writing is the brief issues of Nick Spencer.

These were Fear Itself tie-ins.

I’d like to make it clear that I think so far that those issues are the low point of the series but I don’t blame Nick at all. Tie-ins are hard and to be honest, I think these issues are decent but since I didn’t read Fear Itself, I was kind of out of the loop. I think Spencer managed to do the best with what he had to work with and I’d like to see him do a proper run with out the tie-in shackles. 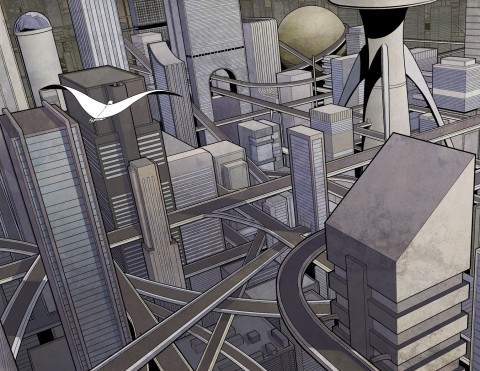 If you haven’t been following Secret Avengers, you’ve missed out on some treats. Mike Deodato’s work on the book was nothing short of great but the real treat has been during Warren Ellis’s run. Each issue has been a different artist with Ellis tailoring the scripts to suit. Jamie McKelvie, Kev Walker, David Aja, with each issue we’ve gotten a new unique story with a different art style to go with it but it all fits together like a wonderful quilt of comic book wonderment. 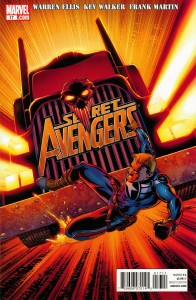 So congrats to all of those creators who worked on Secret Avengers during 2011, you have made it my favorite ongoing comic book series of the year. As per the other columns, winners may be able to pick up their prize of booze at Fan Expo in Toronto this summer.