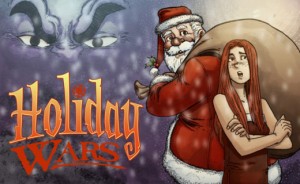 Originally I was gonna write this last week, but illness kept me from doing my walkabout. But hopefully you are still in the holiday spirit.

So the Easter Bunny is evil. 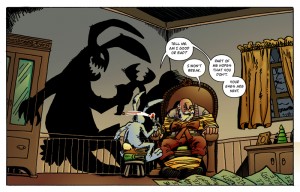 Annnnd all those other Holiday characters? Yup, they exist as well. Valentines, April Fools, Halloween, and even some lame days like Talk Like a Pirate Day, Flag Day and Ground Hog Day. They are all personified, they are all real, and they are very much at war. 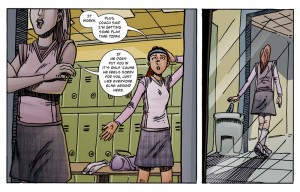 Enter Tegan Cassidy, our hero. Or rather, our 16-year-old bench warmer who has been given the ability to find the Holiday spirit by the Big Red and White Guy himself. Teagan is the outcast foster kid who gets stuck with detention for an accident. And that’s before she gets pulled into the middle of a war. 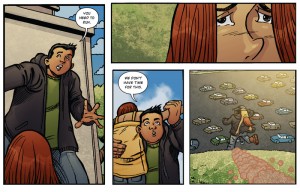 Yeah, in case it seems like a sweet kid’s comic, I should remind you that the title is Holiday WARS, and the Bunny and his allies are not nice folk. 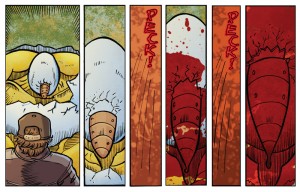 As to the art, in a fairly unique situation for a webcomic, there is a penciller, Michael Odom, inker, Arturo Said and colourist, Giuseppe Pica. But they make the best use of the web medium as they are from the US, Rome and Mexico. The art itself is if anything, Archie like. The characters are rather Jughead  inspired, with the exception of the more anthropomorphized Easter Rabbit etc. And that’s not a bad thing. I much prefer the more cartoony figures to the Zenoscope cheesecake. Cartoony not meaning cute though. 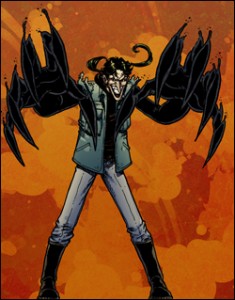 The story is in process, and there’s still figures that have been mentioned but not seen, and there is bound to be all sorts of adventures for Tegan before this war is over.

The only issue I had while reading HW was some minor navigation issues. They do some side stories on Thursdays and occasionally as you attempt to read through the main story, you’ll get diverted and it’s a couple of steps to get back to the regular updates. One reason I hope they can get this sucker into print eventually. That and I’m sure it’ll be a beauty book.

So grab some egg nog or hot chocolate and enjoy some festive adventure.

And if you are a greedy little child who’s not satisfied there, have a look at Postscript, a semi ongoing strip based on Nursery Rhyme characters.