Like you didn’t see this coming a mile a way.

I’m writing this on Tuesday.  The day of the big DC announcement that they are rebooting the DC universe.

52 titles starting with a new Justice League #1 on August 31.

While I can appreciate the initiative and to be perfectly honest, I could care less about the fanboy uprising that’s taking place across many a message board and twitter account, I do have some issues with what I’ve heard and let’s be honest, we haven’t heard much.

Okay let’s start about what we do know.

This is a reboot. By the letter and press releases and stories that have slowly been floating out of the interwebs we gather that the characters are going to be “modernized” and updated for today’s readers.  I think it’s safe to assume some stories will be kept as cannon and others will be dropped completely. Geoff Johns and Jim Lee are doing Justice League #1 and there will be a total of 51 first issues coming.

…and that’s kind of about it.

My problem with all of this?

DC has a long continuity and you know what a good writer does with it?

Gail Simone, Grant Morrison, hell, Geoff Johns himself, have all done rather good stories USING continuity to create them. Grant Morrison adapted some of the silliest ideas in Batman history and turned it into gold.

I’m not saying you have to use continuity, just semi ignore it or work around it.

Don’t get me wrong, I think this will have a big boost of sales for DC… for a while.  I also worry about the kind of picking and choosing aspect of the reboot. Is Blackest Night still included? If so, what changed?

I’m also curious how this affects the Earth One projects.  With this kind of revamp of the whole DC line, is Earth One even needed? Was all of the Wonder Woman changes now for not? And where does this leave Morrison Multiverse project? 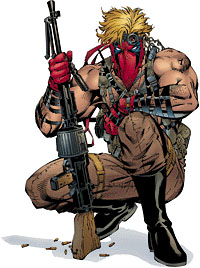 Another change that I’m pretty sure is a safe bet is further integration of DC’s other lines in the DCU proper.  We know Wildstorm was shut down with that being a future plan. Now we have a perfect space to do it in. I bet we see a bit more of Static and the Milestone characters as well as all of the Vertigo characters that were headed back.

About two minutes after I read the Comic Book Daily post about the reboot. I was in conversation with Kevin (one of the Blue Beetle Dinner club members) about it.  I was a little surprised by his response as Kevin is very much a DC guy.

“…As a longtime DC comics fan, I haven’t been this apathetic about their line in a long time. Brightest day just fizzled for me, so this announcement piques my interest.”

Which is a very valid point.

If Kevin’s thoughts are the same as the majority of regular readers, this reboot might not only bring casual readers in (especially with the day and date digital releases) but old school readers as well.

Overall, the news of this reboot didn’t really surprise me. We’ve seen signs that this was coming for a while now, especially with the recent listing in previews.  I’d be surprised if certain comics (ahem… SUPERMAN) don’t move towards their current or planned movie counterparts in terms of design and style.

But wow, am I going to be ticked if this cuts off Morrison’s Batman run off at the knees.
Guess we’ll find out in August.

The one good thing about this whole deal is that DC will be shuffling up the creative teams on various books. Rumors state that we’ll see Morrison on Superman (not a bad choice and not much of a surprise) but if I could make a few suggestions… keep in mind, these are my suggestions not anything I’ve heard unless stated.

While I would love to see Gail Simone back on Wonder Woman, Pete suggested that Greg Rucka be brought back on.

Kevin had an interesting idea of bringing in Jim Starlin on to a Green Lantern book of some sort.

The one thing that this whole reboot does have going for it is the potential to really shake up creative teams.

The one thing I hope doesn’t happen is Crisis on Whatever to reset the reset.