The comic book era of the 90’s gets crapped on a lot.

And for good reason.

It’s not so much that things like chrome covers, variant covers, inter-company crossovers or Image style artists were or are a bad thing, it was the sheer fact that they were completely overdone and over used. There was a point that you’d enter a comic shop and if sunlight hit the new comic racks, the reflection had the potential to melt you eyeballs.

And one of those things that got over used was DC’s Elseworlds line.

For those of you who are unfamiliar with this line, Elseworld’s were “twist” takes on DC characters and their mythologies. Superman lands somewhere else then Kansas or a different time period, etc. It was a good line to tell great far out stories and not be bogged down by continuity or a lot fo the normal rules the regular DC Universe had in place. Unfortunately in the 90’s, this line was incredibly saturated and while it still sort of exists (with Dan Didio hinting at an actual return), Elseworlds have more or less gone by the way side.

But there is some really good material in there. Here are a few recommendations. 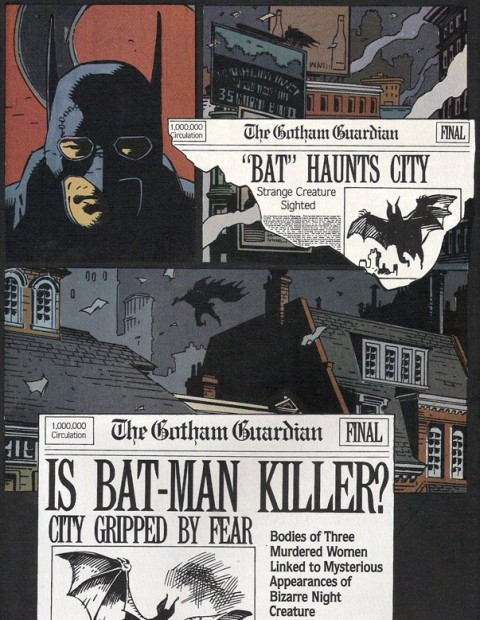 Easily summed up as Batman vs Jack the Ripper, this book boasts a pretty all-star line up in writer Brian Augustyn, artist Mike Mignola and inker P. Craig Russell, we get to see a Victorian Batman in a truly well put together one-shot. In the course of my research, I’ve discovered there was a sequel that somehow missed my gaze. Anyone know if it’s any good? (Scott says: Master Of The Future by Augustyn and Eduardo Barreto.) 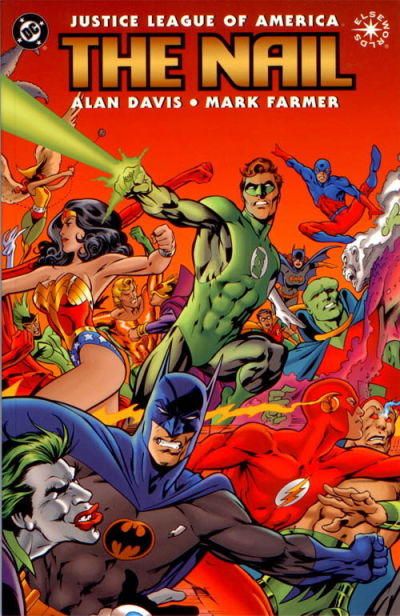 Alan Davis on both art and writing duties, The JLA comes up in a world where Superman isn’t around and fear and hatred towards metahumans is prevalent. Alan Davis gets to show off and is pretty much running on all cylinders and it’s a very interesting look at the JLA.(Scott Says: Davis also did a sequel called Another Nail.) 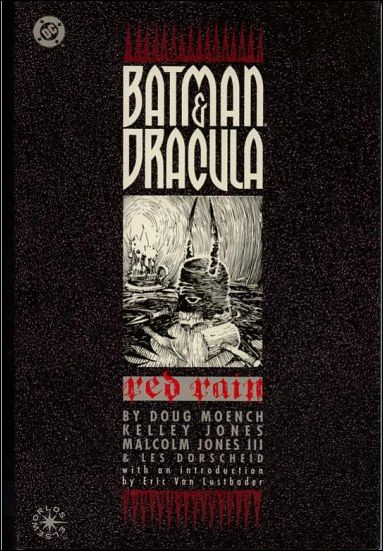 Red Rain, Bloodstorm and Crimson Mist make up this series of three stories that involve Bruce taking on Dracula and subsequently becoming a vampire. The art work by Kelly Jones is worth the price of admission alone but the story is actually pretty solid as well. 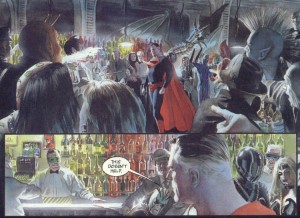 If you’re reading  this column, I’ll bet you’ve read Kingdom Come. Mark Waid and Alex Ross’s tale of humanity in a world of superpowers is still a favorite of mine. Ross has gotten criticized over the past few years for being boring with his layouts and art but Kingdom Come shows you why the guy got to where he is. This should be turned into an animated feature. 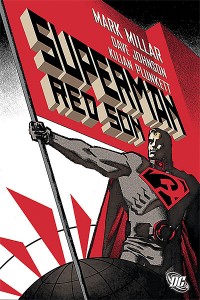 Kal-El crash lands in communist Russia and is raised by the state. As Stalin’s number one guy, he goes about turning Russia into a Utopia. Truth, justice and Communism. An interesting take on Superman as a character. Also an interesting note in DC history as this was the final nail in the coffin for open submissions at DC. 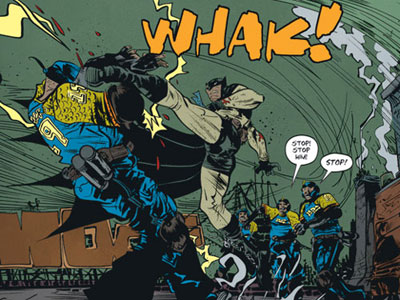 Paul Pope wrote and drew this look as Batman, legend come to life in 2039.  It’s a great piece of storytelling that may not answer every question you have but is still a satisfying read.

The great thing about Elseworlds is that there is a ton of possibilities. I understand DC slowing it down for quality control but I think there can be plenty of solid stories and creators to add to the legacy of this line.