The title of this particular post is “Hidden Gems” but I’m not quite sure if that’s incredibly accurate.  Most of what’s in here isn’t hidden at all really; if you go into a comic shop, a majority of it will be readily available to you.

But for whatever reason the items involved aren’t really “trendy” (for lack of a better term.

But I love introducing people to things. Take music for example. If you were to ask me who a great musical artist is one of my first responses is John Hiatt. Who? You’ve heard “Angel Eyes” by The Jeff Healy Band right? That’s a John Hiatt song. “Thing Called Love” by Bonnie Raitt? That’s a John Hiatt song. “Have A Little Faith In Me” as done by Joe Cocker or (urgh) Mandy Moore? John Hiatt. He also puts out great albums of his own that are critically acclaimed but the general public just kind of forgets about it. It’s not that he’s not talented, anyone can tell you he is it’s just that he gets overshadowed a little.

This list is kind of about those things and people and hopefully if you haven’t heard of them or maybe forgotten they were around, you’ll check them out.

It’s one of the few times where I saw a movie based on a comic, loved the film but have never picked up an issue. When The Losers came out, I missed it in theaters (as did many others) but once I saw it on dvd I passed it around to a lot of people as a title that should be watched. Finally about two weeks ago, after yet another viewing of the film, I picked up the first collected trade (which collects the first two trades).

How on God’s green Earth did I miss this?

Not to mention Jock on art. I’ve never really had an opinion on Jock before I read The Losers… I have been missing out. I love how he draws people, they just seem real; they have crags and laugh lines. They have scars. Just awesome. 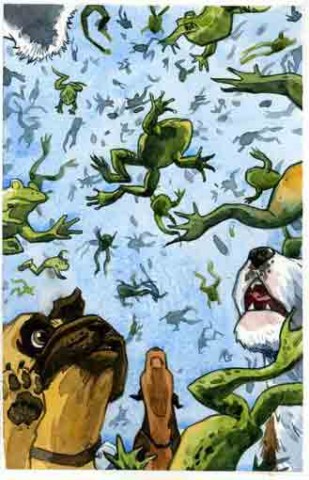 Best known for her for on the “Brief Lives” chapter of The Sandman, Jill Thompson should be a name that everyone knows for the pure fact that her work is amazing.

I love “Brief Lives“, it’s my favorite chapter of The Sandman. When presented with a limit on how much I could get autographed at a Neil Gaiman, “Brief Lives” was hands down going to get signed (my trade features both Gaiman and Thompson’s signatures on it and is probably my favorite piece in my Sandman collection). Jill’s art on it is fantastic and it’s probably tied for first in the best art category of Sandman story arcs. That being said, I say this with all due respect to Jill and her work;

Thompson can do a manga style. She can illustrate for children. She paints. What I think has happened is that many people understand that she does all of these things but haven’t really put together that it’s one person who is doing all of these things because in a lot of ways, they are so different.

Currently the perfect melding of all of her sensibilities seems to be the art on Beasts of Burden, a comic that combines cute but realistic animals and the X-Files. Each page is a sight to behold. Pick up the hardcover, well worth it.

She’s also worked on her own characters Scary Godmother and Magic Trixie (among others) in a variety of forms. Great if you have kids especially around Halloween.

Oh and follow Jill on twitter (@thejillthompson) but be warned, Monday’s belong to pro wrestling and she knows her stuff. 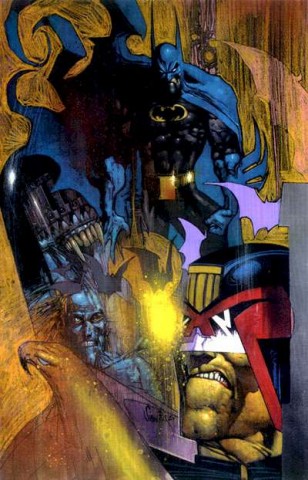 There used to be a time where you couldn’t shake a stick and not hit an Alan Grant penned Batman title but after the 90’s rolled over into 2000 it seemed he disappeared from our shores but he’s still hard at work on various comic projects in the UK. His Batman always felt right no matter how odd the situation. Lobo may not have been created by Grant but he sure as hell made it his character.

And don’t get me started on his Judge Dredd and Judge Anderson work.

A lot of his style (especially in his UK work) formed the basis for what we read today; Garth Ennis in particular is good example of someone who followed after Alan’s lead.

If I were DC and I were going to do an Authority book in the New 52, Grant would be a good choice for writer.

Please feel free to submit you hidden gems below.