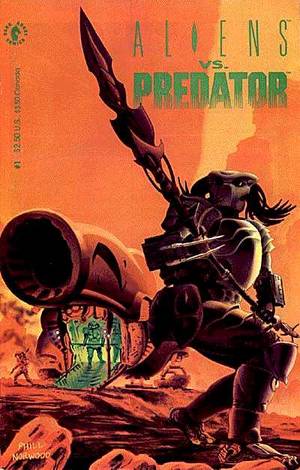 If you are a regular reader to this column, you know that sometimes I yearn for the 80’s. I’m very much a product of my pop culture filled childhood. Case in point, a new Predator movie is on it’s way this weekend called Predators (it amazes me it to a sequel this long to come out with that title. You’d figure after Aliens it was a no brainer) and I’m excited (yes this will relate to comics, just hold on).

I am of the humble opinion that action movies, while maybe not smarter then the current crop of action movies, they were better for entertainment value. When people got shot, they bled. One liners were awesome. And even though the movies like Lethal Weapon or Die Hard weren’t overly smart, they never looked down upon their audience; there was an almost silent agreement of disbelief between the viewer and the film makers of “Yes this is ridiculous but it’s fun, so if you don’t tell anyone, we won’t”. While I love a good suspense flick or drama, I very rarely will shell out the cash to see them in the theater. The new Predators flick seems to have embraced these ideals 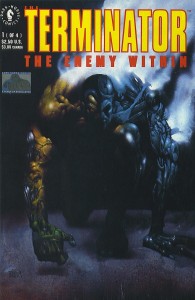 So while doing a piece for another website, I dove head first into my Predator stash and started to go through the Dark Horse omnibus of Alien vs Predator and it reminded me of how a head of the curve Dark Horse was when it came to those comics.

The stories were decently written and completely within character of the films that preceded them. The two species felt like they did in the movies. When a new concept or idea was introduced, it never felt wrong or tacked on. The art was also very solid. Very rarely spectacular (aside for certain covers) but it did it’s job and did it well. Very kind of meat and potatoes art. Nothing really flashing but you were satisfied when the meal was over. In fact, the only real downside was the interior coloring was terrible. I’d love to see what a good modern colorist could do to some of these books. They also established a little bit of continuity; certain characters stayed along through multiple mini-series. 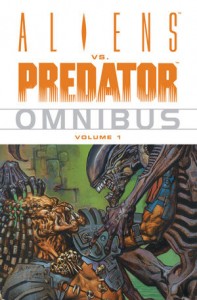 The thing I look at now that most impresses me is that fact that Dark Horse had a great knack for licensed characters. During that time period, licensed comics were not the greatest. Star Wars for instance, sticks out in my mind as not being really that decent among others. GI Joe and Transformers were the exceptions to the rule and then came Dark Horse. The Alien and Predator comics had some very decent high marks as did a few of the Terminator mini series. And what’s more is the creative engineering involved was also worth looking at. What some people don’t realize is that Dark Horse’s original Terminator license did not include anything from Terminator 2. It’s the reason why you never saw a T-1000 in any of the books. Marvel had the T2 license and promptly did nothing with it other then an adaptation of the film. I imagine there was a lot of silent screaming coming from Dark Horse’s side of the fence. “Think of what we could have done with those toys!”.But yet they turned that slight adversity around and still made great comics without the new shiny toys

Flash forward to today. Licensed comics are still hit (Buffy, The Muppets, The Incredibles) and miss (The A-Team, a lot of Transformers and GI Joe) but a lesson can be learned from Dark Horse. Look at Buffy, Star Wars, Aliens, Predator. They are some really decent comics not because they are flashy or anything, they are just solid creatively.

Sometimes you don’t have to reinvent the wheel. Sometimes it’s enough just to use the wheel well.